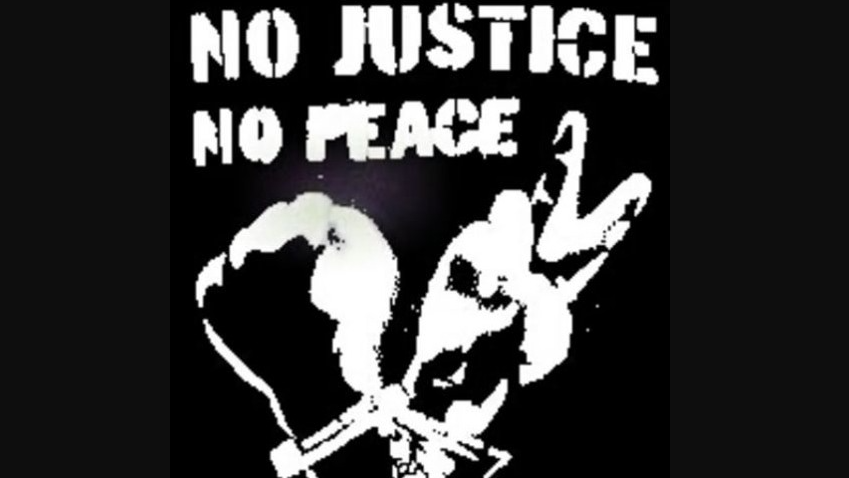 In recent days, on foot of a concerted campaign to stoke and inflame the anger in the Nigerian community, ordinary members of the public have borne the consequences. Shops attacked, and people imprisoned by angry mobs. Elderly ladies accosted and abused on the streets. Demands for “justice” which, very often, sound suspiciously like calls for vengeance.

The problem, of course, is that in the public imagination, the left cannot be guilty of inciting hatred. That is a charge reserved solely for people on the so-called “far right”. If you whip up hysteria and violence on the left, you’re campaigning for justice. And when you cloak your violence in phrases like “no justice, no peace”, you get away with it.

And, of course, much of the media, presented with violence that appears racial in nature, rush to make it a story about racism by working class Irish people. The fault, we’re told, lies with “the far right”, who are, of course, to blame for almost everything that goes wrong in Ireland.

The truth is that the overwhelming majority of Irish people want to live in peace, and harmony, with their neighbours. The idea that George Nkencho was a victim of an institutionally racist society is toxic, and poisonous, and more likely to create racial tension than it is to dissipate it. And the objective of some politicians in recent days has been to tell black people living in Ireland that this incident is proof that their lives don’t matter. When violence then erupts, are we supposed to be surprised?

None of this is to belittle what happened to George Nkencho.

Last week, an innocent mother watched her son get shot three times in front of her. A man watched his older brother get shot, three times. There was nothing either of them could do to stop it. That must be heart-wrenching. It is hard to imagine how one could recover from it.

Indeed, Blessing Nkencho, according to family friends, is doing “horribly”, and is unsure that she can ever return to her home again. Can anyone blame her? Imagine the memories she would face, every time she opens the front door, and sees the spot where her first-born son bled to death in front of her.

There is a Garda Ombudsman review under way to determine whether the shooting was justified. It may well come back and report that the Gardai acted correctly. But it has not done so yet.

What we can say, though, is that the shooting was understandable. George Nkencho put himself in a position, and behaved in such a way, as to make Gardai – or indeed any reasonable person – believe that he posed a real threat to the life of the people in his immediate vicinity. No member of the Gardai got up that morning, last week, and decided that today was the day they were going to shoot a Nigerian man. George Nkencho would be alive today, had he chosen almost any other course of action.

It is not wrong, though, for George Nkencho’s community to want answers from the Gardai, and from the state. Ireland does not have the death penalty for crime. When the state takes a life, it should be open, and accountable, in the matter of why it did so. George Nkencho was outnumbered by the Gardai by more than ten to one. He was armed with a large knife. It may well be that there was no alternative but to shoot him – but it’s not good enough just to assume that, and move on. George Nkencho’s life, as any other person’s life, was a valuable, and precious thing. It was taken by the state, and the state has a solemn duty to his family, friends, community, and indeed to the whole country, to prove that it acted correctly.

In recent days, some falsehoods have circulated about George Nkencho. He was not, for example, as some have falsely claimed, a hardened criminal with a train of convictions behind him. It is deeply wrong, and cruel to his family, to circulate claims like that without checking them first.

But by far the greater damage has been done by those in elected office seeking to exploit this incident for nakedly political purposes.

At its heart, this is a very simple story, when you take the racial element out of it, which we should. The Gardai encountered an armed man, who was threatening them, and other members of the public. They surrounded him, asked him to surrender, and he refused. When he continued to resist arrest, and attempted to attack – and possibly kill – a Garda, they shot him dead in front of his mother.

The Gardai deserve, for the moment, the presumption that they acted correctly. George Nkencho’s family, friends, and community deserve more than presumptions, and they should be afforded a full and transparent investigation.

But those inciting violence, and chanting “no justice, no peace”? If “hate speech” legislation means anything, they should face the consequences. Especially those in elected office.

Homes for Asylum seekers after 4 months. Everyone else must languish for years on lists