Nolan: Just Transition Commissioner should not be part-time role as Midlands struggles with peat closures 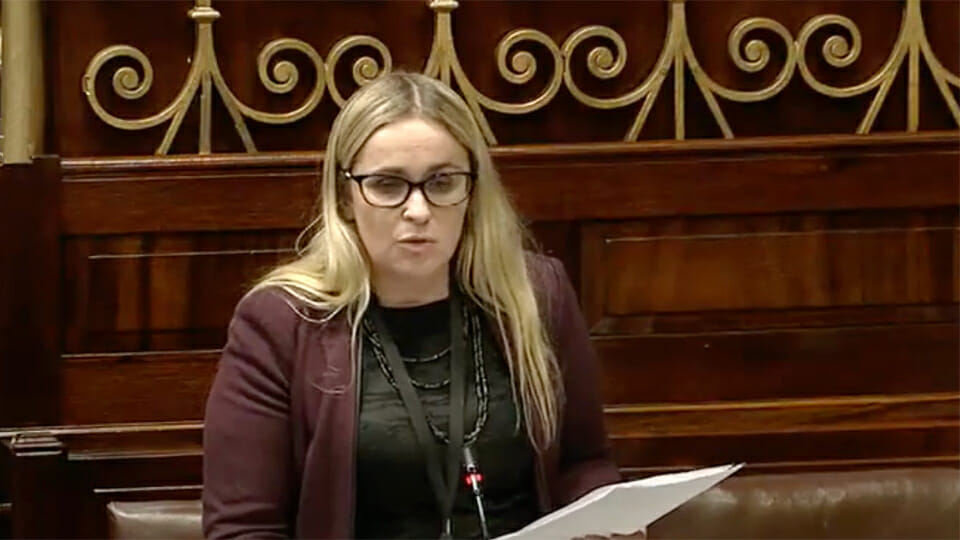 Independent TD Carol Nolan has said that that people in the Midlands who have been devastated by the closure of peat harvesting need more than a part-time Commissioner for Just Transition.

The Deputy for Laois Offaly was raising concerns around the proposed appointment of the Just Transition Commissioner, Mr Kieran Mulvey, as the chair of a new government expert group – a move she feels would distract from the focus required to deal with the issues raised by the forced closure of peat stations in the area.

The government’s Just Transition fund was set up to assist communities in the Midlands whose jobs were taken by the abruptly accelerated phasing out of peat for electricity generation.

However, critics have claimed that not one job has been provided by Just Transition to date, even as peat is imported from Germany and other countries.
Deputy Nolan said that appointing the Just Transition Commissioner, Mr Kieran Mulvey, to another board showed the lack of commitment the Government had to people left struggling in the Midlands because of the policy on peat closures.

“When the Just Transition Commissioner was first appointed there was a general sense that this was a welcome signal from government and that it was taking the issue of transition in the Midlands seriously,” she said.

“Since then however, we have all come to see the utter failure of the process in terms of protecting communities and generating real employment or in fact any employment. The only thing that has been successfully achieved is an undermining of the economic integrity of counties like Offaly.”

She said the role of the Commissioner “is extremely far-reaching in that he is tasked with engaging with all relevant stakeholders, including local community organisations; Bord na Móna; the ESB; the midlands transition team; local authorities and public representatives; and relevant trade unions and workers’ representatives.”

“The commissioner is also expected to review experiences and best practices in other projects and areas, nationally and internationally, and review relevant existing State plans and programmes.”

The Independent TD said she felt “it is only reasonable at this point to raise concerns around Mr Mulvey’s appointment to yet another expert group tasked with dealing with some of the most protracted and complicated pay disputes of the last decade.”

“Does the Midlands really need a part time Commissioner, or does it need a Commissioner whose sole focus should be on delivering a genuinely just transition; one that families and workers can live with and thrive with?”

“Is a part-time Commissioner perhaps an insight into this governments part time commitment to the midlands?”

She said her statement was not in any way to personalise the issue. “I have nothing against Mr Mulvey who has a fine record of public service.”

“But surely the government would accept that since he has already been tasked with overseeing one of the most seismic economic shifts in the history of the midlands then it may not be the most appropriate option to appoint him to this new and time demanding role as chair of the new expert group,” concluded Deputy Nolan.