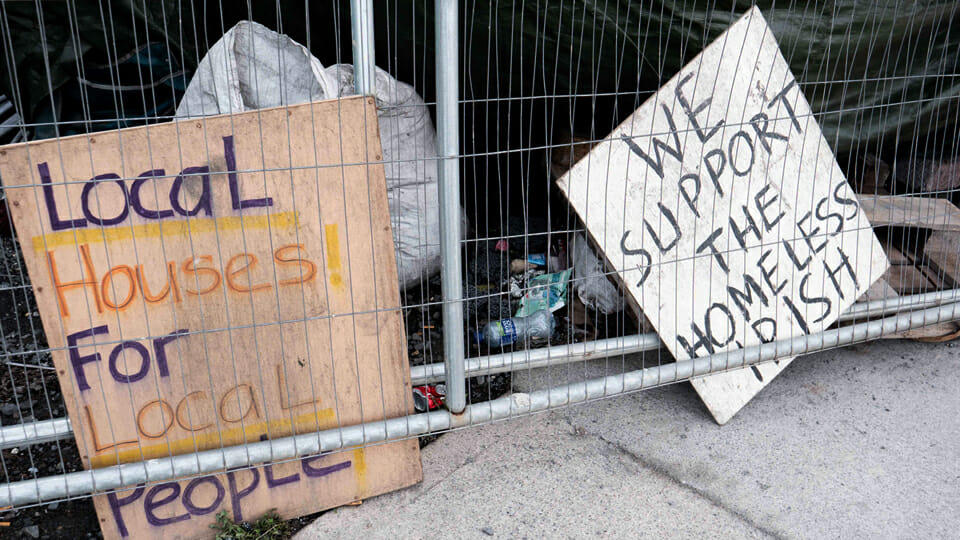 A High Court judge has been criticised by protesters after they alleged that she threatened to involve “outside agencies” relating to their children during a hearing into a housing case. The case involved a building firm which has taken a High Court proceeding against protestors involved with the ongoing “House the Irish First” demonstration in Mulhuddart.

The firm, K&J Townmore Construction Ltd., has been contracted by the local Housing Association to build 65 houses and apartments, and claims that its processes have been impeded by protestors since mid-January.

An ongoing protest has been organised by locals who have had a presence at the site since the protest began, holding signs and placards which read “Local Houses for Local People” and “House the Homeless Irish First”.

Their stated goal is to highlight what they see as unfair housing policy on the part of the authorities. They claim locals on the housing list are allegedly being discriminated against in-lieu of prioritised foreign nationals.

The case is being presided over by Judge Leonie Reynolds, daughter of the late Fianna Fáil Taoiseach Albert Reynolds. Judge Reynolds expressed concern over the number of people who “appear to be under 18 years of age” involved in the protest, and claimed that they were being “used as pawns” in the demonstration. She said that if this turned out to be true, “other agencies” may become involved in the proceedings.

One local, when asked for comment, told Gript she was a grandmother, and said that she was proud of what the protestors had done, but felt “dejected” with the High Court’s involvement and was “shocked” at the Judge’s remarks.  She said protesters felt her words constituted a threat to take away their children.

The case has been adjourned until later this week whereupon it will be heard in the High Court.

Election Mystery: Who called the fire brigade to the scene of a single burning poster?