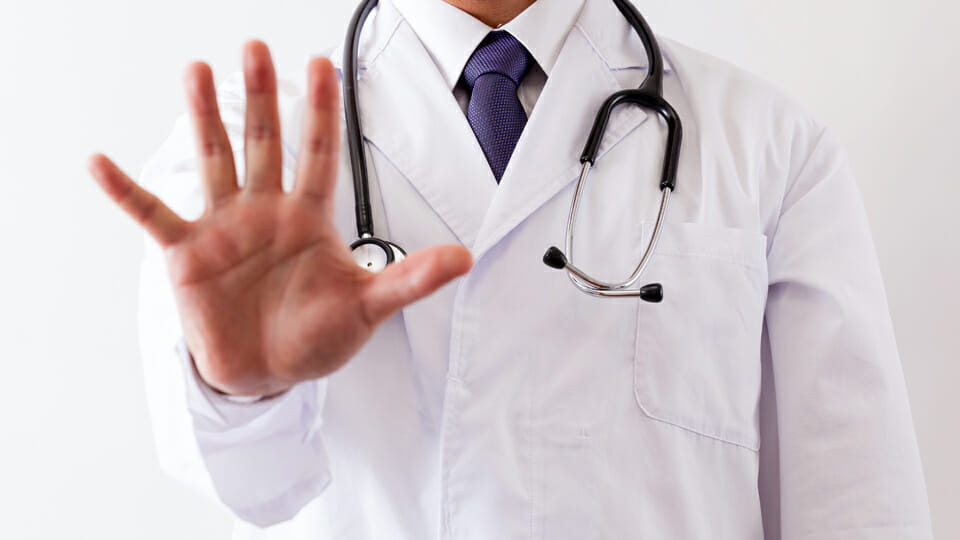 The Medical Independent is reporting  today on a survey which has found that more than half of non-EU doctors would not recommend to colleagues to work for the HSE:

This of course still means that just under half of non-EU doctors would recommend to colleagues to work in the HSE.
This is despite the fact that our health system is, apparently, an “inherently racist” one. At least according to Surgical Registrar Dr Naveed Abbas:

“The truth is Ireland is working on an inherently racist system. A less-than-casual look at the training posts and numbers, as well as the demography of the consultant cohort will be enough to delineate a clear pattern of bias against immigrant doctors.”

So, while this survey clearly points to a significant degree of dissatisfaction among foreign born doctors working here, it could still be interpreted as a kind of glass half full/glass half empty scenario.

On the other hand, given our health systems massive levels of dependence on foreign born doctors, it is probably more of a glass half empty situation than we would like to admit.

In fact, a 2019 Report from the OECD outlined in fairly stark detail that Ireland’s share of foreign-trained doctors is the third highest among western countries, at 42.3 per cent. Only Israel (57.1 per cent) and New Zealand (42.4 per cent) are more dependent on overseas doctors.

That same OECD report also found that while Ireland has the highest number of medical graduates per population among OECD countries, half of the students come from other countries.

There is also the problem identified by Justice Peter Kelly in 2018.

At that time Justice Kelly publicly asked how a situation could arise whereby registered overseas doctors “with little knowledge of the basics of medicine” were recruited to work for the HSE.

It was also reported that privately, “senior doctors are quick to express concern about the Irish health system’s ever increasing reliance on overseas doctors and the challenges of adjustment and integration this poses. The system’s equally heavy reliance on temporary, agency staff exacerbates the situation.”

By failing to attract foreign born doctors we risk creating even longer (if that were possible) waiting lists for some specialities.

But equally, by increasing the number of overseas doctors we would appear to be risking an escalation of poorly qualified and dangerously unsuitable people being hired.

It is an unenviable dilemma for the HSE and more importantly, for patients.