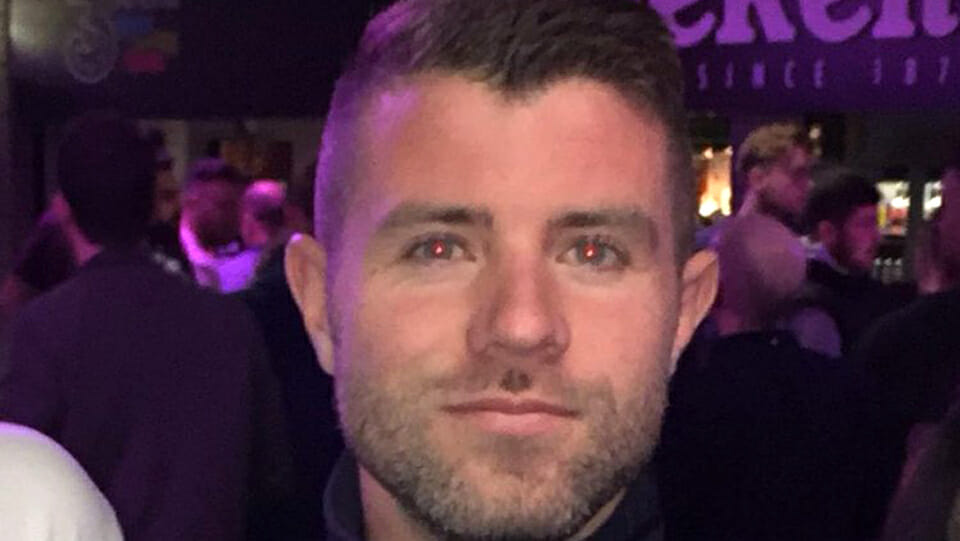 Today, on World Mental Health Day, Steenson told that he had previously posted on social media about his attempt to take his own life when he was 16 years old and severely depressed. The post went viral, and, Steenson, revealed helped other people who were in the same dark position.

“I put this post up a couple of years running and I can’t explain the amount of messages I received from people saying things I would have never imagined – things like how they were seriously thinking about taking their own lives before they read it and its given them a reason not to. I posted about it when I wasn’t as reluctant to put myself out there on a personal level but as I’ve gotten older I’ve been less inclined to do that. Also I didn’t want to appear to be on a bandwagon or a part of a fashion trend. Then I realised it’s not about me, bandwagons don’t matter and somebody else’s personal opinion of me is none of my business. I realised it would be selfish not to share it because if there’s even a 1% chance it will change anything for anybody then its imperative that I do it.”

“About 10 years ago, I was around 16/17, after having a few drinks – in a depressed and frustrated state – I cut my arm to the bone with an art blade I got from school. I cut two minor arteries that were running into a main artery and very nearly bled to death, only for my Da speeding up the North Circular Road with me in the passenger seat in and out of consciousness seat I’d be dead now. It’s always felt strange and extreme saying that, but its not an exaggeration. The images haunt me. The last thing I remember is being on the floor in A&E with doctors frantically swarming around me. Another 10 minutes and it would have been too late.”

“I don’t know if I’ll ever be able to forgive myself for putting my family through that and I can never take it back, I do know I was extremely lucky though. This is the picture of the hoodie I was wearing that I left at home with my Ma, not knowing whether her I was dead or alive. Being a parent now I can’t imagine how that must have felt. Horrific. What was I thinking. This was all because I didn’t talk about things, kept them bottled up, the usual. We live in a big bad world and every day people take their own lives. Maybe they don’t know where to look or who to talk to, maybe they’re too afraid. I understand. It gets dark. I know. It gets really really dark and its horrible. Like there’s a grey Instagram filter on the world. And its hard to pull yourself out of it..but you have to. Nobody else is going to do it and every single one of you is worth as much as the next person.”

“Today is World Mental Health day- so use that as an excuse to take a second and see if there’s something you can do to help a friend, family member, work colleague or whoever out of a difficult situation. The two minutes it takes you to talk to them and make sure they’re alright could make all the difference. And don’t not do it because you think somebody else will, because that somebody else is probably thinking the same. We spend hours upon hours looking at every inch of each others lives on a screen but we’re afraid to have a deep conversation with each other.”

“Regardless of what you might think, the reality is you never know whats going on inside peoples heads. What you can do is help yourself to understand what they’re going through – and that helps. A few years on and I can’t explain how fortunate I feel to have a 2 year old son and he is my whole world. I don’t even know if I ever really lived until I seen his face. And I almost didn’t. He – almost – didn’t exist. Imagine that. I can’t!”

There’s always a better place, but you don’t have to leave to find it. Keep the head up👍