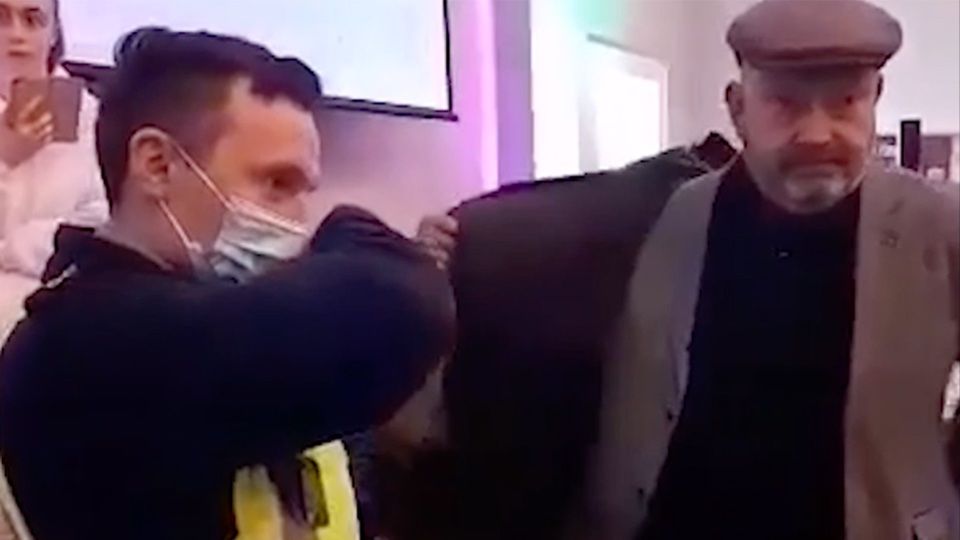 Pastor Sean Cronin, of Open Gates Church in Ballymun, was arrested on Sunday whilst speaking at a service in Abundant Grace Church in Ringsend. It appears he was arrested for a breach of the Health Act but the Pastor told Gript that the situation “wasn’t very clear” and that he “still wasn’t sure if they’ve charged me with anything or not.” #

Pastor Sharon Perry, of Abundant Grace Church, was leading the service when officers entered the Church.

Pastor Cronin told Gript that police “marched right into the church in the middle of us holding the service; I’ve never seen anything like it.” Pastor Perry said an officer “came right up to the pulpit, where I was, and told me I had to close the meeting.” Pastor Perry refused to end the meeting without a final prayer, and the officers allowed that prayer to take place before they began taking the details of some of the congregation.

Some members of the congregation had their details taken by police but it appears only Pastor Cronin was arrested. According to Pastor Cronin “I told him I would go willingly, I didn’t resist arrest, but it was highly provocative and aggressive the way they came in.”

Pastor Cronin says that the congregation became “deeply upset at what was happening”, particularly, he says, “because one of the officers struck me – he midriffed me with quite an assertive push.” Video seen by Gript does show an officer pushing Pastor Cronin, but the video does not show the leadup to the push. Pastor Perry says that an officer “bruised her arm, I’ve got the imprint of his thumb and fingers there still; it was quite aggressive.”

The Pastor told Gript that he had been “very mindful of the health regulations in place” and that this was the first religious event he had spoken at since Churches were ordered to close, but that “worship is a human and constitutional rights, and as Christians we need to demonstrate a dignified strength.”

Pastor Perry says officers told her that if people congregate in the Church again “we will be met with Guards at the door.” The Pastor says that she has also been told she will now be fined for “organising an event.”

We’ve reached out to the Garda Press Office for comment, we will update this article when it is received.