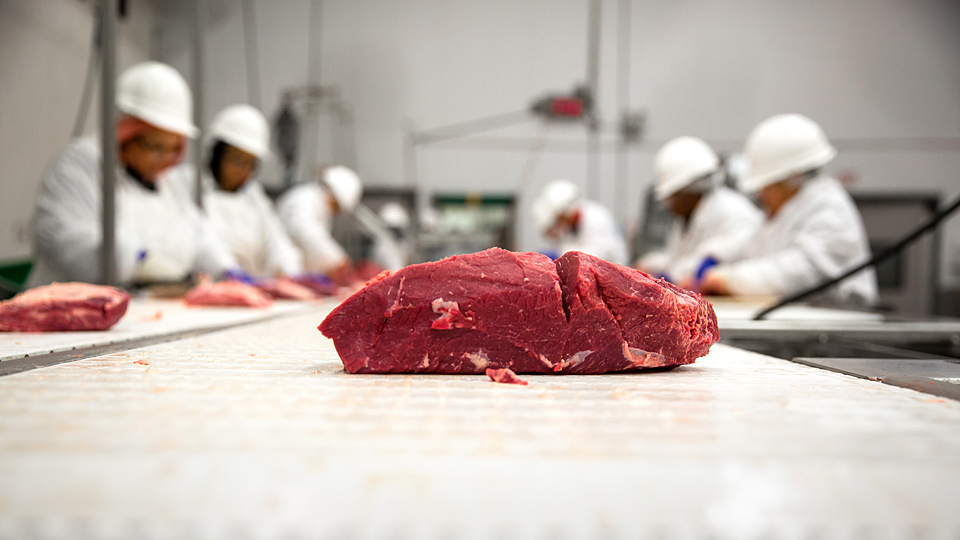 The decidedly unWoke American socialist Upton Sinclair once declared: “It is difficult to get a man to understand something, when his salary depends upon his not understanding it.”

Sinclair wrote scathingly about conditions in the Chicago slaughterhouses of the early 20th century. His adage might equally perhaps be applied to some of those who have turned a blind eye to what has been happening in the Irish meat sector amidst the Covid panic.

Those intrepid journalists who have been busy door-stepping Spanish students at Dublin airport, or people attending GAA celebrations, and even Mass-goers have somehow overlooked one of the main scandals that continues during all of this.

Namely, the recurring clusters of the virus that have centred on meat factories which employ migrant workers, many of them from Brazil. I’ve previously written about the issuing of work permits and arrivals here while the country has been subject to unprecedented levels of state regulation and restrictions.

But what is it like for those who work in those factories and who are familiar otherwise with conditions there?

Gript has spoken to Michael, an employee of a major meat processor who worked at one of its plants during and after the outbreaks of Covid-19 in the meat factories which took place last summer. He was infected with the virus last June and when he informed the management, he was told to take two weeks off.

However, he believes that the same safeguards and restrictions were not being applied to immigrant workers at the factory, who he believes are sometimes being exploited to the benefit of the profit margins of meat processors.

“Many of the Brazilian workers were using paracetamol to bring down their temperature, then coming to work anyways and spreading the virus. The locker rooms we were using made it impossible to social distance and at the time of this initial outbreak there was no protective screens between workers or anything like it, so the virus spread like wildfire. What was also found out was that many of these Brazilians were not only spreading it among the factory, but among themselves, they were carpooling with as many people they could fit into the car as possible,” he said.

Some of this was reported at the time with at least one factory being visited by Gardaí with regard to non-compliance with measures that were supposed to be in place to prevent the spread of the infection. However, not only is it claimed that the warnings were ignored but the meat factories continued to bring in workers from Brazil and elsewhere. There have been further outbreaks including those reported last week at ABP in Bandon and Slaney Meats in Bunclody. According to statistics from the Department of Enterprise, Trade and Employment, another processor, Kepak, was issued with over 100 new work permits for non EU/EEA citizens in the months following the initial outbreaks.

Meat factories continue to do seek migrant workers, with the consequence that they continue to be the centres of significant Covid clusters.

Michael describes how this was operating where he worked:

“Shortly before I left the place, they brought over at least a couple dozen of workers from Brazil to work the night shift, paid for their visas and everything, as well as sorted accommodation for them. That’s one of the reasons why I left, the factory was a breeding ground for Covid-19, and they were making it worse by bringing dozens of Brazilians in to work, who were then hiding their symptoms.”

Shoddy practises in work environments were confirmed by SIPTU’s Greg Ennis who told Gript of his experience in dealing with meat factories as the SIPTU divisional organiser for the sector. He referred to the recommendations of the Oireachtas Covid Committee last October regarding the meat factories, and how factory the owners seem to have been given an exemption:

“As you may be aware, the Oireachtas Special Committee on Covid-19 issued its recommendations on October 6th 2020 for the Meat Industry, included was the provision of sick pay for workers in the Meat Industry, however the Govt. will not address this until the end of 2021 according to the Tánaiste. So much for wanting to do everything possible to beat the pandemic,” he said.

Micheal’s experience appears also to contradict the industry’s claim to have strictly followed the Covid-19 guidelines regarding infections and testing:

“So it got to the point where they were having staff members tested en masse, anyone found positive was sent home and got their two weeks off. However, I wasn’t asked to be tested, and neither was my immediate supervisor. Both of us had gotten the virus previously during the first wave of infections, and due to this they told us we didn’t need to get tested because the results would only show up positive regardless,” he told us.

Not surprisingly, workers of all nationalities were greatly concerned at how the outbreaks were being handled and that led to a walkout at one of the factories. Michael’s account of that, and of discussions regarding a possible strike, seem to confirm Greg Ennis’ description of the difficulties of organising such a workforce, with Michael referring to representation among “each ethnic group” in the factory where he worked which seemed to have been almost separate from the union structure there.

Ennis told us that “SIPTU is not happy with compliance as the information is very scarce and such workers are reluctant to join or talk to trade unions for fear they will be victimised by employers.” He was specifically responding to our query regarding the extent to which the companies comply with regulations governing the issuing of work permits. SIPTU represents over 6,000 of those 15,000 people employed in the sector.

Legally, the factories are supposed to first advertise and fill the vacancies here, but according to Michael that was not the case, and that local applicants were passed over following job applications “I previously tried to acquire a job for another person where I worked, got the form and everything for him, and nothing happened. Two weeks later well over a dozen Brazilians are brought in to fill any positions,” he said.

Claiming then not to be able to fill positions in Ireland, or even within other European countries, the companies contract agencies to recruit workers from overseas, Brazil being a favoured location. As with Keelings and others, this is something that is potentially open to abuse with regard to minimum wage legislation, and conditions regarding union membership, sick pay and so on.

“Ireland needs to bring in legislation like Germany has just done since January 1st 2021, wherein the banning of such indirect agency/permit employment and forcing the employers to use direct employees only.”

Then there is the issue of the accommodation that such workers live in. Both Michael and Greg Ennis referred to this, and it was obviously a factor in how the virus spread rapidly not only among the meat factory workers themselves, but through the wider community:

The companies have to offer accommodation but “the standard is abysmal and even though these migrant workers do not have to take this accommodation as offered, they have little choice as the pay rates are so low, they cannot afford to rent any other accommodation. We are aware of multiple 4 bedroom houses being rented by four families in particular towns, one family per bedroom, with communal utilisation of toilets, kitchen, etc,” Ennis said.

“Low pay forcing people to car pool and share rooms in accommodation and no sick pay provision forcing people to attend work with symptom of covid, etc. will only ensure that Covid continues to wreak carnage in the meat industry and in the wider communities, as has been seen yet again over recent days and weeks in new and significant meat plant clusters,” he added.

Then there is the question as to who owns the properties that are rented out. According to both Michael and Greg Ennis there are what Ennis describes as “tenuous links in some cases” between the factories and the landlords, “usually one step removed and extremely difficult to prove.” Ennis stresses that this “is related to the meat industry in general and not any particular or specific employer.”

Which again is something that Upton Sinclair might have recognised. A company town as they were called back in the day. Right down to political representatives it would seem who bat for the beef barons when it comes to compliance.

None of the above is designed to reflect badly in any way on the Brazilians and others who come to work here. They are only pursuing their own interests. That is not the issue.

Those of us critical of where this country is headed as mapped out in Project 2040 and elsewhere have pointed out that there is no gain for the country and its people in the main. The fact that the Covid panic has shone a light on some of this is indicative of the extent to which the political and indeed “intellectual” elite – god help us – have completely bought into the notion that Ireland should be no more than a tax haven and low wage and preferably non-union base for international capital.

The well-being of the people of this island, the survival of a “native” community, or indeed the well-being of the migrant workers are of no interest other than as a stick to beat one with the other. “To diversity on a hand cart, and the devil take the hindmost” is the motto of our “elite”, it would seem.

Sunday Independent to Harris: Is it hard being this popular?