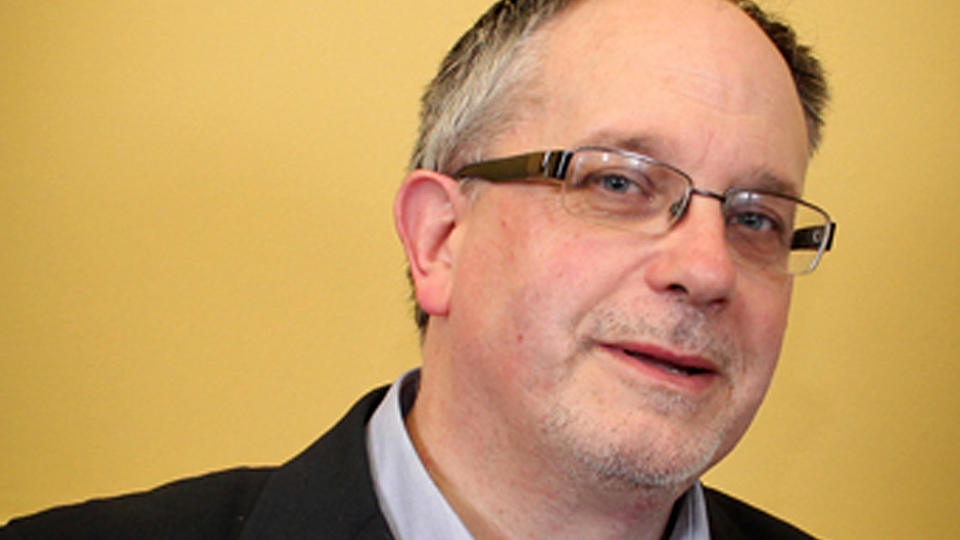 On Tuesday last, the Dáil allotted time to statements on the European Council of Ministers meeting that had ended on October 16. At a time when the Brexit negotiations and the Covid panic were exercising most minds, those topics took up the bulk of member’s contributions. Not so, Mick Barry the reticent communist TD for Cork North Central.

Such trivia is clearly beneath Deputy Barry so he went on instead about the totally unrelated topic of black history month, and the visit of the black former slave and abolitionist Frederick Douglass to Ireland in 1845.

Barry’s main point appeared to be to associate the Irish people with slavery, specifically by naming one David La Touche a banker, and seemingly a slave owner. A bad egg you would have to agree. The thing is, that not only had La Touche nothing to do with the “Irish people”, but was in fact one of the Huguenots who came here from France to take advantage of the Penal Laws and acquire the property of the dispossessed Irish Catholics.

Had there been a Mick Barry on the left of the colonial party back then, he would most likely have argued that the Huguenots were a persecuted minority. In fact Barry’s own Marxist sect, carefully hidden away in yet another Trotskyist fly trap to entice the gullible, supports a Socialist Federation of Britain and Ireland. Colonialism wrapped in a red flag, you might say.

To attempt to use one of the colonial oppressors of the Irish as a stick to beat us all with is not only ahistorical but deliberately offensive and designed to induce feelings of guilt. Just as are the references to slavery as a means to create the impression that we need to be “educated” in order to help overcome the subjective belief that black people living in Ireland today are somehow the victims of “discrimination or second class citizenship.” What evidence is there of this? Barry’s reference to Douglass is interesting. Douglass did indeed find a warm welcome in Ireland having only escaped the abomination of slavery and addressed large meetings here. 1845 was of course the first year in which the Great Hunger began to become evident with the failure of the potato crop in the Autumn of that year.

Douglass wrote of the starvation that was beginning to ravage the Irish dispossessed and was also sympathetic to the political claims of Ireland through his admiration of Daniel O’Connell who had been one of the main organisers of the movement to remove legal penalties on Catholics and was also one of the best known anti-slavery voices of the period. He described the oppression of the Irish as the “same degradation as the American slave”. Indeed, Douglass was attacked for his alleged sectarianism against Protestants here by referring to such issues. Anyone familiar with the attitude of much of the left to the situation of Catholics in the north of this country will recognise that trope.

It is clear that Douglass recognised a commonality between the plight of black slaves in America and the vast majority of our people at the time, on the cusp of yet another mass eradication of as had occurred at regular intervals since the original conquest. Douglass was no doubt conscious of the affinity between people whose oppression had undermined their sense of worth and dignity.

The colonisation of Ireland attempted to achieve this not only by denying property and legal rights to the majority, but by attempting to suppress and eradicate the religion and language and other cultural expressions that defined the Irish as a people.

In attempting to overcome that among the slaves and descendants of slaves, Douglass like the emergent Irish cultural nationalists was not seeking to create a benign dependency on their masters and former masters, but a sense of independence and dignity:

“What I ask for the Negro is not benevolence, not pity, not sympathy, but simply justice[.] … Everybody has asked the question, and they learned to ask it early of the abolitionists, “What shall we do with the Negro?”  I have had but one answer from the beginning.  Do nothing with us!  Your doing with us has already played the mischief with us[.] … [I]f the Negro cannot stand on his own legs, let him fall also.  All I ask is, give him a chance to stand on his own legs!”

In a curious way, that also foresaw the position taken by Malcolm X who had rejected the blandishments of Deputy Barry’s Trotskyist comrades in the American Socialist Workers Party and whose friend Mike Handler declared had “no time for Marxism.” Indeed like other black intellectuals such as Harold Cruse and Ralph Ellison, his contact with the American left had convinced him that it contained nothing for his people.

Douglass felt the same way about the Democrats who he described as the enemies of black people. Perhaps that was why Antifa and Black Lives Matter removed a statue of Douglass from Rochester, New York in July, shortly after President Trump had announced that Douglass would be one of those to be honoured in a proposed Garden of American Heroes.

That would be unlikely to find a place on the curriculum of any black history approved by Barry and the left. Nor would racist statements by the founders of the Marxist cult, such as Friedrich Engels’ deplorable claim in 1887 that black people are closer to animals than to white people. Or to Marx’s Nazi-like deduction that one of the socialist opponents of his totalitarianism, Ferdinand Lassalle, was “negroid” based on an examination of his “cranial formation and his hair.” Neither thought highly of Irish people either.

Perhaps the most apt summation of the difference between Douglass and the Marxists is that penned by Jarrett Stepman: “The words and philosophy of Jefferson and America’s other Founding Fathers made free men out of slaves. The communist ideology of Marx and Engels made slaves out of free men and plunged large parts of the globe into misery, tyranny and darkness.”

Comrade Barry and the other totalitarians among us want to recreate the latter, and having abandoned the working class as the vehicle of social collapse, have cynically adopted the rhetoric of race and indeed of racism as the means to that end.

It is noticeable too that Barry and others have little or nothing to say of black Irish people like Phil Lynott and Paul McGrath who are much beloved – as persons, not as symbols of anything.