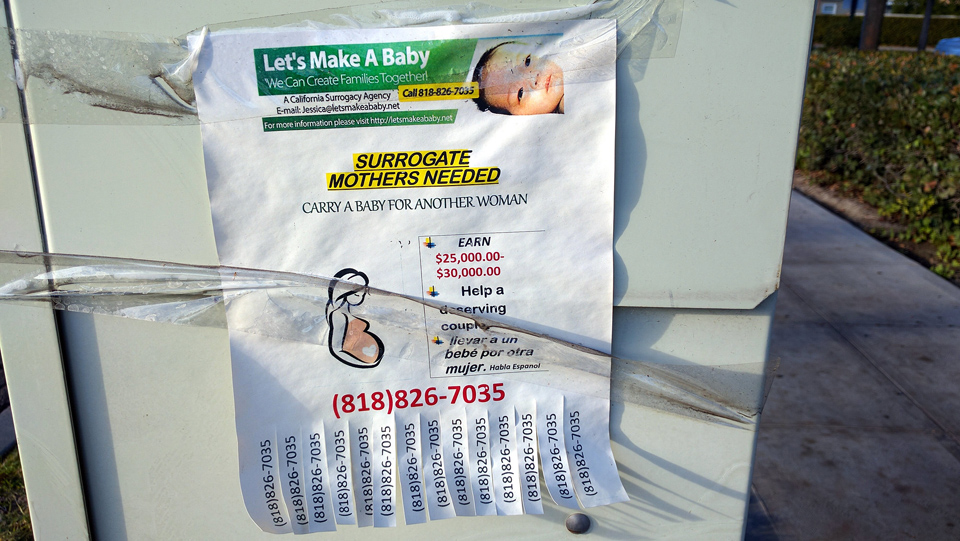 International surrogacy is often reviled as a system in which Western, mostly white people, exploit the bodies of women in underdeveloped countries, who are often women of colour. A typical feature in the media will display images of poor, heavily pregnant women in saris sleeping in a crowded dormitory.

But this is not the image of surrogacy in Japan, explains Yoshie Yanagihara, a sociologist at Tokyo Denki University in a fascinating article in the journal Bioethics. After studying portrayals of surrogacy in the Japanese media, she concludes that “The current situation in Asia flips this perspective—with white women regarded as easier targets for exploitation by wealthy people of colour. For Asian clients, Westerners can be easily regarded as ‘others’ whom they can use for their reproductive needs.”

She contends that women’s bodies everywhere – in Mumbai or Los Angeles — must be protected “regardless of nationality, ethnicity, skin colour, or religion”.

Yanagihara points out that forms of surrogacy were institutionalised in traditional China, Korea and Japan, even into the 20th century, even though modern government have banned it. In Korea, for instance, couples without male heirs used surrogate mothers called ssi-baji. If one of these women had a boy, she handed him over to the client and was handsomely paid. If she had a girl, she kept the child and received a smaller fee. Her daughter then became a ssi-baji as well. China and Japan had similar systems, driven by the imperative for male heirs.

When American-style surrogacy with IVF emerged in Japan, it received a cool reception and was regarded as commercial exploitation. However, a TV celebrity couple, Aki Mukai and Nobuhiko Takada, used American surrogates in the early 2000s. Eventually they lost a long legal battle to have the children become Japanese citizens but a tsunami of positive publicity for their children helped to turn Japanese public opinion around.

In books, TV series and magazine features, Mukai idealised her American surrogates, Cindy and Sandra, as loving women “filled with motherhood” and even “sacred”. Christianity, Mukai suggested, made these women naturally altruistic.

This theme often seems to be emphasised in pop culture in Japan. As an example, TV celebrity Izumi Maruoka found a surrogate in Russia in 2018. In a TV interview afterwards, she “asserted that the motivation of the Russian surrogate mother was based on her Christianity. Maruoka’s explanation reflected the shared Japanese myth that the most important motivation for many white, Western women to become surrogate mothers is their Christianity.”

Japanese are aware that surrogacy is, or can be, a form of exploitation – but if women of colour are involved. White women, whether from Ukraine or the United States, are believed to do it out of Christian altruism.

“Surrogacy has long been considered a transaction between white women and women of colour or Westerners and ‘Others’. However, the power structure of the current Global North-Global South divide is dramatically changing. Economists predict China will become the world’s largest economy and maintain that position over the next decade. The surging number of East Asian clients engaging in cross-border surrogacy in Western countries will likely continue to rise.

“Therefore, the growing East Asian surrogacy market will create (or, in the case of Japan, has already created) a rhetoric about Western surrogates. Once the triumph of persuasive rhetoric makes Western women ‘convenient’ surrogates, it exposes them to become a target of supply for the market.”