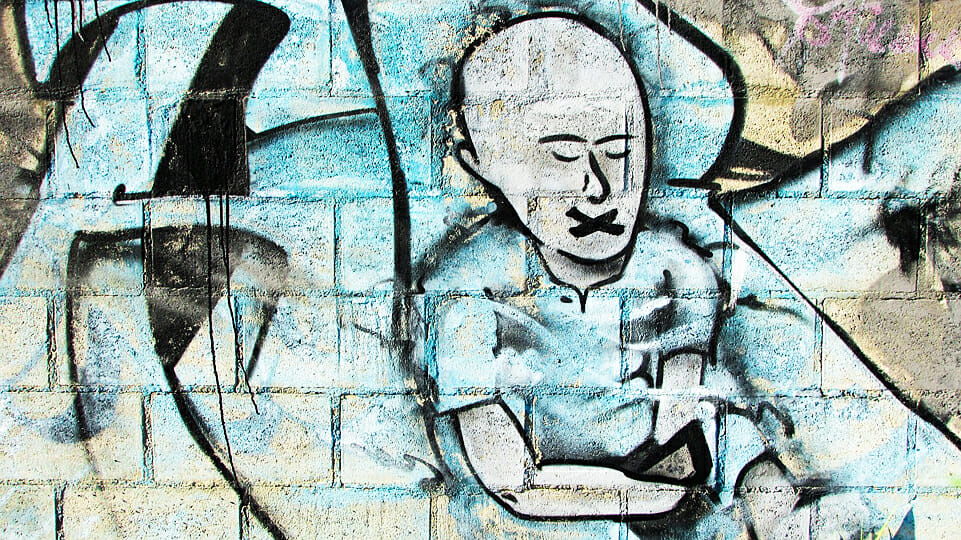 Last week I wrote an article about the recent media response to a group of students, including myself, attending the Young America’s Foundation National Conservative Student Conference in Washington DC. In that article, I spoke about the media and political intolerance towards opinions or beliefs that stray outside the ‘acceptable’ set of ‘progressive’ left-wing social/economic positions which are commonplace in Ireland today. Ireland today is almost unrecognisable from the Ireland in which I grew up. I’m 26 years old by the way. Over the course of two decades we have gone from backwards, church going, abortion hating folk who can barely mention the word sex without turning the colour of a ripe tomato to progressive, outward looking, reforming, inclusive, woke and most importantly, equality driven folk.

That’s the transformation I keep hearing on radio, TV, on college campuses, from progressive activist organisations, lobby groups and civil society groups alike. It’s not accurate. In two decades, Ireland has lurched from one doctrine of intolerance to another. My recent experience has confirmed a suspicion I had held for a while now which is that the pervasiveness of progressive ideology runs deep throughout our political and media landscape. I have come to the realisation that even the most mainstream ideas like free speech, liberty, free markets and freedom have become associated with ‘far-right’ ideology and that there is a clear, concerted effort by elements of our media and political establishment to paint them as so.  These positions are classically liberal positions. Liberalism gets a raw deal today mainly because radical leftists in the USA are referred to as ‘liberals’ but in truth, if you believe in the above ideas, you’re a liberal at heart. Progressives are not liberals. Where conservatives and liberals find common ground, progressives and hard left wingers oppose them and are happy bedfellows. Enforced ‘equality’ to replace meritocracy, huge tax increases to tackle the ‘climate emergency’, legalised slaughter in the name of ‘choice’, drug decriminalisation and legalisation despite no solid evidence to show its success, anti-Israel rhetoric and staunch support for a brutish and intolerant Palestinian regime. These are some of the common positions advanced by progressives and left-wingers in Ireland and any opposition to these positions is greeted with outrage, cancel culture and slanderous attempts by our resident ‘liberals’ and progressives.

You might think that this is nothing more than a shift in the ideological winds. Ireland has stepped into the 21’st century. It’s not. The need to stamp out dissenting opinions is insidious and is about to hit top gear. Recently, the Vice-President of Young Fine Gael (an organisation I am a member of) told me on twitter, “1930’s Ireland called, they want you back”. This was due to my voicing of support for Killian Foley-Walsh, President of YFG, who was under attack by Irish media and political vultures over his attendance at the YAF conference which I spoke about in my recent article here. She also falsely accused me of saying previously that women’s brains are not big enough for politics, which is nonsense of course. What I actually said was that there are personality and biological differences between men and women which in turn contribute to career selection.

This same Vice-President of YFG is a perfect example to use because she personifies progressive intolerance in Ireland. To her, I am a relic of the past with beliefs that must be eradicated by any means. This is where we get to the juicy part! Those means can, and often do include falsely quoting someones previous comments to discredit them, taking their comments out of context and even blatantly lying – as the VP of YFG did in her attempts to discredit me. Truth becomes lost in frantic attempts to silence those they disagree with.

It would be relatively OK if this behaviour was limited to disgruntled young feminists like the VP of YFG but it’s not. This practice is taking place across our media and political systems. What’s more, it has become increasingly obvious that some of our prominent journalists and media orgs are a little too close to comfort with our governing party – Fine Gael. Since Leo Varadkar became Taoiseach in June 2017, FG ministers, as well as the Taoiseach, have hired over a dozen journalists into handsomely paid political advisory roles.  I don’t know about you but I like my journalists and politicians in separate beds. In the last three weeks we have seen a media and political response to 11 students attending a conservative conference in the US from the Irish Independent, the Irish Examiner, the Limerick Leader, the Irish Times and several others that was at worst lies and at best, wilfully spinning a particular narrative. One that included calling Ben Shapiro (a Jewish conservative media personality) far-right, suggesting that Young Americas Foundation (YAF) was just a “right-wing breeding ground”, discussing the growing “threat” of far-right ideas that are apparently connected to conservative ideas and most shockingly of all, the Editorial in the Irish Examiner which suggested there was a “commonality” between the YAF conference and the shootings in El Paso and Ohio that took place in the same week.  In my recent article I cited a Fine Gael source who told me “in their frantic attempts to kill the story, the Fine Gael press office asked RTE not to run it”. Apparently RTE is open to being told what news it reports by the politicians in power. This is something one might expect to see in Authoritarian Russia, not democratic Ireland. Add to this Hugh O’ Connell (Irish Independent) who has questions to answer about his own conflict of interest. Is it a coincidence that the husband of the parliamentary assistant (and sister) of Kate O’ Connell TD (who is fiercely progressive), just so happened to become aware of the foremost conservative in Young Fine Gael attending a conservative student conference in the US, and then attempt to carry out a hit job on him? No, because this has happened before. As told by John McGuirk in his recent article (here), Hugh O’ Connell has previously performed a hit on the then foremost conservative in FG, no doubt at the behest of his FG bedfellows, which had devastating consequences for the person it was aimed at.

The progressive bias and conservative intolerance that runs through sections of our society is at its most pernicious in the media. We must not tolerate a media that is compromised by agendas and connections to politicians. A free press is a pillar of democracy and freedom but that does not place it above criticism. If anything, we should be holding our journalists to a higher standard than our politicians because after all, these are people we expect to expose political misdeeds. We must call out the bias at every turn and we must ensure that our media is more than a mouthpiece for progressivism because it has a responsibility to be impartial and non-partisan. At present, it is difficult to say that it is either.

Deirdre Duffy: “a lot” of the 79% Yes voters in 2004 citizenship referendum motivated by “latent racism”