MATT TREACY: Irish history – not just our statues – is under threat 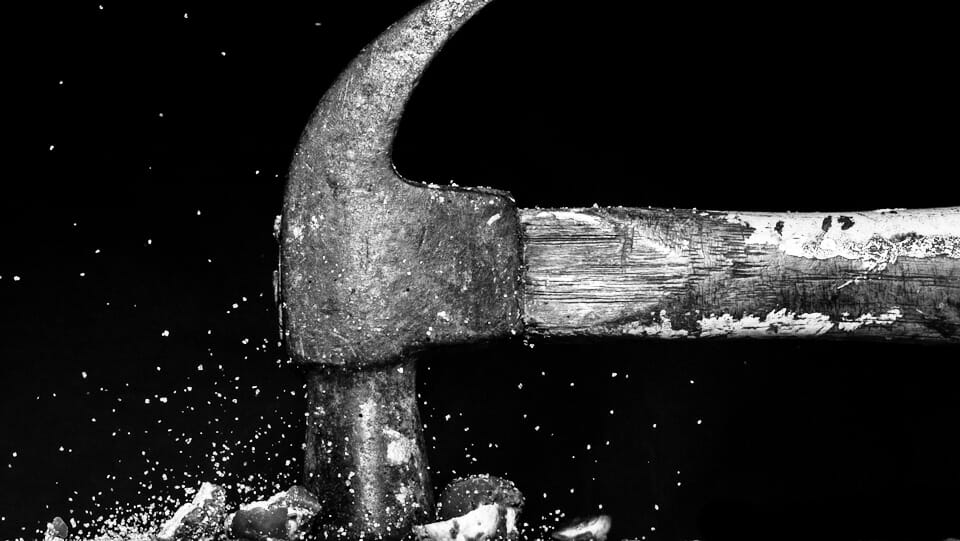 At a time when some appear intent on creating a mythological past for the Irish people, physical remembrances of our history have come under threat.

Moore Street, site of the last armed confrontation of the 1916 Rising was once a vibrant street in the heart of the city where a large proportion of Dubs did their shopping.

Now it more resembles one of those dodgy side streets in any city where you can buy all manner of tack of dubious origin and is the site of drug and other illegal transactions at all times of the day. And despite calls by Aontú and others for the state to implement the promised protections and upgrading of the 1916 site, there is nothing in the Programme for Government that specifically refers to that.

There have been other controversies about historical sites like the burial ground at Bully’s Acre which has associations with the Battle of Clontarf in 1014 and the 1798 and 1803 rebellions. It was the last resting place for thousands of Dubliners of all stations in life for over a millennium.

In Enniscorthy there is currently a campaign to prevent the proposed sale of the 1798 Rebellion Centre which is a fascinating repository of Wexford’s heroic part in the events of that period. It is just another instance of the unthinking attitude towards such things by those in authority.

There is a section on “commemoration” in the PfG which refers to the events planned to take place around the 1916 – 1922 revolutionary period as “complex.” Of course everything will have to be “inclusive.” There is nothing as yet about slavery, white privilege, Catholic obscurantism and the exlusion of ethnic minorities, but you may be sure there is a committee somewhere working on this.

The section on “built heritage” seems to me, apart from being a nod to the Khmer Vert who are allergic to family homes down the bog, as an opportunity to create nixers for moonlighting architects and “planners” if every local authority as promised is to have one.

There is a reference to our rich cultural heritage in this section which is perhaps ironic given that the Greens on Dublin City Council succeeded in having any banner associated with Dublin GAA teams banned from the Ha’ penny bridge. The GAA is far more a part of the Irish cultural heritage than this gang of deracinated nanny state liberals.

Overall, the cultural references are top heavy with decrees on transitory ideological fads and the need to socially and otherwise engineer the arts. Unfortunately the Fianna Fáil and Fine Gael party leaderships seem to either accept all this bull crap, or are too terrified to “call it out” for fear of attracting the wrath of the commissars.

The Greens also appear to be obsessed with the architecture of the heyday of the colonial period in Georgian Dublin. All of that is of course worthy of preservation even though it could be said to commemorate a period in Irish history that witnessed the 1740/41 famine that killed up to 20% of the population, the attempt to destroy the religion of the majority and the slaughter that precipitated and followed the 1798 Rebellion. Are there Irish nationalists demanding that the Bank of Ireland on College Green or the facade of Trinity College be pulled down? No, and rightly so.

There seems to be no importance attached to other vestiges of our physical past. There has, for example, been research conducted on the Mass rocks of the Penal days. Dr. Hilary Bishop had up to 2018 identified at least four times the number of sites listed in the Archaeological Survey database and that was on the basis of her work in just three counties; Cork, Galway and Mayo.

The marginalization – for the want of a better word – of a peoples’ historical and cultural heritage is often a clue to the intent of their rulers. The intent of the past colonial rulers of Ireland was obvious and openly genocidal at various junctures. The motives of those who would continue that airbrushing are more subtle and must be sought in the ideological zeitgeist of “diversity” and “multiculturalism.”

That is tied to the project to turn Ireland into a country where the anti cultural  priorities of international corporatism and their native collaborators are not interfered with by Irish people recalling our past and its values. Of late the attempts to induce cultural and historical amnesia have been augmented by an aggressive campaign to introduce a spurious historical and contemporary guilt over racism.

Without revisiting the debate about slavery, some of those erstwhile nationalists inclined to jump on the bandwagon to remove, say, John Mitchel, from our consciousness by renaming streets and GAA clubs might pause for a moment. Many of those attempting to force Sinn Féin and the GAA to sign up are the same people who previously attacked the GAA for naming clubs and pitches after people associated with the 1916 Rising and the 1981 hunger strikes.

Today (Sunday 21st) will see a protest at the Seán Russell stature in Fairview Park, Dublin. Those protesting the proposal to have the statue removed are not Nazi sympathisers  as some would claim –  some of the organisers would describe themselves as socialist republicans – but defenders of a local man in honour of whose part in 1916 and the Tan War the statue was erected.

The bombing campaign in England – that only had minority support within the IRA itself – and the attempt to enlist German aid were misconceived. Few republicans would dissent from that. But Russell was not a Nazi. That is clear from things he wrote regarding his impressions of the regime while he was in Berlin.

Russell was on his way to Ireland in a German U boat in August 1940 in the company of socialist Frank Ryan. Despite their common enterprise, Ryan has completely avoided the condemnation directed at Russell by the “anti fascist” left. That is solely down to Ryan’s own leftist politics and the fact that prior to his dalliance with the Germans he had fought in Spain with the Stalinist Comintern controlled International Brigades.

The prime organs of the tiresome British and Irish woke, The Guardian and the Irish Times, both of which are in full drive over racism and slavery at present, completely ignore their own dodgy pasts. The Guardian was founded by profits from slavery, and a former owner of the Irish Times once used the N word to describe then editor Douglas Gageby, although MacDowell probably considered the Irish prefix to that as being a worse insult.

So obliterating history is always a bad thing, laden with bad faith, malign motivations and hypocrisy. At its extreme it has led the Chinese and Soviet communists to attempt to physically destroy all vestiges of the past that conflicted with their manufactured history and ideology – as instanced by the Chinese war on Tibetan Buddhist culture.

Another prime example was the murder of over 20,000 members of the Polish intelligentsia at Katyn in 1940 during the joint Communist and Nazi partition and occupation of the country.

Those killed at Katyn were not selected on the basis that they presented an immediate threat to the occupation, but because Stalin and Beria regarded them as the “carriers” of Polish tradition and historical continuity as a nation.

Our proto totalitarians are, of course, much nicer people, or so we’re told.