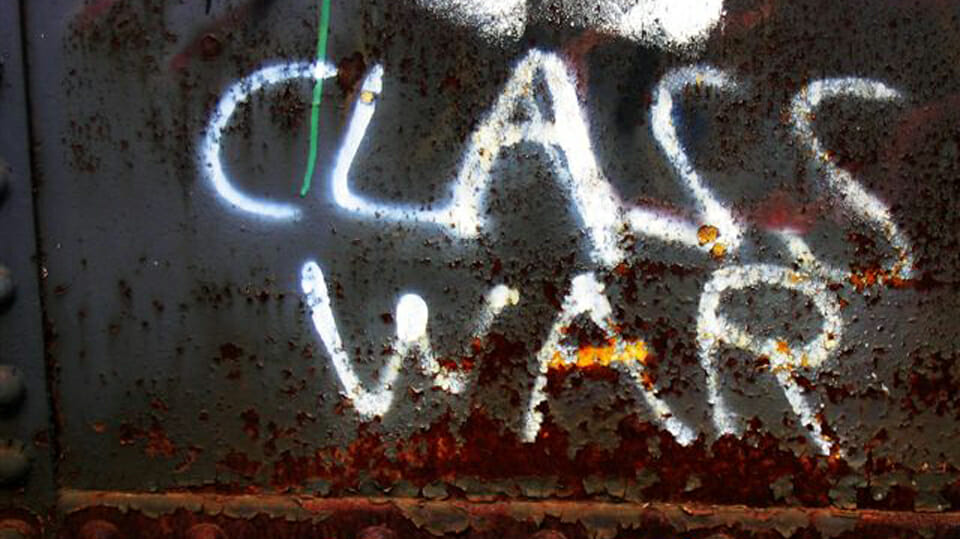 One of the aspects of the 2018 referendum which Jonathon Van Maren’s book Patriots recalls is the extraordinary role played not only by a massively biased main stream media, but by the social media sites. Evidence from other countries prove that we are not alone in facing this monster.

Realising that they were losing the intellectual battle, the pro-abortion side succeeded in adding social media to MSM as another avenue that they could block or distort. They boasted afterwards of having inundated Google with complaints and that resulted in Google banning all ads related to the campaign.

When Google’s role was exposed by Project Veritas, the company admitted that they had indeed blacklisted search terms which meant voters were frustrated searching for sites and information that were not biased towards the abortion campaign.

That censorship and manipulation in the interest of one side without doubt influenced the outcome. It may not have been decisive but in conjunction with the unanimous backing of all the political parties in the Dáil and 90% of TDs, as well as the relentless campaign by the media, it is fair to say that most of the cards were stacked in favour of the Yes side.

RTÉ barely concealed its overt bias. A press conference of nurses opposed to abortion was simply ignored, and presenters often intervened to save the likes of Dr. Peter Boylan when he was having his ass handed to him by pro life advocates on TV and radio.

Likewise, RTÉ were complicit in using the unfortunate death of Savita Halappanavar as an argument to brow beat people into voting yes, despite the evidence that the 8th Amendment had nothing to do with her death which was the consequence of contracting sepsis and being subject to medical incompetence.

Research referred to by Van Maren in his book shows that of 20,000 references in RTE items to the Halappanavar case, 19,800 were in connection with abortion, while just 180 focused on sepsis and “medical misadventure,” despite the latter being the key reason for her death cited by the inquest report.

Google’s role in our referendum is only one example of how it has impacted on public opinion and even electoral outcomes. In 2008 it was central to the Obama campaign, as was Facebook, through which data on 250 million people was compiled with the objective of influencing undecided voters.

Eric Schmidt, Google CEO until 2011, was the main architect of Obama’s use of social media and was appointed as a reward to the new administration’s Transition Advisory Board. There was clearly an unhealthy relationship between the Obama White House and Google. By April 2016, 197 former members of the administration had moved to Google, and 61 former Google employees were now working directly for Obama. It was West Wing from hell.

In evidence given to a Senate committee in 2019, Robert Epstein claimed that up to 10 millions vote may have been swung towards Hilary Clinton in 2016 by Google. Science journal, reporting on Epstein’s research in October 2016, cited evidence that Google was boosting negative items on Trump, and suppressing negative Clinton information through manipulating searches, much as they did here in 2018.

There is now a growing awareness of the role social media plays. Its agenda and policies are controlled by the liberal left, and indeed by other major corporations which are capable of pushing Google, Twitter and Facebook in an even more restrictive direction when it comes to suppressing the views of conservatives. How to combat that is another matter.

This being election year in the United States, that campaign is in full drive, utilising to the full the Black Lives Matter movement. Despite Google having been the biggest corporate supporter of the Clinton campaign it is now ostensibly the target of other “Woke capitalists” who are insisting on even more sweeping censorship and manipulation to defeat Trump in November.

On Friday, June 26, Facebook reacted to a corporate advertising boycott by 90 corporate giants organised by ‘Stop Hate for Profit’ which has the support of the National Association for the Advancement of Coloured People which is now basically a front for the Democratic Party.

Zuckerberg defended Facebook by pointing out that they already censor a huge amount of content, but Stop Hate for Profit are insisting on more, including sweeping bans on any person or group deemed unacceptable by a “permanent civil rights infrastructure” which they are demanding Facebook installs in its boardroom.

The growing power of the corporations in relation to suppressing free speech with the collaboration of the social media giants themselves, carries echoes of the manner in which totalitarian regimes operated. In her 2019 book The Age of Surveillance Capitalism, Shoshana Zuboff recognises the similarities but denies that Google and the woke are actual totalitarians.

She bases that claim on the contention that Google for example does not employ terror nor wish to become Stalin’s “engineers of the soul.” That is up for debate given how they operate. Zuboff has invented a new category which she terms instrumentarianism to describe how Google and others attempt to change and manipulate human behaviour for commercial purposes.

That distinction falls down when it is apparent that China, which is referred to as an intrumentarian regime, manages to combine both the commercial imperatives of corporate “gangland capitalism” and its totalitarian terrorist communist statism. Google of course was happy to collaborate with the Chinese regime.

So we are in a strange and dangerous new world in which past categories, including those of left and right grow increasingly meaningless. As several American tweeters have pointed out, the left has some strange bed fellows in union-busting, rainbow-flagged, tree-hugging, rapacious woke capitalists.

As one American tweet stated recently: “If your “culture war” has foot soldiers in the HR department of every Fortune 500 company, it’s not a culture war, it’s class war.”

And another tweet apropos of the BLM onslaught on “white privilege” baldly stated: “When they talk about “deconstructing whiteness” they don’t mean the elites, Big Tech or Global corp – they mean you and your family.”

That then is the order of battle. How those opposed to and take on and defeat the enemies of our civilization is something that needs to be determined.

Criticising Israel is not anti-Semitic. Reada Cronin’s comments were.