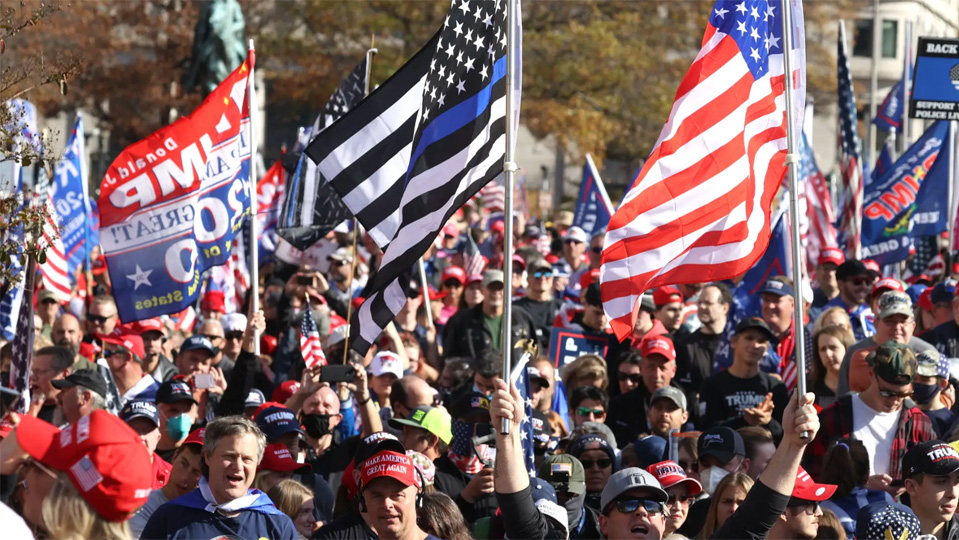 Massive crowds have thronged Washington DC for a ‘Million MAGA March’ as supporters of President Donald Trump continue to call for an audit of the November 3rd election.

The President has not yet conceded the closely fought election, though most media outlets have called it for the Democrat candidate, Joe Biden. The landslide for Biden predicted by the polls before the election never materialised, and the country remains deeply divided more than a week after voters went to the polls.

NBC’s reporter, Shomari Stone, tweeted a photo of the size of the crowd in Freedom Plaza.

Many of the protesters chanted “Stop the Steal” and “USA” and sang the national anthem.

Thank You All! What A Great #MarchForTrump! #MAGA 🇺🇸 https://t.co/xx7rD2nXCP

Students for Trump shared a video of President Trump driving by the rally. 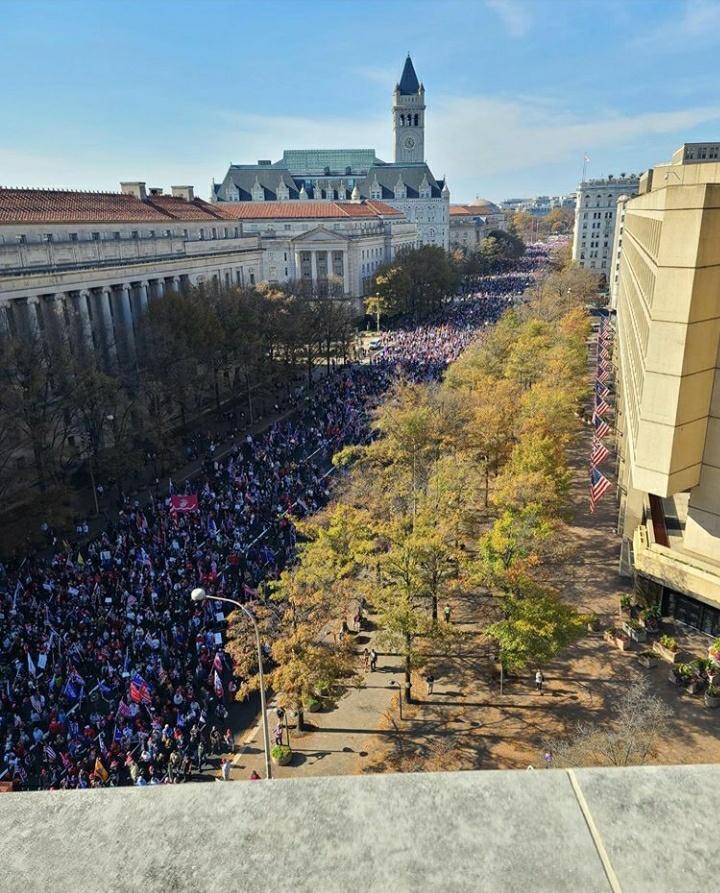 Antifa, a left-wing outfit which uses violent tactics and has played a major role in looting, burning and attacks on police in recent months in the U.S. also gathered in Washington DC to protest the Trump rally. Videos posted to social media show them attacking Trump supporters later in the evening when much of the crowd had dispersed.

A family with children are in tears as they are followed and harassed by antifa. #MillionMAGAMarch pic.twitter.com/Kb8f2sJ1e5

While Trump directly addressed the Antifa attacks in a tweet, Mr Biden did not comment on the Antifa violence.

ANTIFA SCUM ran for the hills today when they tried attacking the people at the Trump Rally, because those people aggressively fought back. Antifa waited until tonight, when 99% were gone, to attack innocent #MAGA People. DC Police, get going — do your job and don’t hold back!!!