Mary McAleese: Yer man Trump is a dictator, so he is 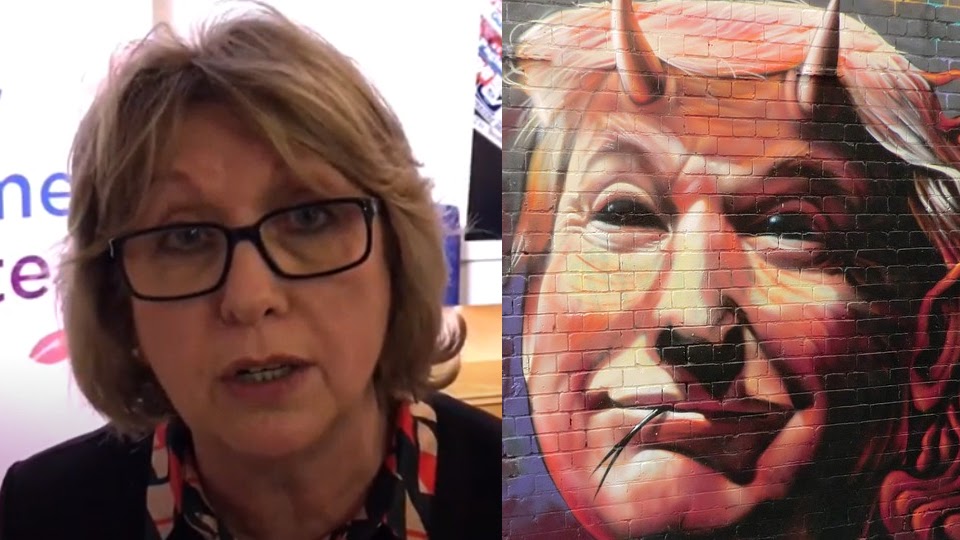 You know, when most people think of the word “dictator”, they usually don’t think of someone who was easily censored by social media and then voted out of office – but that didn’t stop Mary McAleese from embarrassing herself with the ludicrous comparison anyway.

Speaking to the Independent over the weekend, the former Irish president said:

“[Trump has] always been a dictator in the making; a man of absolutely no moral conscience whatsoever. And now he heads a domestic terrorism group, which he created.” It is the day after a mob stormed Capitol Hill in Washington, and former president Mary McAleese is reflecting on the soon-to-be-former President Trump.

The events were, she adds, an inevitability. “It’s what he was always about…I still can’t believe that the people of the United States would have preferred him to Hillary Clinton.” She shakes her head.”

Now, let’s disregard the fact that, as we already covered in a recent Gript video, Trump literally condemned the violence at the Capitol before, during and after it took place, and that accusing him of “heading a domestic terrorism group which he created” is at best laughable hogwash, if not a malicious lie. But that’s neither here nor there.

The word “dictator” is defined by Oxford dictionary as: “A ruler with total power over a country, typically one who has obtained control by force.” The word’s origins are the same as the verb “to dictate” – as in, you say something, and it happens, no questions asked. Complete and total control.

This is probably news to Trump, who has had almost all of his plans disrupted from day one of his administration, from building the border wall, to tackling tech censorship, and even withdrawing troops from Europe & the Middle East. Trump hardly ever got his own way at any point during the entire four years of his presidency, constantly being overruled by courts, senators, congressmen, and staffers, even within his own party.

What’s more, just imagine the shock that poor aul Mary McAleese is going to get on the 20th, when Joe Biden is inaugurated against Trump’s wishes and the Mighty Orange One willingly leaves office, as he said he would.

One has to figure, it’s a strange kind of dictator that can be systematically censored by a handful of private companies and then removed from power through a democratic vote. I’m not quite sure that’s how classic examples like Stalin or Hitler would have left it to be quite honest, but there you go.

The article went on, with McAleese praising Joe Biden as a terrific chap by comparison:

“She knows President Elect Joe Biden, says he is a wonderful man. She did her bit for his campaign. “Because I just think that Trump is evil. And he’s not going away anytime soon, regretfully. But I think the team that will take him on is team Biden and team Kamala.””

So, in Mary’s own words, Trump is an “evil dictator”, and Joe Biden is a “wonderful man.”

Now, to be clear, I’m not saying Joe Biden is a dictator – that would be hyperbolic. But I’ll put it this way; of these two men, only one of them will have had 25,000 US soldiers deployed to the nation’s capitol for a virtual inauguration, with large parts of the city cordoned off, massive non-scalable fences erected, and PA systems yelling at citizens to remain in their homes after curfew. Spoiler alert: it’s not Donald Trump.

About 25,000 National Guard troops will be in D.C., at least two and a half times the number for previous inaugurals. While the military routinely reviews service members for extremist connections, the FBI screening is on top of any previous monitoring.https://t.co/NnOPklsrnL

A 7-foot non-scalable fencing around the Capitol has been topped with razor wire, and behind it, hundreds of armed National Guardsmen. https://t.co/tsqH2SvhWb

NEW – Dystopic vibes at the U.S. Capitol building in DC.pic.twitter.com/SjTuxcDVuy

If we’re going to play this juvenile “Who’s a fascist dictator” game (and I’d rather not), there’s definitely more material in the Biden camp than in Trump’s. The footage coming out of DC looks like something out of a dystopian science fiction movie in preparation for Biden taking office.

In fact, throughout this entire saga of history, it’s been the Democrats and Leftwing parties like them across the world that have been the biggest proponents of liberty-eroding covid lockdowns – Trump, and people like him, have opposed them and used them sparingly, only in emergencies, from the very start.

What kind of dictator is desperate to return power to ordinary people to run their lives as they see fit? Far from capitalising on the crisis and using it to seize power, his top priority was ending the State-imposed top-down lockdown as fast as he could.

The whole allegation is so absurd, it almost doesn’t dignify a response, let alone an article. Ultimately, it’s a silly statement from a silly person who couldn’t help but squeeze in one final “Orange Man Hitler” comment before the man left office. One last stunning and brave display of maturity from liberal Ireland’s intelligentsia for the road.