Mary McAleese attacks Church for not singing from her hymn-sheet 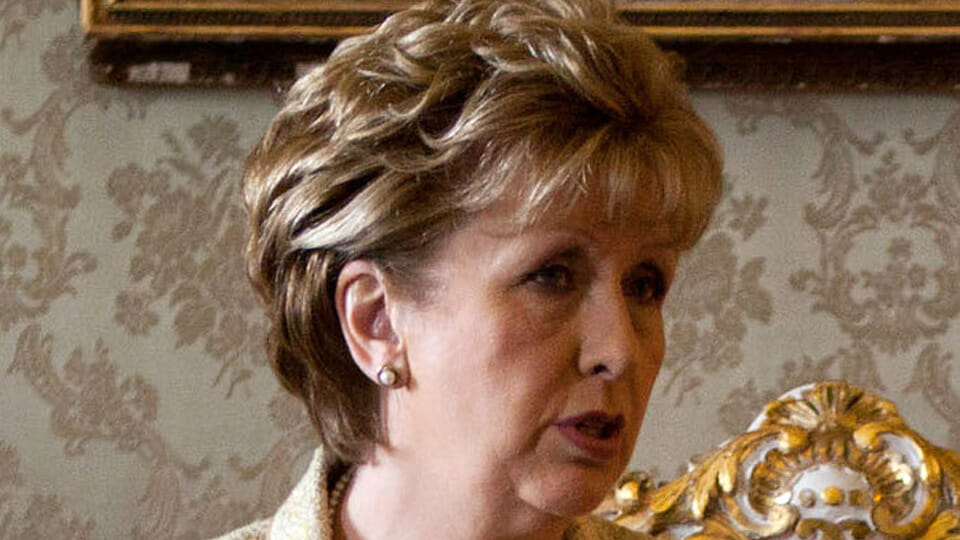 Mary McAleese’s criticism of the Catholic Church (‘Women the Vatican Couldn’t Silence’, Trinity College 2/11/2019) is largely about attacking ‘strawmen’ targets. She had strong words for ‘cowardly’ prelates. Yet, the two she mentioned, according to Patsy McGarry of the Irish Times, could hardly be described as ‘cowardly’. Bishop Alphonsus Cullinan took a bold step against the code of political correctness last week when he criticized schools for teaching yoga and mindfulness ‘especially during religion classes’.

One might argue about the helpfulness of both practices but they are unquestionably non-Christian.  They are more and more taking the place of religious practice and prayer in Irish society.  His comments were neither misplaced nor mistimed.

Mary McAleese, however, chose to attack him on grounds totally unrelated to the context of his remarks. She summed up his concerns as an attack on ‘elderly people in lycra’ working out in retirement homes. He was speaking in a very specific context. But if you caricature your opponent and his argument and expect to get away with it why not exploit the advantage?

There was more than a shade of the ad hominem too when she said she knew the Bishop ‘as a fine  singer’. If her embedded meaning wasn’t ‘stick to the singing, Bishop Phonsie’, it is hard to imagine what else it was.

The second prelate in her line of fire was Cardinal Kevin Farrell. Whatever one may say about his decision to ban her and others from speaking on Vatican property at a conference in 2018, he can scarcely be accused of cowardice. On the contrary, from what she had to say on the issue. He must have known she believed, given his role in preparation for the upcoming papal visit to Ireland, that she was a former President of Ireland.. It is indeed strange that someone who was trenchantly condemning the elitism of clericalism would think her own status should have a bearing on the Cardinal”s decision. The fact it had not offers evidence that Kevin Farrell can hardly be numbered among the ranks of ‘cowardly bishops’.

Like Bishop Cullinan, he is being criticised because he doesn’t speak or sing from Mary McAleese’s hymn-sheet.

Unlike the Catholic Church, Trinity College is an institution of which she is hugely proud. ‘Proud in every way’.  It is certainly a place where her views are well received, applauded even given her recent election as their Chancellor. However, it is not always so accommodating to other viewpoints. In fact, it is far more censorious nowadays than the Catholic Church who only censors views if the manner and location of their delivery is likely to give a mixed message about the fundamentals of its own teaching. As a Church with a teaching mandate, this is entirely within its prerogative.

Trinity College on the other hand removed students handing out pro-life literature during the referendum campaign of last year even though pro-choice activists were doing so without interference. Maryam Namazie, an Iranian writer and human rights activist and former muslim, withdrew from a speaking engagement at the college in 2016 because of unacceptable restrictions which were not applied to other speakers.

There was a time in Mary McAleese’s life when one would have expected her to say that such things were not a matter of pride. Given Trinity’s chequered history with the Catholic Church and religious freedom it is indeed ironic to hear a Catholic Chancellor launch such a denigrating  and misleading attack on Catholicism.

Again, using the straw-man tactic of cutting down and caricaturing opponents, she lifts a quotation from the writings of Saint John Paul II on human sexuality completely out of context. From an isolated quote she concludes the late Pope comes as close to condoning rape as makes no difference. Anyone even vaguely familiar with John Paul’s extensive writings and preaching on marriage and sexuality should be aware that he emphasised mutuality of respect, consideration and self giving including the giving of pleasure in marital relationships. One would expect Mary McAleese to be at the very least vaguely familiar with the thrust of John Paul’s thinking on the subject.

One thing Mary McAleese is right to highlight is the need for listening. The Trinity conference was a one-sided discussion on the issues it covered. It was about people listening to themselves and the like-minded. In such an environment prejudices and misconceptions are amplified because they go unchallenged. Really, if you call repeatedly for ‘listening ‘ you need to set a better example yourself.