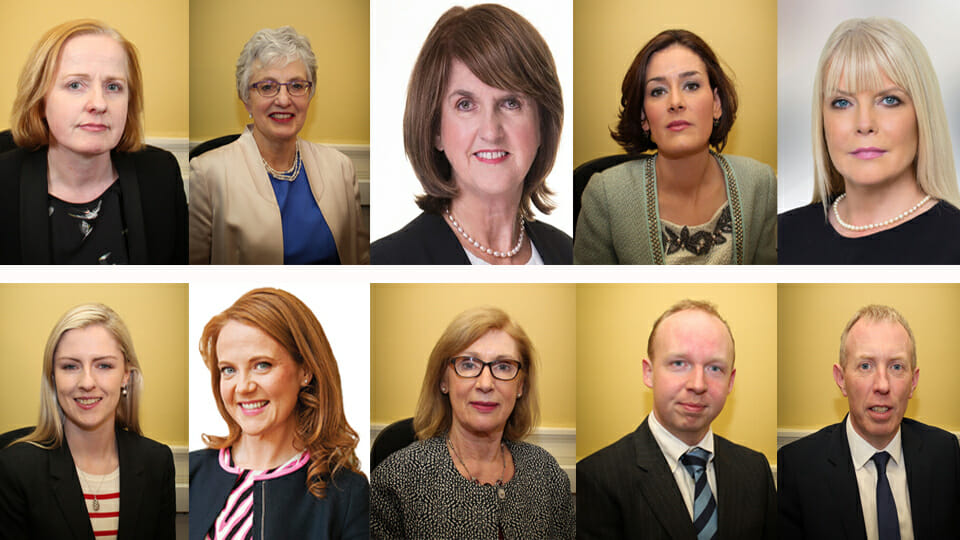 It’s been an extraordinary election in many ways, but one thing is very clear from the initial results: Fine Gael and Fianna Fáil were not rewarded by the electorate for adopting the most woke positions possible in legalising abortion in Ireland.

In fact, the opposite seems to have happened. Many of the most strident voices for repealing the 8th have lost their seats in Election 2020. In contrast, at the time of writing, all the TDs who voted against the abortion bill  in 2018 are on course to retain theirs.

Kate O’Connell of Fine Gael was a shrill, hectoring, and often deeply unpleasant supporter of Repeal, who made repeated personalised attacks on pro-life TDs and commentators. A media darling, she continued to attack pro-life counselling agencies after abortion had been legalised. She lost her seat in liberal Dublin Bay South.

Lisa Chambers, the Fianna Fáil TD who said abortion regret was a “makey-uppy thing” lost her seat in Mayo. Chambers was considered to represent the new, liberal face of Fianna Fáil and was, according to Micheal Martin, one of the party’s star performers.

Another leading liberal light in Fianna Fáil, Timmy Dooley lost out in Clare. Dooley supported repeal of the 8th and voted against giving pain relief to babies in late-term abortion.

Ruth Coppinger, of the Socialist Party is a radical abortion campaigner who also strongly opposed peaceful pro-life vigils at abortion centres. Coppinger led an “abortion pill bus” around the country in 2015 and 2017, claiming to make abortion pills available despite warnings from senior obstetricians that doing so would endanger women’s lives. She won’t be returning to Leinster House after the election.

Minister for Social Protection, Regina Doherty, abandoned her previous pro-life stance to become a leading government campaigner for repeal, describing the pro-life position as ‘ignorant’. The Meath East TD was out on the sixth count yesterday.

Repealing the 8th and legalising abortion was a chief priority for Minister for (Some) Children, Katherine Zappone. She argued that abortion on-demand, without limit should be legal. She also did a spectacularly bad job in managing Tusla, and lost her seat in Dublin South-West in the election.

Catherine Noone became a figurehead for Fine Gael’s Repeal campaign when she chaired the Oireachtas Committee on abortion, and famously claimed she couldn’t find a pro-life doctor to give evidence. The committee was described as a “kangaroo court” by one medical witness. Noone polled just of 2% first preferences on Saturday.

Her Dublin North West colleague Noel Rock also lost his seat. Rock was one of many Fine Gael TDs who supported abortion and were part of the media pile-on which savaged pro-life students for attending a conservative conference in the US. In Dún Laoghaire, Fine Gael’s Mary Mitchell O’Connor (‘pro-choice’ and pro-repeal’) failed to hold her seat, which went to pro-life TD, Cormac Devlin of Fianna Fáil.

Marcella Corcoran Kennedy in Laois/Offaly was considered a strident supporter of repeal in the party. She lost her seat today to Carol Nolan, the strongly pro-life TD.

It was a terrible election for Labour, who’ve achieved one of their worst votes since the party’s foundation. Joan Burton and Jan O’Sullivan, both strong supporters and campaigners for Repeal, are no longer TDs for the party.

Fine Gael who led the campaign to repeal the 8th and introduced abortion legislation have seen their vote fall to 20%. Neither has Fianna Fáil’s incredible journey to wokeness been rewarded with extra votes: instead their mediocre performance sees them being forced into considering going into government with Sinn Féin.

Despite the referendum result, there seems to be no bounty accruing from voters for repealing the 8th and supporting abortion. It may indicate that a great many Yes voters in the referendum are not as supportive of the current regime as politicians like to imagine.