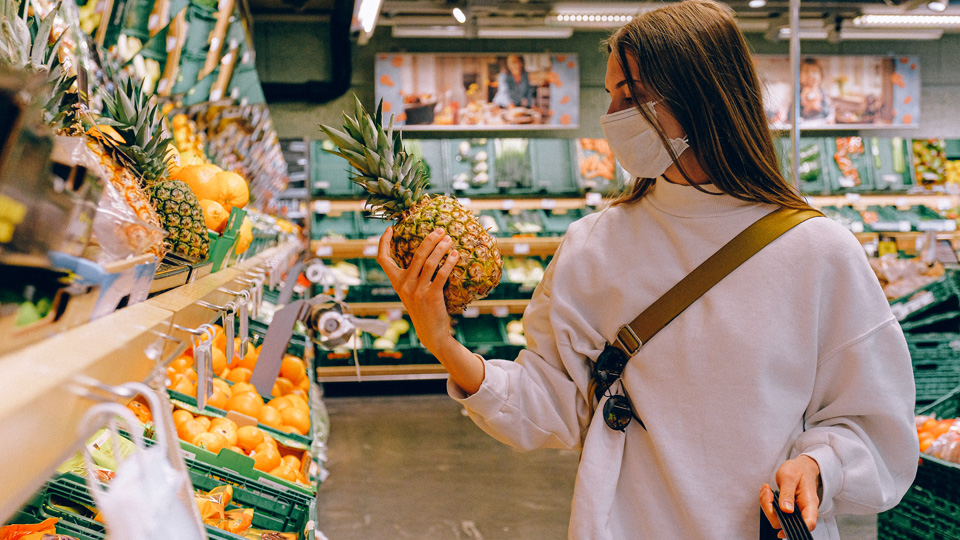 Well, we’ve come a long way from the days of “facemasks might make things worse”, haven’t we?

The Government has announced that face coverings must now be worn in all shops, retail settings and shopping centres.

It said the strong advice is for people to start obeying the guidance immediately, but said regulations will take some time to draft.

Regulations to enforce the compulsory wearing of face coverings on public transport came into effect this week.

As the RTE story notes, you can’t just make something mandatory overnight – it will require legislation and orders and all of that sort of thing. But of course, it will be practically mandatory from today if shops wish it to be so, because they can always refuse entry to somebody who is not wearing a mask.

The civil libertarians amongst us, of course, will be outraged, and their case, when stated reasonably, is a fair one. But honestly: What is the difference, in terms of principle, between telling people that facemasks are mandatory in confined spaces, and telling people that seatbelts are mandatory in cars? They’re both measures that purport to serve the cause of public safety, and both enforce a restriction on your freedom, compelling you to wear something even if you think you, and others around you, are safe enough without them.

For the record, the science on this, after months of confusion by Governments, now seems clear enough. Here are the boffins at Cambridge University, via Sky News:

Researchers concluded that even homemade masks with limited effectiveness could dramatically reduce transmission rates if worn by enough people, regardless of whether they show symptoms.

Lead author, Dr Richard Stutt, part of a team that usually models the spread of crop diseases at Cambridge’s department of plant sciences, said: “Our analyses support the immediate and universal adoption of face masks by the public.

“If widespread face mask use by the public is combined with physical distancing and some lockdown, it may offer an acceptable way of managing the pandemic and re-opening economic activity long before there is a working vaccine.”

In the study, population-level models were combined with different levels of mask adoption and varying periods of lockdown.

The negative aspects of mask use, such as increased face touching, were also considered.

In all modelling scenarios, researchers found routine face mask use by 50% or more of the population reduced COVID-19 spread to an R less than 1.0.

That last line would seem to be the key to all of this. The evidence is mounting that a second wave of the virus is building across several countries:

Be careful about premature victory laps.

A lot of countries that had once seemed to have COVID under control are now having issues. Israel is the one where things have spun very out of control. Others here may be more containable. pic.twitter.com/iFTq3tnDJM

Of course, the alternative to all of this is to simply accept that the Swedish approach – or the much derided initial UK approach – of “herd immunity” was the way to go all along. Let everyone get the virus, accept the deaths – at what ever level they might be – and move on. But no sensible Government is, or was, ever going to adopt that approach given the risks of high mortality rates.

It’s easy to look back now and say that we should have done that, but at the time when these decisions were being taken, Italy looked like a giant morgue. Slowing the spread was the only politically tenable move.

As the thing has moved on, people’s priorities have changed. There’s a desire to re-open the economy, and get back to something approaching normal. Facemasks are part of that, whether we like it or not.

One thing, by the way, that facemask critics do not consider: The economy does not only depend on Government action, but on consumer confidence, too. While the anti-facemask people might decry them as unnecessary, and be happy to go about their lives without them, there are a significant cohort of the public who simply won’t go back to normal until they feel safe. Getting people to feel safe enough to go back to the shops is a vital part of getting the economy moving again.

Facemasks, therefore, are as much about safe re-opening as they are about anything else. And of course, plenty of those decrying masks today would have been more than happy to accept this deal in April and May, instead of the hated lockdown.

This is what the Russians did, after all. From March:

While most of Europe is in some form of coronavirus lockdown, bars and clubs are still open in Russia. One Moscow establishment decided to hand out branded facemasks to patrons, this weekend. pic.twitter.com/QldE3RE0xr