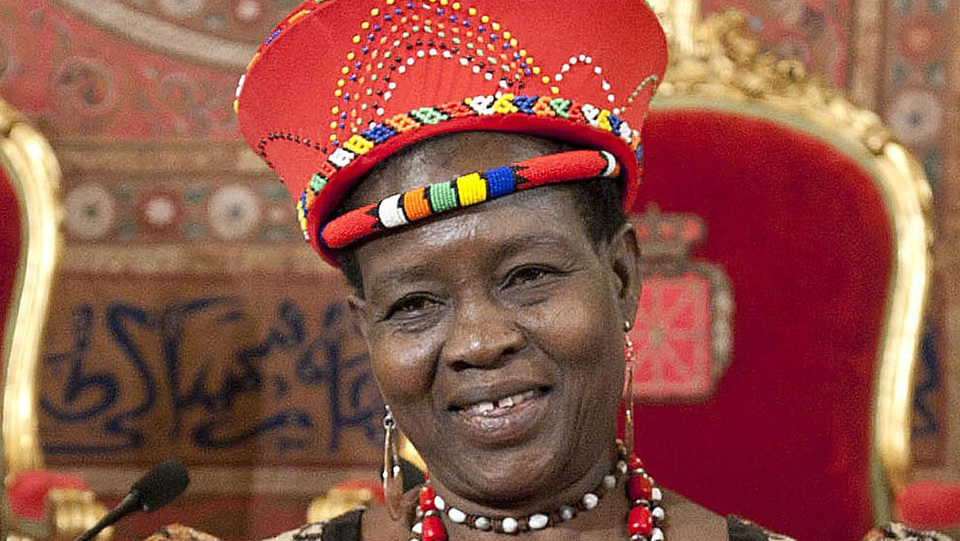 A Malawi Chief has won a Leadership in Public Life Award for her work to end child marriages and ensure young girls stay in school.

Chief Theresa Kachindamoto, a Ngoni traditional leader, received a Leadership in Public Life Award at the 16th Annual Vital Voices Global Partnership Award Ceremony in Washington, D.C. this month, in recognition for her “fierce leadership” in annulling over 2000 child marriages and sending girls back to school in Dedza district, in the central region of Malawi.

According to local media reports  Kachindamoto was determined to take a stand against the tradition of child marriages which took teenage girls and made them wives and mothers long before the age of 18.

Many parents had previously married their children off at a young age, often for financial reasons.

When Chief Kachindamoto met with girls as young as 12 who had been married she told them: “Whether you like it or not, I want these marriages to be terminated.”

The UN says that Malawi has one of the world’s highest rates of child marriage, with half its girls married before the age of 18, and only 45% of girls remaining in school past the eighth grade.

Reports revealed that new Chief received death threats when she stood against “kusasa fumbi”, a practise of “sending underaged girls off to camps in order to train them to perform sexual acts to please their potential husbands”..

“Kachindamoto threatened to remove any chief from power who allowed this practice, changing the laws that were affecting the way people were able to act”.

“At one point she had no choice but to fire four chiefs in areas where child marriages were still happening, as well as getting 50 sub-chiefs to sign an agreement abolishing the practice of early marriage”.

In response she said: “I don’t care, I don’t mind. I’ve said whatever, we can talk, but these girls will go back to school. I’m chief until I die.”

Governor of Texas declares: It’s time to take off your facemasks