Madness: You can go to the pub but only if you buy a €9 burger 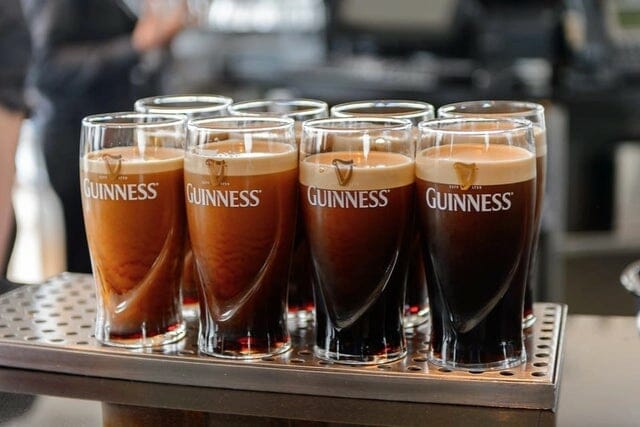 Here’s a free idea for the publicans of Ireland: Start advertising your once in a lifetime special offer deal now: Two free pints with your €9 packet of taytos:

Pubs will be allowed to reopen on 29 June if they serve "substantial" meals costing not less than €9, according to new guidelines being prepared by Fáilte Ireland.https://t.co/ASTNrZb9Pd

A few obvious questions here: Why €9? Why not €8.95? Is the risk of coronavirus heightened by a five-cent discount on an over-priced toasted sandwich?

Why is it safer to drink your Guinness if you’ve purchased a meal as well? Does the virus spread by the transmission of water droplets exhaled by a nearby person, or does it spread by drinking a pint on an empty stomach?

The reason, for this, of course, is to keep the great unwashed out of the pubs. The thinking is that if they’re only allowed in if they’ll spend a tenner on food they don’t want, it will dampen the atmosphere somewhat and makes things a little bit more civilised. Presumably, also, there’s a fear that social distancing will collapse once people get too drunk, so having them drink with a full belly of chips will reduce the stomach capacity, and alcohol absorption, and reduce the number of drunk fellas hugging other drunk fellas and saying things like “I love you, you know that, don’t you, I bleedin love you”.

The other reason might be a back-end subsidy to the pub owners themselves, by letting them charge a sort of stealth cover charge at the door. The publicans have been cost a vast sum of money by the lockdown. What better way to re-coup it than by guaranteeing them an extra €9 a head at the door, in return for a basket of cocktail sausages?

Of course, it just won’t work in many instances. For one thing, until now, having a food production area in a pub wasn’t a requirement. There are plenty of bars in Ireland that don’t have the capacity, even, to mass-produce cocktail sausages, let alone gourmet cuisine. What this regulation means is that some of them will be able to open, and some won’t.

For another thing, if the objective is to reduce the impact of alcohol consumption, that won’t work either. Your average alcoholic will think nothing of ordering a battered fish and not eating it, before ordering his sixteen pints. With the return of the Premier League, and other sports, the football starved population of Ireland will be flooding to pubs to watch Man City versus Watford on the big screen. There’s no regulation on this planet that’s going to stop those lads jumping around and hugging each other, and chanting Ole Ole Ole, when Sergio Aguero scores, even if it means baskets of buffalo wings flying everywhere.

Leo’s ‘basket of deplorables’ may take their revenge