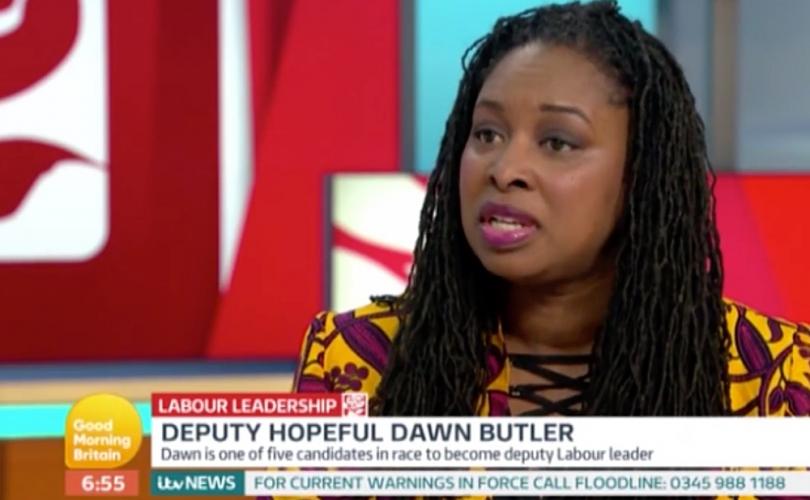 A Labour party deputy leadership candidate has said babies are not born with a sex and that talking about biological reality is “dog whistle transphobia.”

In an eye-opening interview on ITV’s ‘Good Morning Britain’, Brent Central MP Dawn Butler told an astonished Richard Madely that “A child is born without sex. A child is formed without sex in the beginning.”

The would-be deputy leader of Labour condemned any deviation on biological grounds from her claim, saying mention of biological reality amounts to “dog whistle transphobia.”

For anyone who still thinks that the culture war is a fringe concern, here's a member of the Shadow Cabinet claiming that biological reality is "dog whistle transphobia". pic.twitter.com/UBYn7on8xi

This is not the first time Ms. Butler has come to national attention, previously claiming that President Barack Obama had endorsed her election campaign in 2009.

She had to retract the claim however when the endorsement letter that was published on her website repeatedly misspelled his name as “Barak”.

Meanwhile, leadership contender Lisa Nandy has said a biological male who was convicted of raping a girl should be allowed to move to a women’s prison because of their recent self-identification as a woman.

Ms. Nandy said that Zoe Lynes, previously known as Christopher Worton, and other transgender convicts should be “accommodated in a prison of their choosing”.

“I believe fundamentally in people’s right to self-ID.” she said.