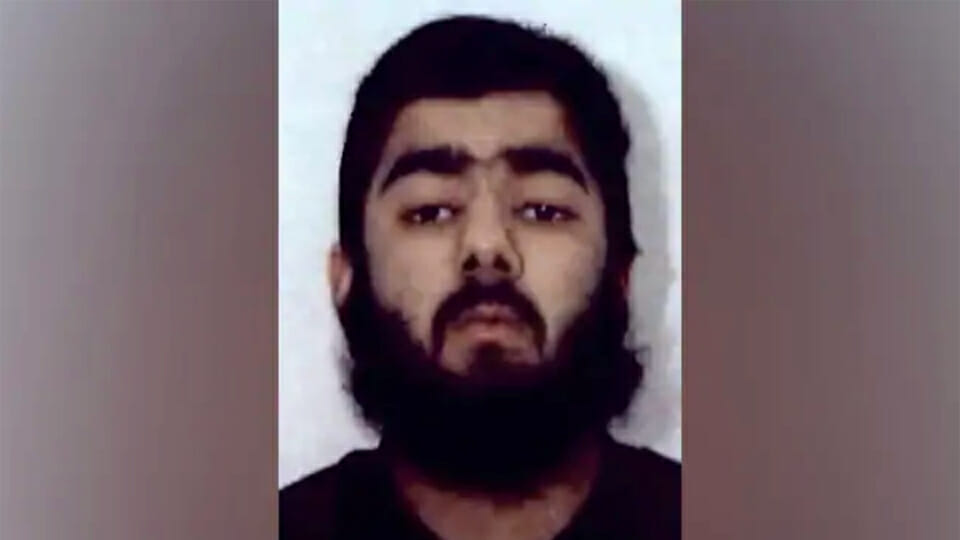 The shooting dead of Islamist terrorist Usman Khan, who murdered two people in the London Bridge attack on Friday, has raised a number of issues.

The fact that Khan who was convicted in February 2012 of being part of a plot to bomb the London Stock Exchange, was free to carry out the attack seems bizarre. He was originally given an indeterminate sentence and when that was quashed on appeal, it was reduced to sixteen years, with a recommendation that he serve at least eight years.

So he ought to have been in prison. The reason he was not is because last December he was allowed out on license.  Apparently Khan had agreed to be electronically tagged as part of the conditions of the release. Well, that obviously didn’t work.

Khan had been a member of Al-Muhajiroun,. an extremist group founded by Anjem Choudary, a radical Islamic preacher considered one of the most influential radicalisers in Britain.

Choudary visited Ireland in 2005 at the invitation of the Trinity Philosophical Society who believed that it would be a jolly jape to give a “platform” to a chap who stated that Ireland would be a legitimate target for Islamist terror attacks.

His visit was not only not challenged by the usual suspects who have attempted, sometimes successfully, to “no platform” others with whom they disagree, but was defended by some leftists on Indymedia who claimed that while obviously they would not agree with Ireland being bombed, they could see where Choudary was coming from.

This was at a time when British leftists like the Socialist Workers Party were in alliance with the Islamists in Respect. Nick Cohen said of Respect that “for the first time since the Hitler-Stalin pact, a section of the left has gone soft on fascism.”

Indymedia is no longer with us. One of its editors was Pat Corcoran who was convicted of possessing child pornography. Corcoran had also been a leading member of Anti Fascist Action with whom he continued to be involved even after his being charged.

The murders by Khan also highlights an issue of current concern to Ireland. Taoiseach Leo Varadkar said on Friday that plans were in place to allow Lisa Smith to return to Ireland. Smith who joined IS and was captured by Kurdish fighters and is currently being held in detention.

The question many will be asking is whether she ought to be allowed back at all. As stated on Gript before, she should certainly receive no government assistance if she does return. The media and the usual Care Bears ought also stop the nonsense that she was some innocent abroad and is no longer a threat.

Not only did Smith volunteer for a group responsible for unspeakable atrocities against the Kurds, Iraqi and Syrian Christians and others, but she was there when they were carried out. What guarantee is there that she will not re-connect with Islamist radicals based here, and possibly engage in other acts of terror?

This country has been fortunate in not having been targeted by such groups, but they are represented  here. It would seem that Ireland is currently viewed not as an operational focus for attacks, but as the base for logistical support, including the processing of members identities, and the use of Irish banks for their finances. It is well known for example that Qatar finances groups here which are at the very least sympathetic to radical Islam.

So the murders in London are not just something that need to be condemned, but an event that ought to lead to greater scrutiny of Irish based Islamists and less sympathy for their former fighters.

Could Amy Coney Barrett overturn Roe versus Wade? And should she?