Lockdowns: One of the Most Catastrophic Policy Errors of Modern times 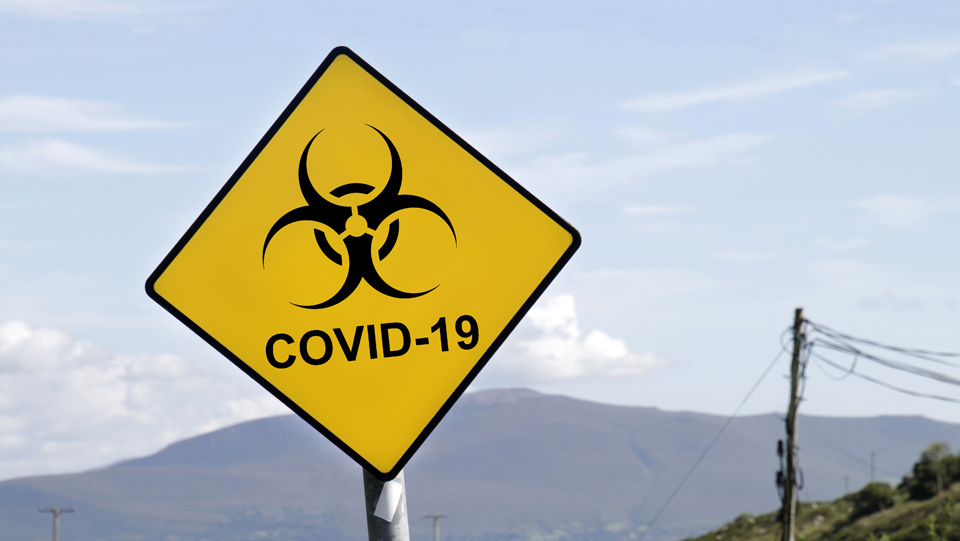 When respected scientific experts sitting on prestigious governmental advisory committees warned citizens early last year that the only way to protect themselves against Covid-19 was to shut down their businesses and stay at home until public health officials deemed it safe to come out again, most complied, even at great personal and economic cost.

The result has been one of the most far-reaching and unprecedented social experiments of modern times: the systematic and mandatory paralysis of a large swathe of normal social activity, including schooling, work, leisure, and mobility. If this giant experiment had been run on a one-off basis for a few weeks, the impact might have been moderate; but as it morphed into “rolling” lockdowns, the cure became far worse than the disease.

China got the ball rolling, by imposing a dramatic lockdown upon its citizens in January 2020. A host of Western governments soon followed suit, and lockdowns were imposed in relatively quick succession in Italy, France, Spain, Ireland, Germany, Belgium, Greece, the United Kingdom, Australia, New Zealand, and large parts of North America.

A “lockdown” could be technically defined as one or more non-pharmaceutical interventions (NPIs) which heavily restrict the movements and activities of the general population in order to contain the spread of an infectious disease. Voluntary reductions in socialising are not considered as lockdown measures; involuntary, police-enforced restrictions such as stay-at-home orders, travel restrictions, partial or complete border closures, and mandatory school and business closures, are.

The use of these sorts of highly intrusive population-wide measures to mitigate a pandemic represent a revolutionary break with conventional wisdom and best practice surrounding infectious disease control.

Prior to 2020, national and international public health authorities generally accepted that infectious diseases should be mitigated through relatively non-intrusive measures like improved hand hygiene, the development of more effective medical treatments and vaccines, and isolation of specific individuals or groups known to have been exposed to an infectious disease.

For example, the report on “Non-pharmaceutical public health measures for mitigating the risk and impact of epidemic and pandemic influenza” issued by the World Health Organisation in 2019 did not endorse the general efficacy of border closures as tools of disease control, nor did it contemplate the possibility of confining healthy populations to their homes.

So much for the prevailing philosophies of disease control. What of prevailing practices of disease control? To my knowledge, neither mandatory school and business closures, nor stay-at-home orders, have ever been employed in a systematic and centrally coordinated way to mitigate disease – that is, until January 2020. Therefore, centrally coordinated lockdowns of the sort that we have seen in 2020 must be considered as unorthodox, untested, and highly experimental interventions.

The question is, what have been the fruits of this giant public policy experiment? Have lockdowns actually been vindicated by their net benefits?

In order to adequately address this question, we must be clear on one thing: the appropriate benchmark for assessing the merits of lockdown policies is not just their capacity to reduce Covid infections or deaths, but their capacity to advance the overall health and well-being of affected populations.

For example, even if we eliminated Covid from the face of the earth, that would hardly be desirable if it drove a large section of the population into poverty and increased overall excess mortality.

Nobody in their right mind would deny that Covid-19 illnesses and deaths are a serious harm that we should mitigate in any reasonable way we can. Nonetheless, given the massive collateral damages that severe and prolonged lockdowns are known to inflict on society, they should never be undertaken in the absence of a careful cost-benefit analysis.

Yet to this day, I have not seen reports of any serious or sustained effort by pro-lockdown governments to show that the enormous harms of lockdown are justified by their likely net benefits. The fact that lockdowns have been employed without this sort of justification in hand is reason enough to consider them as reckless, inhumane and morally abhorrent.

The predictable harms of lockdowns, which will have to be carefully documented and tallied over the coming months and years, are extensive.

They include the worst global recession, according to World Bank analysts, since World War II, and dramatic increases in poverty and unemployment (currently at 25% in Ireland, including recipients of Covid payments according to the Central Office of Statistics), which are known to bring in their train declines in mental and physical health. This is also resulting in reduced public funding for healthcare due to a depressed economy; and an increase in social inequality, as day labourers and contract workers are uniquely vulnerable to the economic shock of lockdowns.

We’ve also seen an unprecedented transfer of wealth from small and medium businesses to multinational companies like Amazon, Netflix, and Google (given that small and medium traders are hit much harder by lockdowns than online traders).

Other tragic consequences of lockdown include spikes in loneliness, depression, and domestic abuse as people are deprived of social outlets beyond their homes. A generation of children are being set back in their education and life prospects by prolonged school closures (according to UNESCO, the impact of school closures “is particularly severe for the most vulnerable and marginalized (children)”.

A spike in untreated illnesses in expected, including cancer and heart disease, due to the cancellation of routine medical services and the generalised fear and panic generated by lockdowns. The WHO reported this month that the impact of the Covid-19 pandemic was “stark” and “profound” with “50 per cent of governments (having) cancer services partially or completely disrupted because of the pandemic.” One study in The Lancet Oncology journal estimates an increase of 8-9% in breast cancer deaths up to 5 years after diagnosis due to reductions or suspensions in cancer services.

On top of these obvious harms, we should not underestimate the impact of lockdown policies on civil rights and the rule of law. Legislators across Europe and North America have empowered the police to interrogate citizens just because they step into their cars, pay a visit to a friend or relative, or take a walk on the beach.

This level of State interference with basic civil liberties puts in jeopardy something very precious about the Western way of life: the idea that law-abiding citizens are free and responsible for their own actions, and not prisoners or wards of State.

Lockdowns are morally questionable on civil liberty grounds alone. But even if one believes it is legitimate to imprison citizens in their homes and strip them of a livelihood for the greater good, lockdowns remain a dangerous social experiment which should never be attempted in the absence of a compelling case that they do more good than harm.

Any government that does not provide a transparent and rigorous assessment of the likely costs and benefits of lockdowns before implementing them is guilty of gross negligence, and must answer to its citizens for its reckless and misguided interventions.

The hidden scourge of modern slavery