There aren’t enough superlatives in the world to express our gratitude for the courage of healthcare professionals who are putting their lives on the line to save others during the Covid-19 pandemic.

Doctors are coming out of retirement to work on the frontlines, and nurses and other medics are coming home to fight the good fight.

They are the heroes fighting in the trenches. We’re just being asked to stay at home.

But they are being sent into this fight without the equipment they need to ensure their own safety – and therefore to fully ensure the safety of their patients. That lack of protective clothing and equipment is an abject failure of planning by the government, and is an error for which they are not being held to account.

My brother is a general surgeon working a hospital in Spain, a country where almost 10,000 healthcare workers have now been infected with the coronavirus. Many have died and many others are very ill. The numbers are horrifying. We’re praying every night that he and all the other brave souls working to care for the rest of us will come through this alive.

He says the numbers of doctors and nurses infected is this high mostly because the Spanish government refused to listen when at a time when listening might have made a difference.

They failed to cancel mass gatherings in time, with President Sanchez even  encouraging crowds to attend the March 8 women’s day demonstration which attracted some 120,000 people in Madrid even as northern Italy went into lockdown. The government neglected to escalate testing, and ignored the warnings of experts regarding the likely strain the epidemic would place hospitals and resources. (If this all sounds familiar its because its pretty much what happened here too).

As one researcher, a consultant physician in internal medicine and infectious diseases wrote, this left health workers without equipment and protocols for the battle which “they are currently fighting piecemeal and without adequate weapons.”

My brother also says the stories about healthcare professionals being reduced to wearing bin bags as protective clothing in a pandemic are true. Most days, he and other staff members not dealing directly with those infected are without even basic protective equipment, which is happening in Ireland too.

In recent days medical associations in Spain have petitioned the courts asking for an order to compel the government to provide the necessary protection for healthcare workers. They argue that the World Health Organisation states that medical professionals  should be able to be able to carry out their duties without becoming sick or infected.

One would have thought that was obvious, but the truth is that, just like in Ireland, many of those who are holding the line against the Coronavirus have been let down in the worst way possible by their governments.

No-one wants to get into bashing the government at a time of national emergency, especially when people are scared and on lockdown. But the people seemingly now most at risk of infection, our healthcare workers, deserve better than being asked to take on this extremely dangerous and infectious virus without have the necessary equipment to protect themselves.

A shocking 23% of COVID-19 cases in Ireland are associated with healthcare workers. We know that at least one person has died so far – a nurse who worked in the east of the country. The proportion of medical professionals infected in Ireland appears to be even worse than for Spain and Italy. This is alarming and absolutely unacceptable.

What’s even worse is that the HSE has been less than transparent about the protective clothing emergency. As John McGuirk noted last week they told a blatant lie when they said the country had an  “adequate stock” of protective equipment, even as doctors and nurses were tweeting that the opposite was the case.

In fact, as the  Business Post reported, the President of the Irish Health Consultants Association (IHCA) was compelled to write to Health Minister, Simon Harris, because of “widespread shortages” of protective equipment for frontline heath workers. Dr Dónal O’Hanlon advised that stocks were “running out” in some locations, “leaving frontline staff and their patients in extremely exposed positions” and warned of “avoidable deaths” if it the shortage was not urgently addressed.

Within a day of the letter being made public, Susan Mitchell of the Business Post, who has done excellent work in this area, reported that she had “heard that some health care staff who have questioned lack of personal protective equipment (out of concern for our safety and theirs) have come under intense pressure to stop speaking out.”

So much for full transparency.

The courageous medics grappling with this infectious disease are relying on the goodwill of the public or of business to donate masks, gloves and other gear that’s required. One viral video from doctors at St James’s Hospital in Dublin saw medics forced to appeal to the public about their dire need for safety equipment for frontline staff.

St James’s hospital is now advising that staff should wear surgical masks for all patients encounters and staff meetings where social distancing cannot be practised, while an article published in the British Medical Journal in the past week warned that a ‘lack of access to personal protective equipment (PPE) and staff testing in care homes poses a major risk of covid-19 being spread’.

To make matters worse, even as protective equipment made its way here from China, reports are emerging from Spain, the Netherlands and other countries about defective equipment and tests from Chinese manufacturers having to be recalled.

It is to the eternal credit of our healthcare professionals that they continue to work to protect the rest of us  – even at a time where they feel, as one nurse observed to me, that they are being “thrown to the wolves”.

“Good news at a difficult time!” Simon Harris tweeted on Saturday. “262  extra nurses and 63 extra doctors have been successfully recruited in the last few days. Many more to come onboard! Thank you everyone.”

I suspect those doctors and nurses would rather have protective equipment than a thank you from this Minister for Health, or from the government who are mostly getting a free pass for their litany of failures in dealing with this crisis 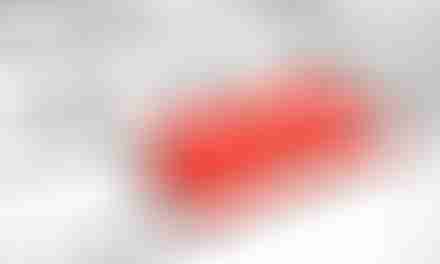 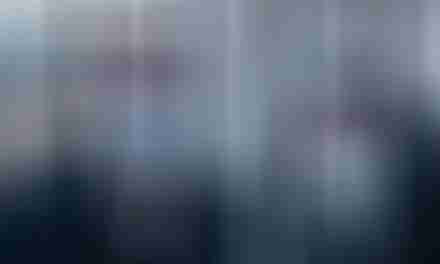