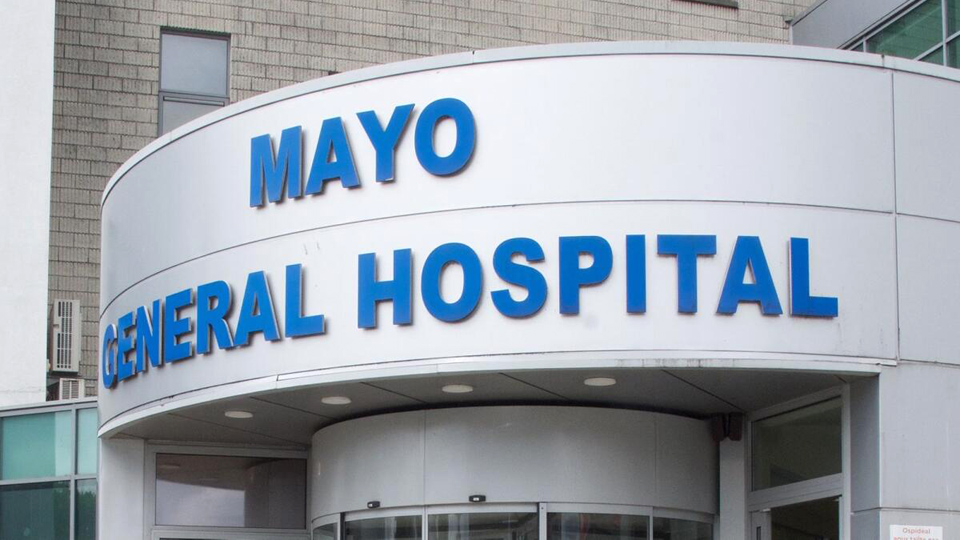 Documents released to Mayo Aontú representative Paul Lawless under the Freedom of Information Act show a third case of covid_19 crossover at Mayo University Hospital. Mr Lawless said that people were too afraid to present to the hospital at the height of the crisis.

Serious concerns were raised at the peak of the pandemic over levels of crossover among patients and staff between covid_19 designated wards and non-covid wards in the hospital, Mr Lawless said.

He said that his primary motivation in submitting the FOI request and asking difficult questions was “the people who were contacting me, too afraid to go to the hospital”.

The complaint released under FOI involves an elderly man who was a cancer patient at the hospital presented suffering severe side-effects from chemotherapy medication. His family claim that he was “interviewed by a receptionist – not a doctor or nurse” and that he was then sent to a Covid-19 ward despite having a letter from a GP regarding his cancer treatment. The family says he was not showing any symptoms of Covid-19.

The complaint says the man was then put into a ward with five Covid-19 patients – and neither he nor the family member accompanying him were given any protective clothing apart from a “basic mask”.

The family say the man was a “very vulnerable” patient with a very serious underlying condition and a compromised immune system and they feel the actions of the hospital put him at risk.

The issue of crossover between covid and non-covid wards first came to light when the family of a Ballyhaunis student, Sally Maaz, who suffered from a heart condition, said that she was moved from covid negative designated area into a covid positive ward in the hospital and subsequently died. The case was the subject of a protracted exchange at a Department of Health press conference.

“Another family then came forward and told the Irish Independent that their father Jackie Carolan would not have died if he hadn’t contracted the virus in the Castlebar hospital. Mr Carolan was a stroke patient and his family maintain he was placed in a covid positive ward,” Mr Lawless said. “The documents now released to me under the Freedom of Information Act show that a complaint was made to the hospital and the Department of Health by a third family who claim their relative was placed in a ward with five covid-19 patients,” he said.

Mr Lawless, who contested this year’s general election for Aontú and secured over 3,000 first preference votes said his primary motivation in submitting the FOI request and asking difficult questions was “the people who were contacting me, too afraid to go to the hospital”.

He added; “I’ve always been very concerned about the non-covid related deaths, that people were hearing the horror stories from the hospital and as a result were refusing to seek medical assistance and refusing to call an ambulance if they needed one. In asking these questions I wanted to establish that the hospital is now safe (with no covid cases) so the public do not need to be dying at home for fear of attending hospital” Lawless said.

“There are devastated families who are seeking answers, I’ve spoken to some of them. A deeply worrying aspect of all of this is that in her response to the points made by Aontú and Midwest Radio News, the Saolta Hospital management said that “all complaints” they had received had been responded to. What I’d like to know now is how many complaints did they recieve?”

Aontú leader Peadar Tóibín TD said “staff and former patients in Mayo University Hospital have been raising their concerns, and relaying their experiences with Aontú representative for Mayo, Paul Lawless, and with Midwest Radio News for some time now. The documents released to us under the Freedom of Information Act show that these concerns went all the way up the chain of command, through Mayo University Hospital, the HSE and all the way to the Department of Health. We now know that the Department was aware of the situation the day before it was raised at a press briefing”.

“Aontú’s pursuit of this story, from the outset, was based on the knowledge we were gathering locally which suggested that many people were afraid to present to hospital because of the stories they were hearing from inside. We wanted a clear statement from the relevant bodies on whether or not patients were being moved between covid wards and non-covid wards, because we feared that sick people would die at home because they were too frightened to attend hospital. Sadly such a statement was not initially forthcoming and that is deeply regrettable”.

“We must identify what went wrong, in order to ensure that we are fully prepared for a second wave of the virus, should we experience one. To that end I asked the then Health Minister, Simon Harris, a number of weeks ago if he would make a statement on the matter. At that time the Minister confirmed to me that he was.. “requesting a report from the CEO of the HSE on the Covid-19 measures taken at Mayo University Hospital from the outset of the pandemic, his views on the appropriateness of these measures at the particular points in time involved and his reassurance that all reasonable measures are now being taken to protect the safety of patients and staff in Mayo University Hospital”.

Deputy Tóibin continued: “I have no information as to the progress of that report, and I think it would be helpful for the devastated families involved if the new Minister for Health, Stephen Donnelly could make a statement on the situation and when we can expect to see that report. It is very worrying that throughout the pandemic, Mayo, despite its dispersed population and low population density, had many more confirmed cases than Galway city and county combined”, concluded the Deputy.