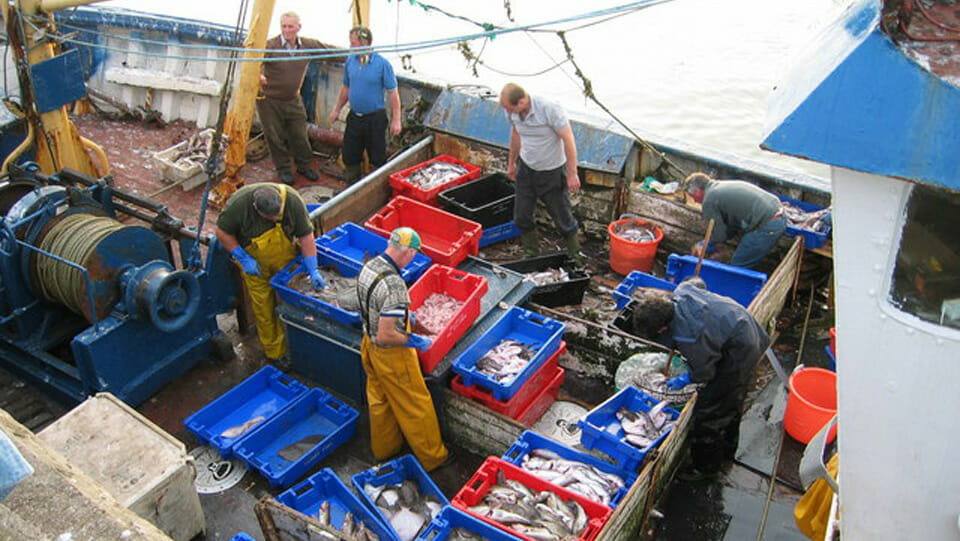 Tomorrow on TG 4 (Wednesday, Jan 8th), viewers of Irish Television, will get a rare opportunity to see a documentary that gives an honest assessment of our nation’s fishing industry. Little attention is ever given to the fact that our fisheries is our greatest natural resource.

Since 1975, foreign boats netted over €240 Billion worth of fish from Irish waters (that we know about), that is almost 90%. Whilst government ministers can be seen tripping over each other, defending the rights of global tech giants not to pay tax here, successive governments seem to actively make life difficult for the hard-working fisherman.

Of course, the European Union have no small part to play in all this, Fishermen felt that the introduction of the Common Fisheries Policy in the 1970s was a betrayal of Ireland. Many Irish nationalists have likened deal to the Act of Union in 1800, when the national elite of the day were bribed by London and power was transferred from Dublin to London.

A skipper from the South East spoke with Gript and said: “A huge frustration amongst us fishermen is that we have no stand alone “minister for fisheries” we feel than a minister for Agriculture Food and marine is just not good enough. We always feel we are put aside. The constant closure of the porcupine prawn ground ( which is Irish waters but considered EU fishing grounds) for Irish boats is another huge frustration. The biggest frustration is that when these grounds are closed to Irish boats other EU boats continue to fish there and reap the rewards.”

In the 19th Century, Ireland’s citizens, having lost independence, were unable to sustain themselves on their meagre landlord controlled plots, when the potato crop failed and food was shipped from the country. Of course, we are living in very different times, but we should never take food security for granted. But Irish fishermen are a resilient race of people. Despite these challenges, the fishing industry in Ireland represents an important economic activity, generating national income and providing local employment.

Tabú is a new series that will air on TG4 on Wednesday, January 8th @ 9.30pm, which will touch on a range of subjects, starting with Ireland’s Fishing Industries 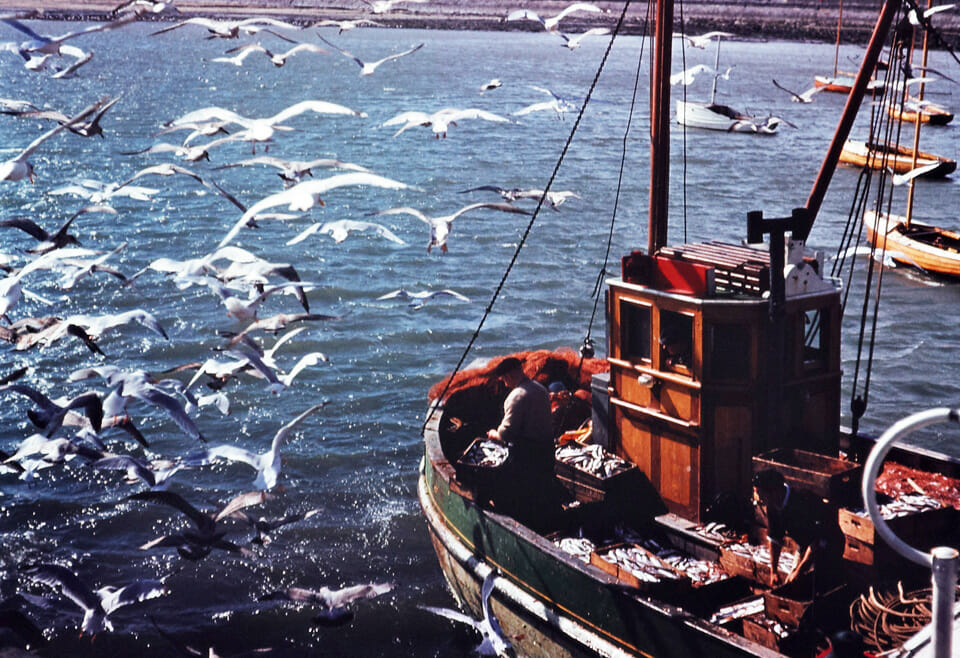 A fishing trawler returning to Skerries, Co. Dublin with a full catch. Local seagulls are having a ball with unwanted fish bits thrown back in by one the fishermen.  Date: Circa 1960. Photo credit: National Library of Ireland