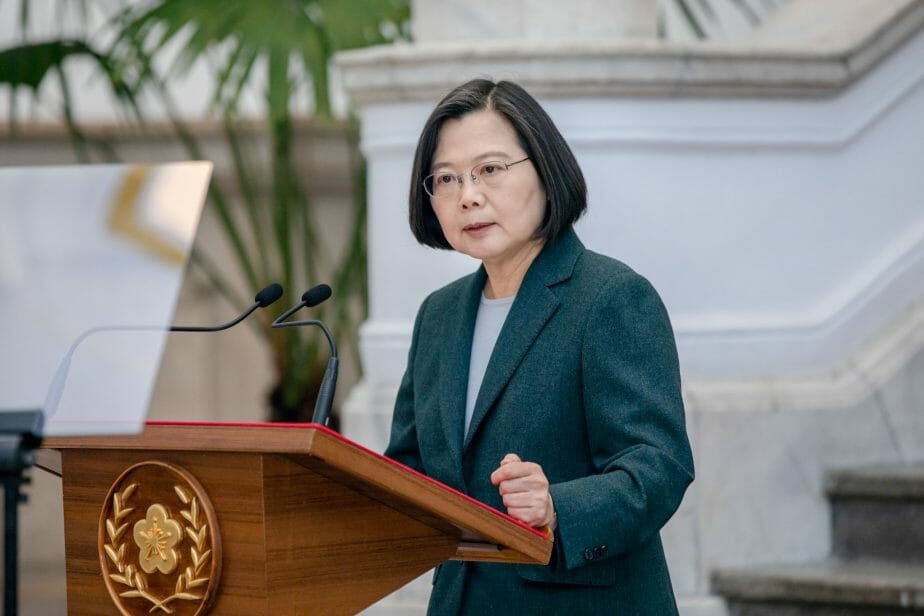 Steven Mosher has written a fascinating article at LifeSiteNews.com describing the steps Taiwan, a neighbour of China, took as early as December 31st, 2019 to contain the coronavirus and keep their death-toll at two.

Given their proximity to China and the thousands of flights every week between the countries, you might have expected Taiwan to be overwhelmed like Japan and South Korea was, but it has largely been able to keep a lid on the disease, with a total of 135 confirmed cases up until today in a population of 25 millions people, and 26 recoveries accounted for so far.

Mosher, the president of the Population Research Institute, who lived and studied in China, points to a number of specific steps the government of Taiwan took in preventing a serious outbreak, as seen in other countries near and far from the island nation.

One reason is that the democratically elected government of Taiwan reacted to the widening epidemic in real time.

China first admitted to the World Health Organization that it had “several” cases of a new pneumonia on December 31. The very same day, Taiwan’s Centers for Disease Control began monitoring passengers arriving from Wuhan. With China withholding information about the nature of the new pneumonia, Taiwan erred on the side of caution, screening passengers for no fewer than 36 known viruses.

When China shocked the world by quarantining one of its major cities, Taiwan reacted immediately, banning flights from Wuhan on January 26. It was the first country in the world to do so. As the disease reached epidemic proportions in China and began to spread around the world, Taiwan put in place no fewer than 124 safety protocols for the virus.

To prevent community spreading, the government distributed 6.5 million masks to primary and secondary schools, along with 84,000 liters of hand sanitizer and 25,000 forehead thermometers. It required office buildings and residential complexes to screen entrants for signs of fever, and to put hand sanitizers next to elevators.

It took these actions even though it was not allowed — because of China’s opposition — to attend the World Health Organization’s emergency meetings on the Chinese Coronavirus. (This actually may have been a good thing, since the WHO has been covering up for China from the get-go.) As everyone now knows, speed is everything when it comes to controlling epidemics.    Even a week’s dalliance can lead to uncontained community spreading of the virus. A month’s delay can be fatal to many.

Mosher is less than complimentary towards the Chinese government, citing Taiwan’s inherent distrust of the Chinese Communist Party as a secret ingredient in their early reaction to the outbreak.

Taiwan’s leaders, led by President Tsai Ing-wen, know from long experience that the Beijing regime is run by pathological liars who will always put their own political survival ahead of all other considerations, including the lives of those they rule.

They saw in the Wuhan Virus a replay of the SARS epidemic of 2003, which China’s leaders lied about as well until the mounting death toll made it impossible to do so. That experience caused the island nation to create strategic stockpiles of items that would be useful when — not if — a future epidemic emerged from China.

And when it did, they did not hesitate. They acted. Taiwan’s wariness where China is concerned is based on much, much more than Beijing’s irresponsible behavior during past epidemics. The Chinese Communist Party remains, as it has always been, an existential threat to Taiwan’s continued existence as a separate nation.

The country has been widely lauded as the international standard bearer for coping with the outbreak, but, fearing a new, second wave of the virus, the government of Taiwan last night decided to close its border to all foreign tourists and also announced a 14-day quarantine of all new arrivals, a move that was met with popular support according to reports.

The development comes after a sudden spike in the number of new cases, more than doubling in the space of a week to 135. The increase is being blamed on the arrival of European, Egyptian and Turkish travellers.

In a self-effacing reaction to the renewed outbreak, President Tsai Ing-wen said that whilst her government had “gained the approval of the international community”, Taiwan was once again in a ‘critical moment’ in the fight against the virus.

It seems the coming days will determine how Taiwan is remembered in the fight against Covid-19.

The truth about trans must be defended