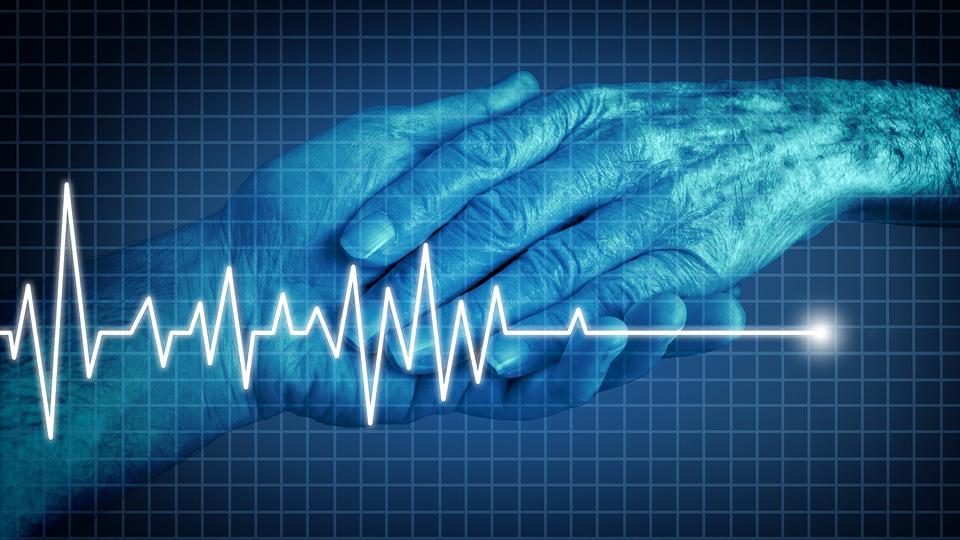 Submissions to the Oireachtas Justice Committee on the issue of Assisted Suicide have strongly opposed the bill drafted by Socialist TD, Gino Kenny, with one group saying the lack of safeguards in the proposal “indicates an astonishing carelessness as to the protection on vulnerable people.”

The Life Institute, who are running a strong awareness campaign on the issue, said that the bill before the Committee sought to legalise Assisted Suicide in Ireland. “In order to have an open and honest debate, euphemistic language should be avoided. Assisted Suicide enables a doctor to help a sick person end their life ,” they wrote.

The group said that dressing-up Assisted Suicide as providing ‘dignity in dying’ was an attempt to make the reality of assisting a person to take their own life more palatable, and said “the establishment media were, once again, acting as campaigners rather than as platforms for honest discussion or debate.”

In its submission to the Justice Committee, Life Institute pointed to “four fatal flaws in Mr Kenny’s bill”, and warned “that the failure to include rudimentary safeguards indicates an astonishing carelessness as to the protection of vulnerable people.”

The pro-life group said that “despite media claims, relief of pain and suffering is not mentioned in the Bill” and pointed to an interview given by Deputy Kenny to Newstalk where he did not seem to seem to be aware that his own draft legislation made no reference to the relief of “unbearable suffering” despite his insistence that the Bill’s intent was to deal with pain and suffering.  “It is to be assumed that the Justice Committee is more familiar with the Bill than its originator,” they wrote.

They also submitted that the term ‘terminally ill’ used in the proposal was “wide open” to interpretation, with no requirement for the patien to be at end of life.

“The Bill requires that a person be ‘terminally ill’ to avail of assisted suicide. A terminally ill person is defined as “having an incurable and progressive illness which cannot be reversed by treatment, and the person is likely to die as a result of that illness or complications”. This broad definition could include Parkinsons, heart disease, dementia and many other conditions. As the Committee will be aware, people suffering from incurable and progressive diseases can live for many years. Yet, there is no requirement that the person be at the end of life to seek assisted suicide  – once a diagnosis is received, the ending of one’s life can be requested,” the Life Institute said.

It also said that the Bill ignored the evidence that vulnerable people will be pressured to end their lives. “The Bill makes almost no effort to include safeguards for vulnerable people. It is now well established from the experience of other countries that vulnerable people feel under pressure to die by Assisted Suicide.  Some 56% of people who died by assisted suicide said that being a burden on family, friends and caregivers was a reason to end their lives, according to a 2017 study in Washington State,” they submitted.

Amongst other concerns raised in the submission were the conscience rights of doctors, and the soaring rates of Assisted Suicide in other countries.

The Life Institute notes that the Irish Palliative Medicine Consultants’ Association – the medical experts who focus on managing and relieving pain, especially at end-of-life – were strongly opposed to the Bill, with 88% of members polled expressing opposition. “In Britain, a 2019 survey found that 84% of doctors there felt the same. The Royal College of Physicians in Ireland says assisted suicide “is contrary to best medical practice”. The view of the leading medical experts caring for terminally ill and elderly patients could be summarised in the words of Prof Tony O’Brien who told the High Court in the Fleming case that doctors should not seek to “kill pain by killing patients,”. ” the submission said.

They said that “in Canada, the number of people availing of assisted suicide has increased five-fold in just four years since 2015. In Belgium, euthanasia cases have increased by a factor of ten since 2003, while the Netherlands has seen an almost five-fold increase in deaths since 2002. These rapidly increasing rates of deaths from Assisted Suicide should give even the most ideological campaigner pause. Belgium has allowed children to be euthanised since 2014, and the euthanasia of children is also now permitted in the Netherlands.”

“Professor Theo Boer, a leading Dutch expert who sat on euthanasia review panels for almost a decade, has shown that after euthanasia was legalised in the Netherlands the number of other suicides went up – with a rise of almost 34% in less than a decade. “In surrounding countries, most of which have no assisted dying practice, the suicide numbers went down. Germany, with a population much like the Dutch in terms of age, economy, and religion, saw its suicide numbers decrease by 10 percent in the same period,” he wrote.””

They noted that disability groups remained strongly opposed to Assisted Suicide. “As activist Mark Davis Pickup who has MS says, his healthy neighbours will get suicide prevention while he’ll be offered assisted suicide. The Royal College of Physicians notes: “All major UK advocacy groups for disability have rejected assisted suicide”,” the group submitted.

Hundreds of people and groups have made submissions to the Justice Committee on the issue in the past few weeks. Amongst them are the Leopardstown Active Retirement Group who told the Committee that it was totally inappropriate of the Committee to consider a measure they felt would most impact vulnerable people.

“Since lockdown we live in dread of contacting COVID–19. We feel lonely, isolated and depressed. Many of us have not seen our children or grandchildren since last March. Two of our members who are widowed spent Christmas Day all alone. We are so grateful to the kindly young person or shopkeeper who drops our few groceries around to our doorsteps. Most of all our thoughts and gratitude and appreciation are with our wonderful frontline doctors, nurses, careers, porters and support staff who are working night and day in the most difficult and dangerous environments. Because we are living or existing through such difficult times we feel it is totally inappropriate for Irish Politicians to even consider any discussion on Euthanasia, or as it’s sometimes so innocuously called  dying with dignity,” they wote.

“The Bill has completed its Second Stage in Dáil Éireann, and as a group we sincerely hope we hear no further discussion on this matter. We are totally opposed and very upset at the very thought of this Bill. We may be in our Autumn years, but we will feel obliged to protest and make our voices heard. We have discussed this issue at great length within our Retirees Group,  and indeed at the Bridge and Golf Groups. We know there is support to challenge this Bill,” they said.

“May we suggest that upgrading our Hospitals and Hospices would be more appropriate than upsetting so many vulnerable people. We all know, or should know, that terrible abuses of the voiceless and most vulnerable would follow, should this very alarming Bill be enacted,” the group wrote,

The  Justice Committee says it is scrutinising the ‘Dying with Dignity Bill’ to assess the Bill from a policy, legal and financial perspective with a view to recommending whether the Bill should proceed to Committee Stage or not.

Shelbourne Hotel: On second thought, we’ll put those statues back up