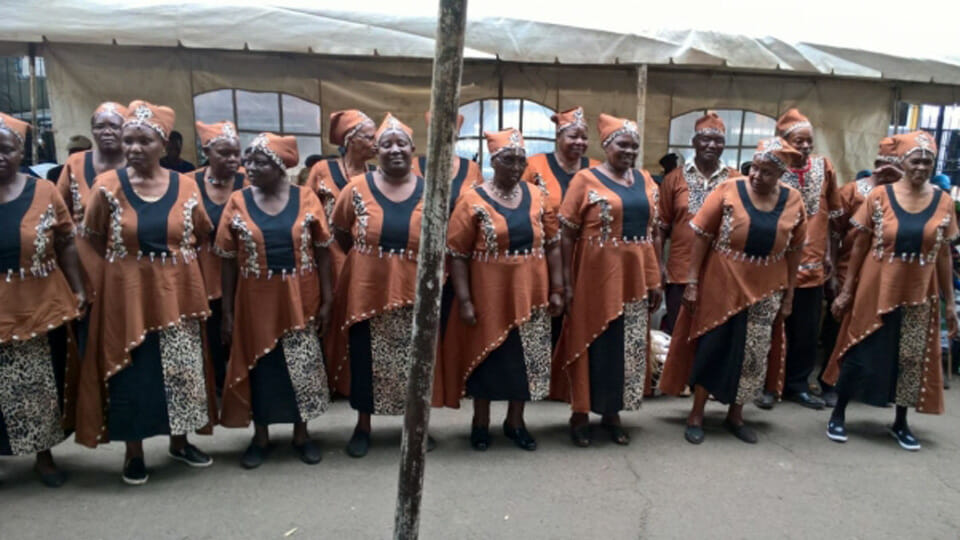 As a child, both my grandmothers would frequently visit us, often staying for months. At every visit, my parents were happy to pay medical specialists to examine them – no matter how minute their complaint – and pamper them by serving them their favorite foods. They also created room for them by giving them a bed in one of our rooms, and in the case of my grandfather, caring for him for months until he died.

My grandmothers usually lived up country, staying with my aunt, uncle, and numerous grandchildren who kept them company in their declining years. In this regard, my parents were no different from many people in Kenya who believed it was their responsibility to take care of their elderly parents.

Traditionally, every community in Kenya taught children that this is their duty. When people started moving from upcountry to work in the city, it was understood that once they got their first salary they had to share with their parents. It started with small items such as new clothes, blankets and watches, but as old age set in the responsibilities expanded. As parents grew older and needed a care giver their children continued to take them into their home, or close relatives went to live with them. It was unthinkable to put one’s parents in a home. Unthinkable.

And, one would definitely never mistreat or beat their elderly parents, if only for fear of divine retribution.

To date, most Kenyans still respect and adhere to this custom, but some do not. In the last couple of years there have been many stories in the media of children abusing their elderly parents. These are stories about withholding affection, lack of interest in parents’ well-being and loss of respect; extortion of pension and theft of property, even sexual abuse. In some extreme cases murder has been reported and thousands over the years have been killed on the pretext that they are witches, so the children can grab their land. The government department tasked with looking at issues affecting the aged is slow to act.

In this gap and crisis, Elijah Mwega has stepped in. He’s not trying to fix the system – he cannot – he is just trying to help the old people in his neighborhood. Experiences in childhood would eventually put him on the path to helping many old people.

Elijah was 13 years old and looking forward to going to high school when his father died suddenly and his uncles grabbed the property that could have been sold to send him to school. The uncles’ behavior made his mother sick and she too died. His hope for an education came crashing down. Fortunately, the community stepped in, contributed money and sent him to school. Elijah was so moved that he vowed to one day radically change someone’s life.

Some 32 years later, he noticed in his neighborhood a group of old people whose sense of helplessness matched his own at the time his parents died. So he started Karika, the only community-based organization in Nairobi dedicated to helping the elderly.

Karika’s modest community centre is on the outskirts of the busy capital city at Kawangware. In other parts of the city, when people retire they normally go upcountry. This is not the case in Kawangware. Residents continue to live there after retirement. Elijah’s sense of empathy made him not only notice the plight of this group but also initiate programs to assist them.

Any retired person can join, there is no admission fee or age limit. When he began working with them, the first thing he noticed was the abuse. Most abuse cases are provoked by a desire for land. Children, eager to inherit the land, abuse parents so they die. Elijah has seen young people so desperate to get money they go to the extent of starving their parents.

Local media report that the reason the elderly, around the country, fail to take abuse cases to court is because they do not know how to file a complaint and the children being younger know how to manipulate the corrupt judiciary system. Hence, Elijah decided to help the old people take cases to court. Without his help the elderly would have no chance of winning.

As Elijah interacted more frequently with the old people he noticed that, some of them were looking malnourished. He found out there were not getting enough to eat at home, they were eating less so their grandchildren could have a bit more. He started a feeding program where members get one free meal every day.

Karika is an acronym for Kenyan Aged people Require Information, Knowledge & Advancement. Although it provides other activities, the most popular ones currently are those of taking cases of abuse to court, the feeding program and those that promote social interaction.

Elijah noticed that most of the old people would come to Karika to be with their friends. These old people were lonely because they were left alone by their children for most of the day. Others lived alone, spending days or weeks without talking to anyone.

To help them bond, Elijah has created a variety of activities. One of the first ideas was the “merry-go-round”, which is a kind of microfinance. They are divided into groups and each week contribute money for one member to help them start or grow their business. It rotates so each member has a chance to receive the money. Those who do not have money to contribute are taught to make homemade soap which they can sell to friends. Says Elijah:

“You will find some of our older people running small businesses. Some sell goat milk, others rear chickens and rabbits, while others have small shops selling groundnuts and vegetables. The merry-go rounds are to help them get a sense of belonging more than anything else.”

Then he started a support group session, where members meet daily to share the challenges of becoming old: “It’s a chance to speak and listen to one another. To share problems and life lessons. The camaraderie gives them a new lease on life.”

Elijah has also started an old people’s choir that meets once a week and recently put up a performance at the Brazilian embassy. He is always coming up with creative ways to keep the old people occupied and make them feel like part of a group. Recently he took them for holiday to the coastal town of Mombasa, has introduced light aerobics sessions and is currently raising money so the choir can record their first album.

Although, Elijah comes up with many of the programs offered in Karika, he does not do it alone. He collaborates, mainly, with HelpAge International, Global Alliance for the Rights of Older People, World Vision and Kenya AIDS NGOs Consortium. Government bodies such as Ministry of Labour and Social Protection and National Gender and Equality Commission also help.

His efforts cannot solve the country’s elderly abuse and neglect crisis but it has changed the lives of a few old people in Kawangware. “It’s my duty,” says Elijah, “that’s what pushes me, duty.”

Marie Mulli is a freelance journalist and documentary filmmaker living in Nairobi, Kenya and her article is printed here with permission