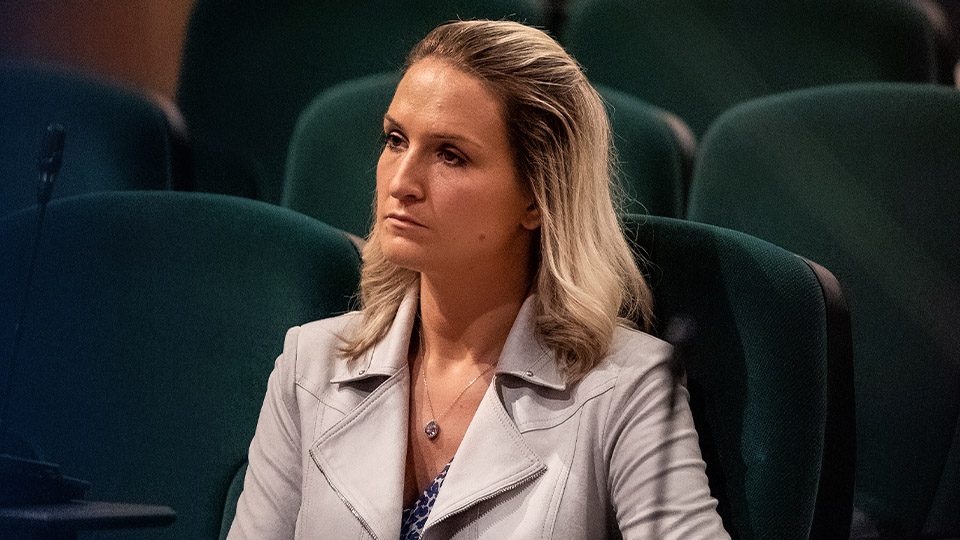 And you thought her predecessor, Charlie Flanagan, was bad.

Fine Gael Justice Minister, Helen McEntee, has taken to Twitter to boast about the fact that there have been almost no deportations under her watch throughout the covid-19 pandemic, describing this as a “compassionate and pragmatic approach”.

“I was glad to speak in the Seanad today and outline the compassionate and pragmatic approach we in government are taking toward deportation during the pandemic,” she said.

“Our approach is reflected in the fact that there have only been four deportations since March 2020, and that three of these applied to Deportation Orders which were issued before March. No deportations have occurred since March in respect of unsuccessful applications for International Protection. Our compassionate and pragmatic approach will continue for the duration of the pandemic and I am conscious that we are about to embark on a vaccination programme for Covid-19.”

She went on to justify continuing this policy for the foreseeable future, on the basis that mass vaccinations will soon be carried out, implying that illegal immigrants and those under deportation order should be able to go to a hospital and get vaccinated without fear of being deported.

“We in Government can give a commitment that no information gathered as part of a vaccination programme will be passed to the immigration authorities.”

Similarly, Michéal Martin announced that there will be a halt on all deportations except for extreme circumstances.

There will be a "stay" on deportations from Ireland for as long as the Covid-19 pandemic continues, the Taoiseach has indicated.https://t.co/mD6Wi99HBy

Now, on the surface, this might seem reasonable to some. After all, people commit all sorts of crimes – immigration crime is just one variety. The doctor wouldn’t ask you for your fingerprints before treating you, on the off-chance that you committed a bank robbery, right? It’s not the health system’s job to enforce the law in any other area, so what’s the difference in this case?

Well, first of all, as McEntee herself has admitted, this was going on way before the vaccine was even on the market, going back as far as March. Clearly nobody was coming forward to receive a vaccine that didn’t yet exist, so what was the justification then?

Secondly, while it’s true that it’s not the Health System’s job to make sure the law is enforced, you know whose job it is? Helen McEntee’s and Micheal Martin’s. She is the Justice Minister who is paid €79,510 ministerial expenses on top of her standard €96,189 TD’s salary by the taxpayers – i.e. you and I – to ensure that justice is served and the law is followed in our country. And Micheál is the leader of the government. And yet these are the ones declaring “Nobody has been deported in ages, and that won’t change anytime soon lads”.

If a doctor’s attitude was “Sure look, I don’t care if you’re legal or not, my job is to help people with diseases – that’s it,” you could at least understand that mindset. If incidentally there was a kind of implicit “don’t ask don’t tell” thing going on, that would still be bad, but at least the law would be respected on paper. But the Minister for Justice openly saying the same thing is a clear dereliction of her duty and a recipe for criminality.

And these choices have real consequences. As recently as May 2020, while McEntee was employing her “compassionate approach”, Irish media told of a “Brazilian Murder Squad” (that’s their term, not ours) who were intercepted by police while trying to kill a traveller in Clara, Co. Offaly. The four men were wielding submachine guns and sawn off shotguns.

How a €70 debt resulted in a Traveller gang bringing a Brazilian 'murder squad' to Offaly https://t.co/dX6fGLrmhQ pic.twitter.com/AwS9pLxbOF

As reported by Extra.ie:
“A senior source told the Mail: ‘If these men had opened fire with a sub-machine gun up in that housing estate, it could have been absolute carnage considering all the families based up there, there could have been dozens of casualties.”

And, the key piece of information from the Independent:
“The court heard da Silva has 24 previous convictions in Ireland, which include offences for theft and possession of knives. He has also been the subject of a deportation order since July 2019, having entered the country on a holiday visa.”

At least one of these men was a known hardened criminal, who was under a deportation order for almost a year, and yet, this May, here he was prancing around the country with his heavily-armed mates attempting to shoot up rural housing estates and kill Irish citizens. And this is just one recent example.

It’s been common in Ireland for years for criminals to be asked to “self-deport”, which is about as effective as you would expect. It’s a bit like asking a criminal to escort themselves to prison – as in, it’s a joke.

At a Joint Committee meeting on the 11th of July 2018, Michael Kirrane, Director General of INIS at the Department of Justice (INIS is the Irish immigration service), admitted that when a deportation order is issued to someone, the obligation is on the person to remove themselves from the State.

“When a deportation order is issued, the obligation is on the person to remove themselves from the state…We can’t be precise about how many actually do because we don’t have exit checks.”

Yes, he actually said this on camera. You can see for yourself right here.

It’s an undeniable and well established fact that violent crime in Ireland has been spiraling out of control in recent decades, seemingly setting new records on an annual basis.

Sex crimes at all-time high in 2019 after sixth consecutive rise.https://t.co/ZY8ouanyJV

That is not an incidental fact, but a direct result of limp-wristed, short-sighted policies like this.

When will Irish politicians and police do the job they are paid handsomely for and actually protect the citizens who pay their salaries?