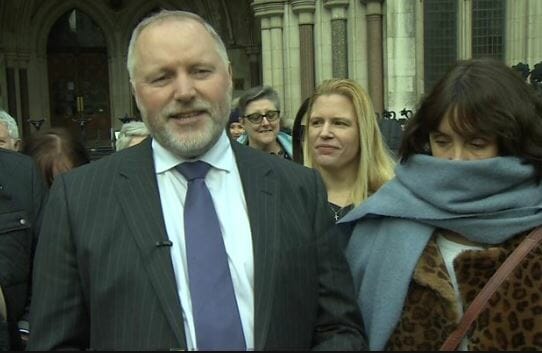 A High Court judge in the UK has said police there acted like the Stasi or Gestapo might have after they pursued a Twitter user to his workplace for alleged “transphobic comments” which they knew did not constitute a crime.

Former police officer Harry Miller (54) from Lincolnshire had posted a number of tweets about transgenderism in 2019 as part of the debate about changes to the Gender Recognition Act 2004. Some of the comments were sarcastic, whilst others claimed transgender women could simply not become biological women.

One tweet read: “I was assigned mammal at birth, but my orientation is fish. Don’t mis-species me.”

The tweets and other retweets were sent to police however a woman called by Mrs B, who was present in court, and officers recorded the comments as “hate incidents”.

An investigating police officer then visited Miller’s workplace to tell him he had “been on a course” and needed to understand “you can have a foetus with a female brain that grows male body parts.”

Miller was informed that, although the tweets were not crimes, they would be recorded as non-crime “hate incidents”.

Miller’s barrister, Ian Wise QC, told the court that the policeman’s actions had a “substantial chilling effect” on his client’s right to free speech and was an attempt to “dissuade him from expressing himself on such issues in the future.”

The court found the policeman’s actions were a “disproportionate interference” in Miller’s right to freedom of expression, with the judge saying the married father of four was under the impression “he might be prosecuted if he continued to tweet.”

Mr. Justice Julian Knowles said the effect of workplace visits by police due to political opinions of staff “must not be underestimated.”

“To do so would be to undervalue a cardinal democratic freedom. In this country we have never had a Cheka, a Gestapo or a Stasi. We have never lived in an Orwellian society.”

The judge said: “The claimants’ tweets were lawful and there was not the slightest risk that he would commit a criminal offence by continuing to tweet.”

Mr. Miller’s challenge against the College of Policing guidelines was rejected however, with Justice Knowles claiming they “serve legitimate purposes and (are) not disproportionate.”

The guidelines define a hate incident as “any non-crime incident which is perceived, by the victim or any other person, to be motivated by a hostility or prejudice against a person who is transgender or perceived to be transgender”.

Mr. Miller welcomed the ruling made against the police force however, calling it a “watershed moment for liberty.”

“The police were wrong to visit my workplace, wrong to ‘check my thinking’,” he said.