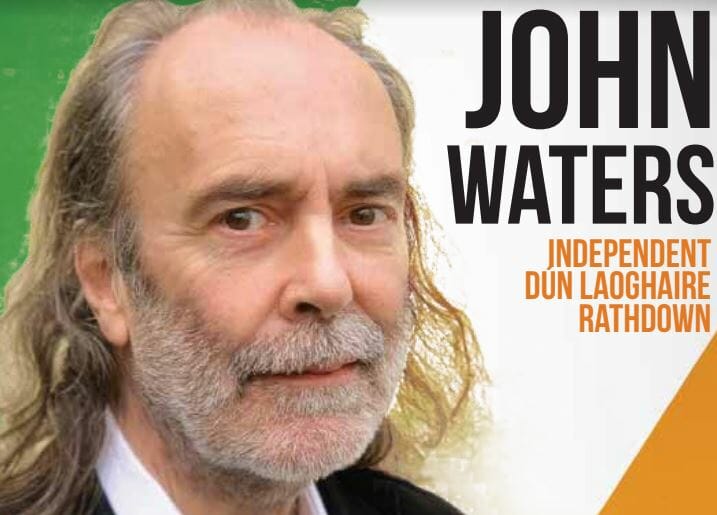 Former journalist John Waters has announced he will run as an Independent candidate in the upcoming general election, affiliating himself with the Anti-Corruption Ireland movement.

The Roscommon native will run in the Dun Laoghaire constituency where has resided for most of his career.

Waters’ election leaflet sets forth a raft of policies he will focus on if elected, including the construction of an Irish economy “uncontrolled by foreign vested interests”, an end to “mass migration”, and a zero tolerance approach to “an escalating culture” of crime and corruption.

Sharing why he has decided to run in the election, Waters says “I believe we are at a moment of grave national crisis” in which Ireland’s “cultural and demographic nature” is being fundamentally changed.

He also criticises the current government, saying “Our ‘leaders’ pander to the wishes of outsiders – the EU, the UN, fly-by-night corporations availing of our bargain basement tax rates”, pointing to immigration levels as the main reason public services are strained.

The Anti-Corruption Ireland movement Mr. Waters is involved with was set up by former Irish Independent reporter Gemma O’Doherty to expose what it perceives as widespread corruption among “the political and media elite.”