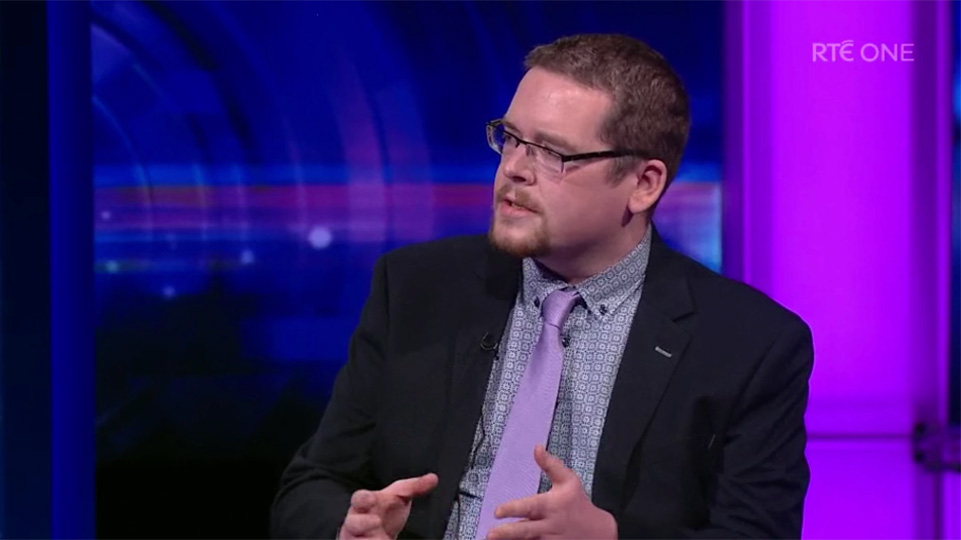 Gript.ie editor John McGuirk debated Neale Richmond of Fine Gael on Prime Time last night, defending people’s right to peaceful protest and pointing out why so many are upset at the Government’s appalling mishandling of the Covid-19 crisis. In a robust exchange, he said that when reasonable people, including legal and medical experts, sought to question the government, they had been silenced and censured.

Answering the suggestion from the PrimeTime presenter that the violence on Saturday suggested that the problem was the lockdown protest, John McGuirk said that violence was a part of the protests in Blanchardstown in January but no-one sought to suggest that the Black Lives Matter movement was the problem.

He said that he utterly condemned violence against Gardai, and took issue with RTE, the national broadcaster, for seeking to suggest the protestors were “far-right” or “nazi” – pointing out that the video shown by PrimeTime to set the narrative for the debate had failed to interview even one person who attended the anti-lockdown protest for the programme.

“What was missing from that VT was any single interview with any single person who took part in the protest,” he said.

“I did. I spoke today on the phone to a man called Billy. He voted for Neale’s party in the last election because he thought Leo Varadkar was for the people who get up in the morning. His business has been shuttered for 159 days and this month, he won’t make his mortgage payment. He hasn’t told his wife that yet. He’s at his wits end. He says ‘I used to think I was the person who used to get up in the morning but now I don’t get up until 11-o’clock’,” Mr McGuirk said.

Addressing the hypocrisy in government actions that angered many people, Mr McGuirk said:

“The people who are suffering in this pandemic, the people who take to the streets to protest and are being called nazi and far right for doing so – while Neale comes on tonight .. to advocate for banning protests while last August his Taoiseach went to the European Union to advocate for the right of people to protest in Belarus. On the first of June last year there was a Black Lives Matter protest in Dublin attended by a government TD,  and your party leader, Neale, next day – in the middle of a Level 5 lockdown at the time, sent a tweet in solidarity saying ‘I stand with these protesters.”

Neale Richmond said that it wasn’t about a free speech issue but about respecting a Level 5 lockdown.

“Last year at the height of a level 5 pandemic, your constituency colleague attended a BLM protest that was completely in breach of the regulations. This television programme didn’t even bring that TD in here and ask him why. But ordinary people protest the lockdown and all of a sudden — Nazi panic,” Mr McGuirk responded.

“We have a record in this country of [when]  people want to dissent, people who want to speak out and say ‘we have the longest lockdown in Europe, longer than Greece, Poland, Germany, Estonia, Romania and Bulgaria combined, and with more deaths than most of those countries: when people want to show those facts or protest those things, when reasonable people speak out, your government sacks them. When ordinary people protest, your government calls them Nazis,” he said.

Paisley Jnr: The IRA perpetrated a “catholic” genocide against protestants

SHUT DOWN: Schools, colleges and childcare facilities to close, shops to remain open