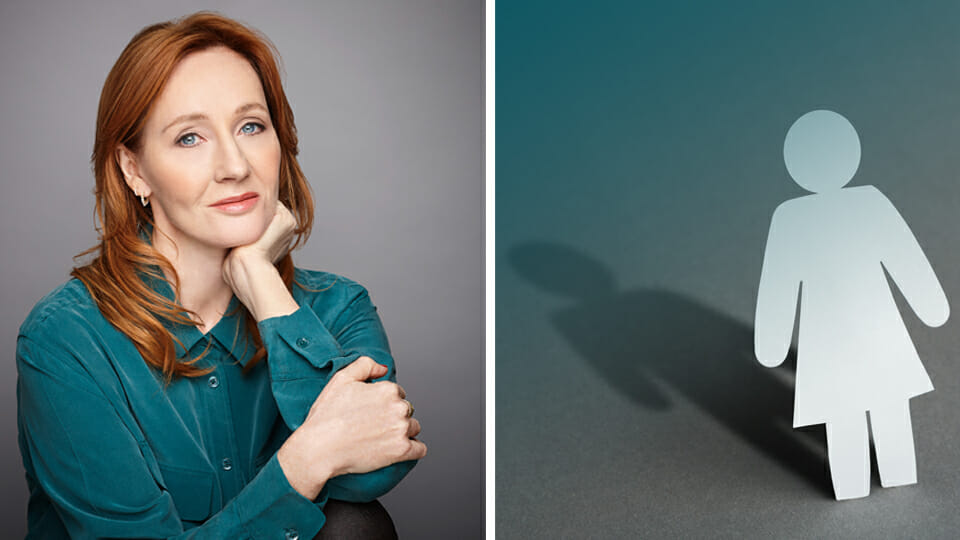 The acclaimed author JK Rowling has defended her views on sex and gender identity after a manufactured backlash was hyped by media reporting and a social media attack campaign.

Writing on her blog, Rowling says that for expressing her views “activists who clearly believe themselves to be good, kind and progressive people swarmed back into my timeline, assuming a right to police my speech, accuse me of hatred, call me misogynistic slurs and, above all – as every woman involved in this debate will know – TERF.”

Addressing her concerns, the Harry Potter author writes: “I’ve read all the arguments about femaleness not residing in the sexed body, and the assertions that biological women don’t have common experiences, and I find them, too, deeply misogynistic and regressive. It’s also clear that one of the objectives of denying the importance of sex is to erode what some seem to see as the cruelly segregationist idea of women having their own biological realities or – just as threatening – unifying realities that make them a cohesive political class. The hundreds of emails I’ve received in the last few days prove this erosion concerns many others just as much. It isn’t enough for women to be trans allies. Women must accept and admit that there is no material difference between trans women and themselves. But, as many women have said before me, ‘woman’ is not a costume.”

She said that trans activists were making people terrified of having an opinion. “Huge numbers of women are justifiably terrified by the trans activists; I know this because so many have got in touch with me to tell their stories. They’re afraid of doxxing, of losing their jobs or their livelihoods, and of violence.”

Ans she was defiant in the face of those threats: “I refuse to bow down to a movement that I believe is doing demonstrable harm in seeking to erode ‘woman’ as a political and biological class and offering cover to predators like few before it. I stand alongside the brave women and men, gay, straight and trans, who’re standing up for freedom of speech and thought, and for the rights and safety of some of the most vulnerable in our society: young gay kids, fragile teenagers, and women who’re reliant on and wish to retain their single sex spaces.”

Her full essay can be read HERE.