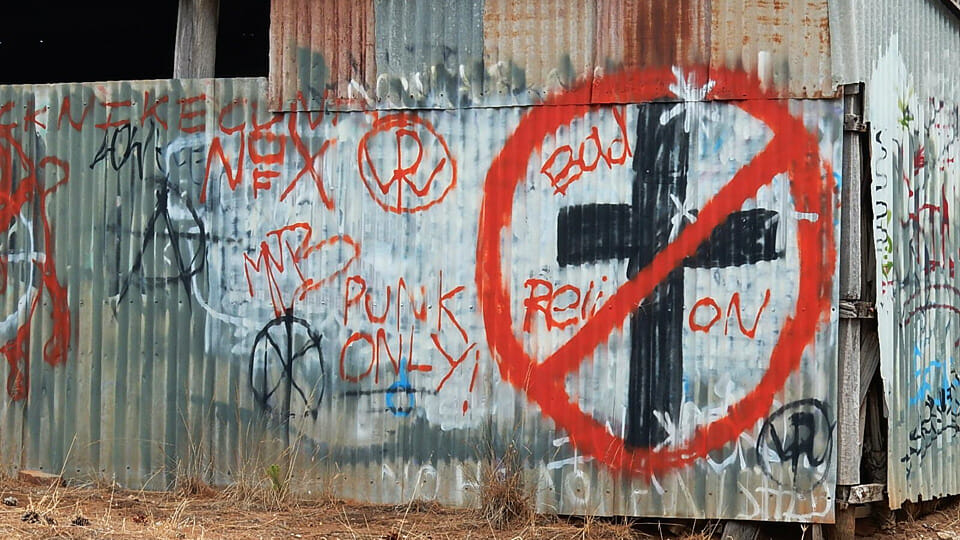 A recent survey, carried out by Amárach Research for the Iona Institute, found that a very substantial 43% of respondents “do not pray”. This was at the height of the pandemic crisis, when people were losing their jobs and fearful for their health – and still 43% of them said they did not pray, which speaks volumes for the sort of society we have in modern Ireland. While 43% is itself a high figure, these non-believers actually form a substantial majority in those younger age groups which, for example, voted overwhelmingly for abortion in the 2018 referendum. We are looking at the future here, folks.

In the Behaviour & Attitudes Exit Poll, conducted on the day of the 2018 abortion referendum, there is a lot of information about religious belief and unbelief. Atheists comprised 5% of that sample, and about 94% of these voted Yes in the referendum. “Spiritual but not religious” comprised a further 11%, and about 92% of these voted Yes. Agnostics comprised 2% of the sample, and about 82% of these voted Yes. 89% of those who never/hardly ever attend church, voted Yes – and this is a very large subgroup, 29% of the total sample. The only religious subgroup I could find, that produced comparable percentages on the No side, was the subgroup who attended church several times a week – 84% of these voted No, but this subgroup comprised only 4% of the sample. (These data are in a different form from the RTE Exit Poll, but can be found in a blog I wrote recently for the Iona Institute website; this can be accessed by going to the website and typing my name into the search panel).

Any rational person must conclude from the above that it is atheism, and other forms of irreligiosity, that are now dominating our politics, and certainly not Catholicism.

Indeed it is those without a commitment to religion who now appear to be voting in a uniform manner, much more than the Catholics, whose voting behaviour is all over the place. But I am still encountering headlines like “National Maternity Hospital: Has threat of church influence been removed?”, and still reading in Letters columns about the “danger” that the new NMH might be Catholic in ethos. It should be obvious, given the political realities, that this is not going to happen.

During the abortion referendum, 88% of No voters in the Exit Poll identified themselves as Catholic, and 88% of 720,000 No voters sounds like a very large voting bloc, but it is obvious from an analysis of other data in the Exit Poll that (a) a good part of the explanation for the 88% figure is that Catholics formed a big part of the total sample, and were therefore a big part of the No voters, but for the same reason they were also a big part of the Yes voters, and (b) many Catholics (about 70% of them) are not at all serious about their religion, attending church once a month or less, and a big majority of these nominal Catholics actually voted Yes.

Equally remarkably, the No voters in the Exit Poll (whatever their religion) did not, for the most part, intend to carry their opposition to abortion further than the referendum itself.  This can be deduced from their stated voting intentions for future elections: 50% of those intending to vote for FF voted No in the referendum, and 25% of those who intended to vote for each of FG and SF had also voted No. The leadership of none of these parties is interested in even a modification of our abortion laws, unless the modification is to make abortion even more accessible. Yet No voters, in large numbers, support these parties in general elections. In Election 2020, No voters supported the traditional parties much more than they supported pro-life parties like Aontú and Renua, who got only about 2% of the votes between them.

In short, neither committed Catholics – at most, about 30% of those baptised Catholic – nor committed No voters, who care about abortion enough to change their voting behaviour in general elections, are large enough in number to substantively affect general election results. The politicians know this; and they also know that the mainstream media will not criticise them for ignoring pro-life concerns. The political pendulum has swung in the other direction entirely.

More’s the pity. But, as we Catholics no longer have political clout, it does not seem too much to ask that journalists would stop talking about us as if we had. They should focus on the growing political impact of the irreligious, instead, who have already shown that they are prepared to vote overwhelmingly for abortion, and no doubt will bring the same extreme attitudes to issues such as euthanasia, assisted suicide and secularisation of schools.

Irreligion, not religion, is now the dominant cultural and political vector in Ireland. Irreligiosity, and anti-religiosity, is driving our politics much more consistently and effectively than Catholicism in its heyday ever managed. That’s something we should talk about more.

Jim Stack MSc PhD is a retired Mathematician/Statistician, and is writing here in a personal capacity. Most of his research output is listed on https://www.researchgate.net/scientific-contributions/39162763_Jim_Stack

Sinn Féin: “Far-right disinformation” is “hacking into the minds” of Irish troops