Japan says that WHO should start calling itself the Chinese Health Organisation. 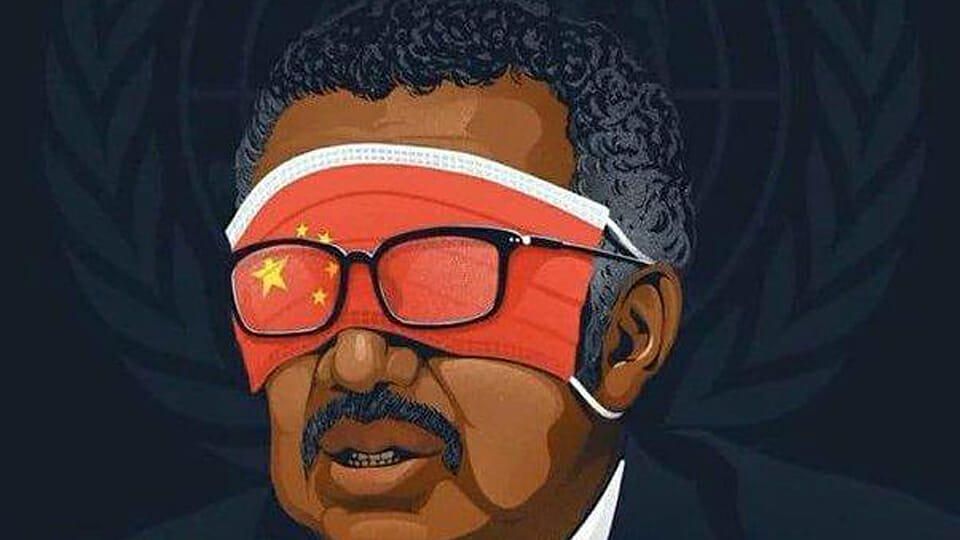 Japan's Deputy Prime Minister and Finance Minister Taro Aso said on Thursday that the petition came as many people worry the World Health Organization may have to change its name to the "Chinese Health Organization."
WHO🔜🔜🔜CHO @AbeShinzo @WHO pic.twitter.com/pl1suxLfm9

He went on to say that “Taiwan has been one of the countries most successful at disease prevention precisely because it’s doesn’t listen to the WHO. But I can’t even call it a country, because then the Chinese Communist Party (CCP) will get angry and tell me I have to sit down”.

The Minister made the comments whilst discussing a petition, which you can read more about HERE, which demands the resignation of the Director-General of the WHO, saying that he is a pawn of the CCP and his slow response to the virus allowed it to spread and become a pandemic. The current Director-General, Dr Tedros Adhanom Ghebreyesus, was elected with the support of the CCP, after an election which saw him accused of covering up 3 major cholera outbreaks when he was the Ethiopian Health Minister.

Dr Tedros has blamed Taiwan for the petition, which is now at nearly 700,000 signatures.

The WHO is coming under increasing pressure over its links to China, particularly after the WHO argued against trade or travel restrictions being put forward as a means of stopping the virus.

Dr Bruce Aylward, who was co-head of the WHO’s COVID-19 fact-finding mission to China, was one of the most prominent members of the WHO to publicly speak against travel restrictions. He, however, found himself partially scrubbed from the WHO website after a bizarre recent interview which saw him refuse to acknowledge any question that referenced Taiwan. The CCP does not recognise Taiwan as a state, and refuses to allow any international organisation it is a member of to recognise Taiwan as a state either.

The petition can be found HERE.