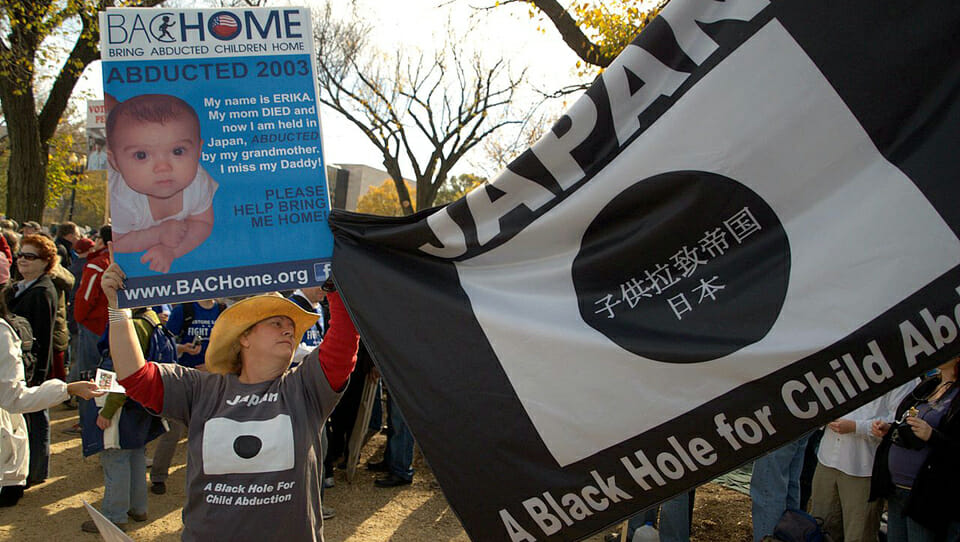 The term International Child Abduction is generally used to describe situations where one parent (the abducting parent) removes a child from the state where the child usually lives to another state without the consent of the child’s other parent or in breach of a court order.

It is a phenomenon that afflicts families right across the entire EU and beyond and often involves heart-breaking tales of family breakdown, suspicion, control and outright child abuse.

Legally, the 1980 Hague Convention on the Civil Aspects of International Child Abduction is the treaty between states that was set up to protect children who are subjected to situations of international child abduction.

As our own Department of Justice makes clear, the aim of the Hague Convention is to return children to the state where they usually lived prior to their wrongful removal, so that the competent authorities in that state (i.e. courts) can make decisions in relations to matters of custody and/or access.

In 2017, 36 applications for return of a child under the Hague Convention were made from Ireland. As reported on by Colm Keena in 2018, those 36 cases were complex, difficult and emotionally challenging-especially in cases where it was clear that both parents had a genuine love for the child or children at the centre of the dispute.

Ireland actually has a pretty good record on this matter.

Chief among these has to be Japan. Indeed the domestic, internal situation there is so bad, that Kizuna Child-Parent Reunion, and Japan Child Abduction, two of the leading organisations working to combat this problem, both estimate that a staggering 150,000 children lose contact with a parent in this way every year.

What is striking about the Japanese situation, is that it is usually the mother who has removed access to the child from the other parent.

While the vast majority of these type of cases relate to Japanese nationals within Japan; it is reckoned that about 1150 cases of child abduction to Japan take place every year – some put the figure closer to 2000.

Much of the difficulty in Japan is down to the fact that such matters are generally considered to be ‘private.’

There is also the fact that Japanese law, (quite bizarrely) does not recognise joint parental authority after a breakup up or divorce and is seen internationally as having a chronically dysfunctional family law system.

Japan Child Abduction have made it clear on numerous occasions that Japan is not simply ignoring international law as outlined in the Hague Convention; but it is dismissive of situations where visitation rights granted in Japanese Family Courts are routinely ignored and the contact between the abducted children and their left behind parents is completely cut off.

Following intensive lobbying by European parents, the problem has been repeatedly raised at EU Parliament level and with the High Representative of the Union for Foreign Affairs and Security Policy.

At the American level, organisations like Bring Abducted Children Home work to highlight the distress caused to their parents. They estimate that at least 400 children of American heritage are unlawfully detained in Japan.

Bring Abducted Children Home have gone so far as to describe Japan as a ‘Black Hole’ for child abduction.

At the EU Level, Ambassadors of 26 Member States sent a letter addressing to this issue to the Japanese Minister of Justice in March 2018.

This was followed, in 2019, by several meetings with Japanese authorities.

Most recently, the situation of children deprived of contacts with one of their parents was discussed during the second joint committee meeting under the EU-Japan Strategic Partnership Agreement on 31 January 2020 -although this occurred under the rather benign heading of “views on regional situations in which the both sides are interested.”

Leaving aside wider issues around its demography and catastrophically low birth rate, none of this chime’s well with our understanding and image of Japan as a technologically brilliant and innovative culture.

It is high time therefore that Japan got its act together and started paying more than lip service to its human rights obligations in this area.

‘All will be well’? Only if the world acts to stop COVID

Bad news: Now the Aliens are talking to us