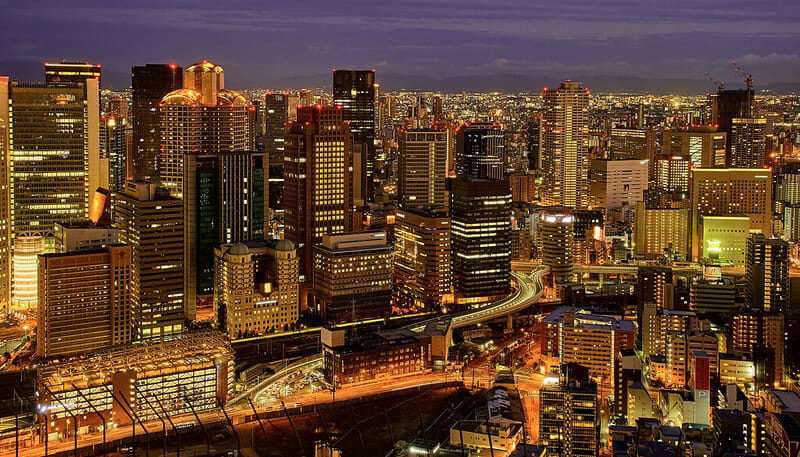 This Bloomberg piece about Japan’s rural depopulation is very interesting. And since it is not only interesting but also about demography, it seems perfect to share with you, the readers of the Demography is Destiny blog.  As we have often said before, Japan is the canary in the demographic coalmine, the country that the rest of the world is looking at (or should be). This is because demographic ageing and decline in the land of the rising sun is so much more advanced than most other countries and points to what is in store for the others and how to solve those problems (or not).

What appears to be happening is a division of Japan into two. Japan A is a 300 mile long chunk of the country running from Tokyo through Osaka. Japan A is an industrial-urban corridor, home to the Japan of bright lights, bustling cities and world-class wealth. Japan A contains half of the country’s 126 million people but only 14 per cent of its landmass. Japan B on the other hand is the rest of the country: small cities, towns, villages which are all emptying as their young people leave for Japan A and their elderly die off.

Those left behind in the dying part of Japan are struggling. It is harder for the elderly in Japan B to access essential services like health care and groceries. Last year the agricultural ministry commissioned a survey which found that 80 per cent of all towns needed to take steps to help residents to obtain groceries. In the years 2002-2017 over 7,000 public schools across Japan shut their doors, the majority in rural areas. A lack of educational opportunities is yet another reason for young families to leave Japan B for the bright lights of Japan A.

And this exodus is expected to continue. In the next 12 years the rural population of Japan is predicted to decline by 17 per cent. (The comparable forecasts for the USA and Germany is 7.4 and 7.3 per cent respectively.) In the 2030s this decline will sharply steepen to a 2 per cent drop each year. By the 2040s rural depopulation in Japan will be the fastest in the world except for Albania and Bulgaria; hundreds of towns will be deserted.

While Prime Minister Abe has tried to spur people to stay in Japan B, his efforts do not seem to be working. His government has offered one-off cash payments of up to 3 million yen (28,000 USD) to those willing to move out of greater Tokyo to work for small or medium sized companies or to start a business of their own. It has also offered subsidies for local universities and businesses. On the other hand, the Abe government’s monetary stimulus campaign has been largely to the benefit of Japan A. Side effects from the Bank of Japan’s program have made it hard for regional banks to survive. These are forced to take on more risk just to stay solvent as negative interest rates make turning a profit challenging.

In the years ahead it will become increasingly costly to keep all of Japan connected to gas and sewer lines. Keeping ambulance services within 20 minutes of every town will also be harder to justify as the rural population dwindles. Considerations like these lead some, like Kotaro Kuwazu of the Nomura Research Institute (one of Japan’s leading think tanks), to argue that Japan should reinvent itself as a great city state. That Japan should shed itself of Japan B and concentrate on Japan A only. To compete globally, Tokyo should be given more resources and power and converted into a world leading megalopolis. Thus people should be encouraged to move into Japan A and the rural depopulation should be embraced. Is this too radical a notion? Or is it merely making the best out of what is actually happening to the nation? Will Japan lead the way and will Tokyo just be the first megalopolis? That might not be so bad; a megacity seemed like a nice place to live in Judge Dredd, after all.

French culture is too weak to control Islamist threat