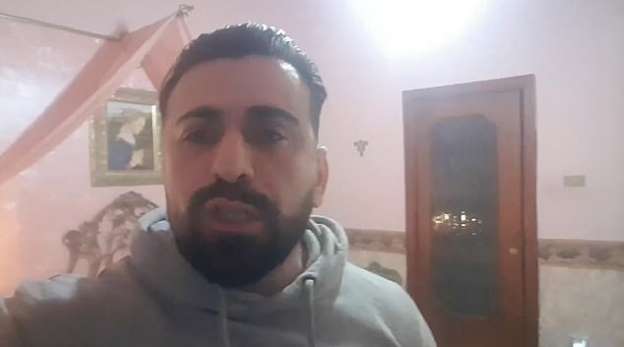 Italian actor Luca Franzese has posted a heartbreaking video from the deathbed of his sister, who lost her life to the coronavirus on Saturday.

The “Gomorrah” star, who is also a martial arts trainer, had been trapped in his home for 36 hours with the decaying body of his sister, Teresa, and pleaded for help from the authorities in his video.

“I am waiting for the institutions to give me answers since last night. Nobody came forward,” said Mr. Franzese.

“This is a very strong video, please don’t show it to children and elderly people. I am forced in all my pain to fight this situation — I have my sister here in bed, dead. I don’t know what to do, I can’t honor her as she deserves because institutions abandoned me.”.

“I contacted everyone, but nobody was able to give me an answer,” said Franzese.

The actor had been unable to find a funeral home that would bury his sister. She is thought to have died only a few days after showing symptoms of Covid-19, but refused to be tested.

Posthumous tests confirmed she had been carrying the disease.

Luca Franzese was not allowed to be tested before his sister however, despite the danger of contagion.

“I self-isolated myself. Today I could go anywhere to spread the virus if I have it because I gave my sister a mouth-to-mouth to keep her alive and no one cared,” he said.

“Guys, we are ruined, Italy abandoned us, let’s support each other. I beg you to spread this video everywhere — make it go viral. This is my sister, can you see her? She’s in bed, since yesterday.”

Following a massive online response, a local politician succeeded in finding a funeral home for the family.