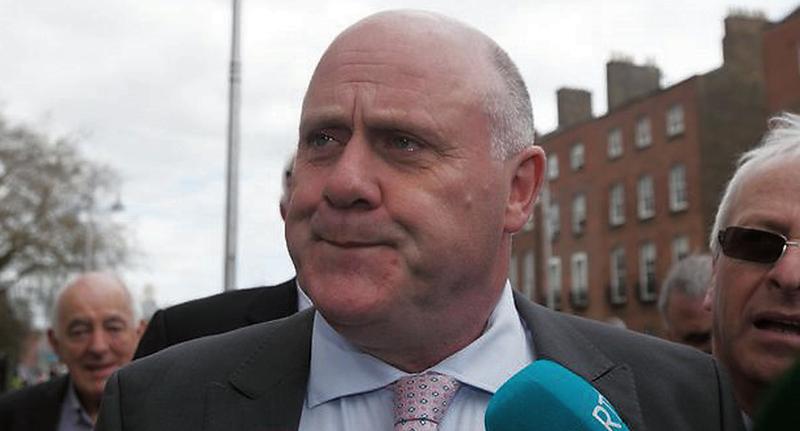 Noel Grealish TD was in the wars again yesterday over immigration. This time, he was accused of racism for asking the Taoiseach at leaders questions about the amount of money leaving Ireland in “remittances” to Nigeria.

A remittance is money sent home by an emigrant. For many years, for example, Irish families benefitted from money sent back across the Atlantic, and across the Irish sea, by emigrants who had gone to find work in the United States or the United Kingdom.

Deputy Grealish suggested that the amount of money leaving Ireland for Nigeria seems abnormally high. Here’s the basic facts of what he said, courtesy of TheJournal.ie:

“Grealish told the house that he wanted to bring the Taoiseach’s attention to “the amount of money that is being transferred out of Ireland in personal remittances”.

“Over the past 8 years alone over €10 billion has left this country by way of personal transfers, this is a staggering amount of money,” he said.

The top five countries where money was transferred to over the past eight years include €843 million to Lithuania, €1 billion to France and the top three countries; €1.54 billion to Poland, €2.7 billion to the United Kingdom and €3.54 billion was sent to Nigeria.

“Taoiseach, transfers to other EU countries I can understand, for example money being transferred to the United Kingdom, our nearest neighbour, with over 100,000 British people living in Ireland and over 10,000 Irish students in the United Kingdom.”

The Galway West TD said the source of his figures was the World Bank.

“But Taoiseach, €3.4 billion transferred to one non-EU country is astronomical,” he added.

Has Revenue or the Department of Finance any way of tracking this money or where it is coming from? Can I ask you Taoiseach are there mechanisms in place to ensure that the money that leaves this country in personal remittances has been fully accounted for with the Irish Revenue and tax system and is not the proceeds of crime or fraud?“

To be clear, the €3.4billion figure Grealish mentioned is not for one year alone. It is the total figure over the past 8 years, so roughly from 2011 to 2019.

So, how does this break down? The truth is that the available information is quite dated.

For example, the 2011 census found that there were 17,642 Nigerian born people living in Ireland. However, those figures are 8 years old, and it’s also fair to say that in the case of immigrant groups, the Census may have a larger margin for error than it does in relation to the native population. The figures are further complicated by the fact that many Nigerians living in Ireland may be Irish citizens. For example, the Central Statistics Office figures say that there are less than 10,000 Nigerian born foreign nationals living in Ireland as of April 2016. This is at odds with the Census, which asks a different question. Overall though, it is fair to assume that the number of Nigerian born people living here is somewhere between 17,000 and 34,000, because there is no available evidence to suggest that the number has anywhere close to doubled since 2011.

So for the purpose of this exercise, we’ll assume a figure of 25,000, because children are unlikely to be in a position to send money to Nigeria.

By contrast, the 122,515 Polish people in Ireland each sent just under €1,800 back to Poland. So on a per head basis, Nigerian born people are sending almost ten times as much home as their Polish-born neighbours.

How does this compare with income?

Obviously, some Nigerian born people living here will earn much more than that, and others will earn less, or nothing.

So what can we say about Deputy Grealish’s point?

There are several potential explanations:

Whatever the explanation, there is no doubt that there is a significant anomaly in terms of the amount of money leaving Ireland for Nigeria each year, compared to other immigrant groups. Whether this should be investigated or ignored is a matter for every individual to form their own opinion on.

However, it is absolutely outrageous to suggest that simply looking at the numbers and asking the Government about it is in any way racist.

Doctor’s stark message: Nursing home with 26 of 28 residents Covid positive has only ONE nurse

John Connors: Council votes to use security firms to evict Travellers who have been settled for decades