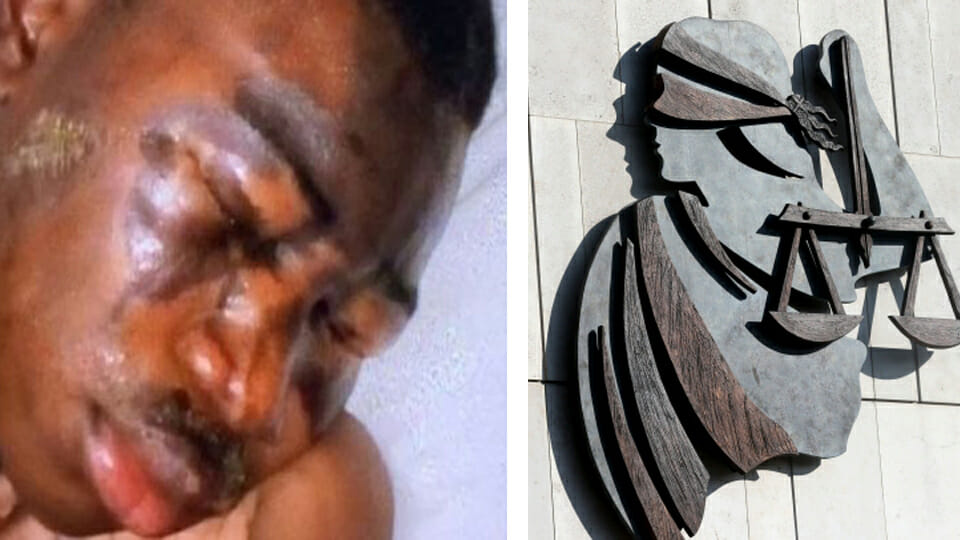 People everywhere were sickened and horrified last April when three teenage boys became the victims of an acid attack in Earlscourt Housing Estate in Waterford. A large group of older boys, most around 18/19 years old,  threw acidic drain cleaner in the younger boys’ faces without provocation. The victims received severe burns and scars to their faces, their backs and their legs, and ultimately required skin grafts. The boys struggled with exams while undergoing painful burn treatments, and talented 16 year-old sports player, Tega Agberhiere, almost went blind from the corrosive substance splashing into his eyes. He was narrowly saved only by his contact lenses.

Of all the heinous crimes that one can commit, I think it’s fair to say that disfiguring and almost blinding children has to be up there as one of the most despicable. This is not some “boys will be boys” crime like spraying graffiti or TP’ing a house. This is a calculated and twisted act of evil which no stable individual would ever engage in. The attackers were wearing masks from the movie scream and one was wielding a golf club – this was clearly premeditated and planned ahead of time.

What an appalling miscarriage of justice it was, then, when it was confirmed that no criminal prosecutions would be taken regarding the incident, and that the perpetrators would merely be receiving a juvenile caution from the authorities. Shirley O’Sullivan, mother of one of the boys, said she was absolutely shocked by the decision, and said she only wanted justice for what happened. Another mum, Christie Agberhiere, said: “(My son’s) life has been destroyed. No-one has been held accountable. We just cannot understand it. My heart is broken from this.”

Tega Agberhiere was left with extensive burns and a damaged eye : Photo: Damian Tiernan via Twitter

She went on to say “I feel the State is protecting the criminals. I just feel ashamed that in a country like this, there’s no equality”.

Stories should fill us with a burning sense of passionate indignation. The disgraceful injustice of the State’s inaction is almost as painful than the attack itself. We might not even know the victims personally, but we see in them our own children, our own siblings, our own nieces and nephews. We feel the pain of the mothers and fathers. Random attacks are an attack on all of us, because it could just as easily have been someone close to us caught in the crosshairs. Our natural sense of fairness demands that something be done.

But Christie Agberhiere is right – the State indeed protects criminals, at the expense of their victims, and it has for years now.

In June of 2017 a judge released 26-year-old Munir Ghariani on “one last chance” after he had already accumulated a staggering 34 previous convictions. His crimes included sexual assault, indecency, burglary and theft. The year prior he had even received a suspended sentence after he admitted to attacking a woman “for the thrill”. Yet the judge apparently viewed this man as worthy of another chance. The year prior, in 2016,  Judge Martin Nolan said it would be “unjust” to imprison 59-year-old John Smith for enticing two different 15 year old girls into his van and masturbating in front of them. He was given a pathetic two year suspended sentence for exposing himself to children.

These decisions make a mockery of justice and fairness in our society. The purpose of the law is to defend the innocent, and in that our judicators – and our politicians – have failed resoundingly. For years now, Ireland has failed victims. Our courts go easy on violent criminals, releasing them time and time again for the most heinous offenses, while completely ignoring the suffering of those whose lives have been forever damaged and sometimes destroyed.

We can only hope that public awareness can start to send a serious wakeup call to both law enforcement, the Department of Justice, and the courts that something urgently needs to change if we are to restore any semblance of faith in our rapidly crumbling justice system