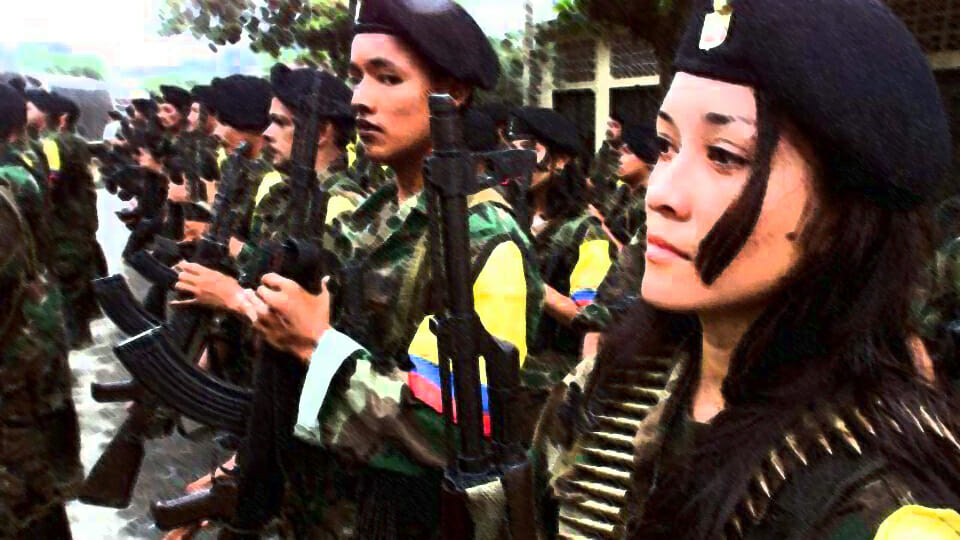 In Colombia’s ‘invisible war’ – a ‘bloody conflict’ of over 50 years – nearly 17,000 child soldiers were conscripted by communist terrorist group FARC (Revolutionary Armed Forces of Colombia) to fight against the Colombian government, but within their ranks were girls and boys forced to become ‘sex slaves’; repeatedly raped, for the girls there was forced sterilisation and forced abortions carried out by crude surgery in insanitary conditions, or enduring the agonies of abortion pills. Their testimonies will be heard by Colombia’s war crimes tribunal, set up as part of the 2016 peace deal between Farc and the Columbian government and due to begin sitting this January, when former senior guerrilla commanders will be questioned about the alleged sexual crimes, including up to a thousand abortions each year.

Victoria Sandino, former guerrilla commander but now a senator for the Farc political party, denied that children were seized specifically to become sex slaves, telling the Telegraph: ‘“[I]n the context of war, it was understood that pregnancy was simply impossible. What was compulsory was contraception.”’ While acknowledging that abortions did happen, she claimed: ‘“It was a choice we had as women … Just like the choice we had to leave the insurgency and raise a family if that’s what we wanted to do, and many women did.”’ However, former ‘recruit’ Yamile insisted: ‘“I had friends that were executed, shot by a firing squad because they wanted to keep the baby. There was no choice … You aborted the pregnancy or you were shot”’ (Mathew Charles, ‘Rape, forced sterilisation and botched abortions: The sex slaves of Colombia’s Farc guerrillas’, Telegraph website, January 4, 2020). https://www.telegraph.co.uk/global-health/women-and-girls/rape-forced-sterilisation-botched-abortions-sex-slaves-colombias/

Western feminists typically ignore forced abortion, which contradicts their mantra of ‘choice’, preferring to ‘shout their abortions’ and celebrate any small corner of the world that legalises this marvellous boon to womankind, while campaigning in this country to remove all laws protecting women and their unborn babies. They condemn as sexism any attempts to warn women about their dress and/or behaviour in the context of rape fears, instead demanding ‘the right to sex’; and while insisting that every woman alleging rape must be believed, conveniently for their campaign, they see rape as a justification for abortion. And conveniently for rapists, abortion is the perfect justification for rape.

In Colombia they call it the invisible war, but there is another war that is just as invisible to feminists, if not to everyone else: cultural Marxists see abortion as a weapon to undermine democracy. Their war against the unborn is a war which, if only we would realise it, is also a war against the West.

New Zealand eases its lockdown. Now we have to pay for it