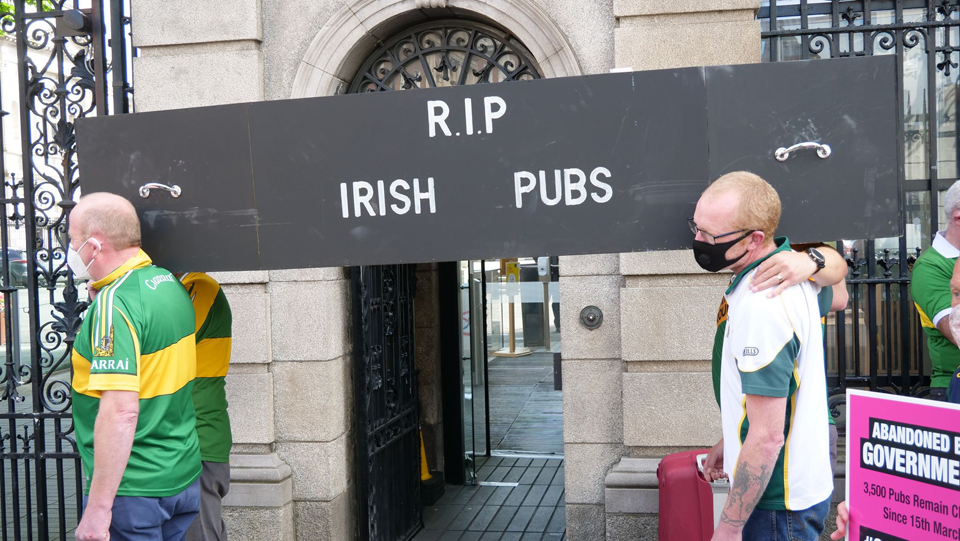 The High Court has ruled that insurance giant FBD must compensate four pub owners for disruption to their businesses  due to the Covid-19 pandemic. The landmark decision may affect claims being made by almost 1,000 Irish pubs and restaurants.

The four test actions were taken by three Dublin bars Aberken, trading as Sinnotts Bar; Hyper Trust Ltd, trading as ‘The Leopardstown Inn’; and ‘Inn on Hibernian Way’ Ltd trading as Lemon & Duke, along with Leinster Overview Concepts Ltd, the owner of Sean’s Bar, which is based in Athlone, Co Westmeath

Each of the four pub owners argued that the losses they endured because of the Covid-19 lockdown was an insurable risk. However, FBD responded by telling the court that it had never provided insurance cover for pandemics.

They denied that a clause in the insurance contract that stated pubs would be indemnified if their premises were closed by an order of local or national authorities could be held to apply to the Covid outbreak. The clause states that cover applies if there are “outbreaks of contagious or infectious diseases on the premises or within 25 miles of same.”

However, the managing director of Lemon & Duke managing director Noel Anderson said they had taken out a business interruption policy to protect them against Covid-19 and its potential impact on their business – and that this was acknowledged in writing by FBD.

Sinnotts Bar in Central Dublin  said they were a long-term customer of FBD, and had paid premiums of over €250,000 per year, They accused the insurer of “attempting to renege on its legal obligation to honour our claim,” according to the Irish Times.

High Court judge, Denis McDonald ruled that under the FBD policy in question the pubs were entitled to compensation because of forced closures due to the Covid-19 pandemic. He said he would quantify the losses to be compensated at a later date.

FBD also refused to provide policy holders with insurance cover after the first lockdown in March of last year.

The Licensed Vintners Association welcomed the ruling saying the four publicans that took the test cases “deserve enormous credit as their action will prove critical to pubs with similar policies right around Ireland”.

Breaking: State given two weeks to clarify law about Mass