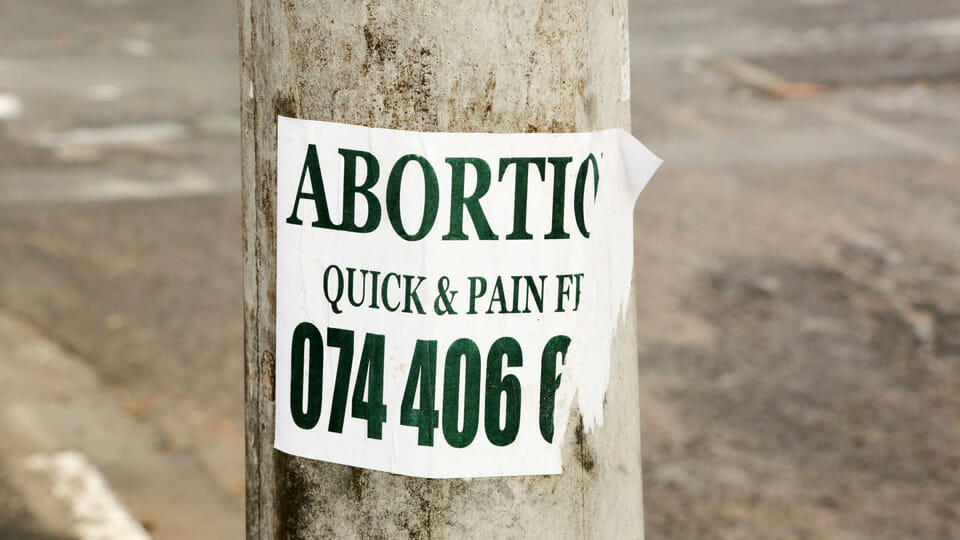 Claire Cohen describes her experience as ‘the first journalist to be granted access’ to a ‘state-of-the-art’ ‘brand new abortion clinic’ – ‘shiny, new Fairview Heights’, a  ‘“mega”-facility’ soon to open in Illinois, Missouri; taking part in a ‘“mock clinic”’ as fictitious ‘patient’ Gayle Test, who is ‘31, pregnant but just not ready to start a family’, she encounters nothing but kindness from staff – there is no ‘judgment here’ – although the clinic had to be established in strict secrecy because as Jesse Lawder, Planned Parenthood vice president explained: ‘“There are some contractors that would walk off the job when they find out what it’s for”’

Apparently, women are admitted merely to wander around being smiled at by staff, and for all one can gather, are unpregnanted with a magic wand in a cosy private room. An ‘“education” session’ is available ‘to establish whether the woman is being coerced or abused’, but ‘[o]n the rare occasions police are called, it’s more likely due to the protesters outside.’ And yet the only ‘protesters’ featured in the article are an elderly couple wearing placards saying ‘Love and support them both’ and ‘Honk if you’re pro-life!’ Of course photographs of violent protesters are available, but since they are pro-abortion protesters shouting, kicking and spitting at pro-life protesters,  it would not fit the narrative of an embattled, cash-starved Planned Parenthood merely trying to help the poor amidst a tsunami of sexism and bigotry.

For a declining industry, Planned Parenthood, the largest American abortion provider, seems to be doing quite well: their new ‘mega-facility’ cost about $7 million to build and has ‘the ability to serve up to 11,000 patients a year’; last year they carried out over 330,000 abortions and reported a record $1.66 billion in revenue even as patient numbers fell.

Only last week they managed to injure three women in the space of five days at their New York clinic,  but Ms Cohen overlooked such details; it was a shame, too, that she didn’t interview those unfortunate enough to discover the 2,246 – and counting – medically preserved foetuses, all ‘meticulously packaged and labeled’ and carefully stored away by recently deceased Indiana abortion doctor Ulrich Klopfer.

Her description of the ‘mock clinic’ included everything but ‘what it’s for’, but perhaps the mechanics of a real abortion – how they dispose of the ‘unwanted pregnancies’, and what happens to the childless mothers afterwards – would distract from fine-sounding ideas like choice and rights. Here, it is reported that Defra plans to close a ‘legal loophole’ in poaching laws in a move that will give other endangered species – notably hippos, which are being killed for their tusks – the ‘same protection as elephants’; according to Dr Mark Jones, head of policy at the Born Free Foundation, ‘“more than 12,000 hippo teeth and tusks”’ were ‘“reported to have been bought and sold in 2018 alone”’ (‘Hippopotamus ivory trade facing UK ban’, Sunday Telegraph, October 13, 2019).

Coincidentally, Planned Parenthood is trying to recover from their own illegal trade in the body parts of unborn humans, and yet it is the individuals who exposed the scandal who are now being prosecuted.

In those places in the world where they prize babies above hippos, a baby saved is a cause of celebration; here, we are invited to celebrate killing babies and treat those who criticise abortion as dangerous extremists. And yet the ‘mock clinic’ is an apt illustration of more ‘advanced’ societies, in which the weakest among us are rendered invisible, the right to kill them is demanded and any suggestion that they may be entitled to the human right to life is mocked.