In a pandemic, dogmatism is the real enemy 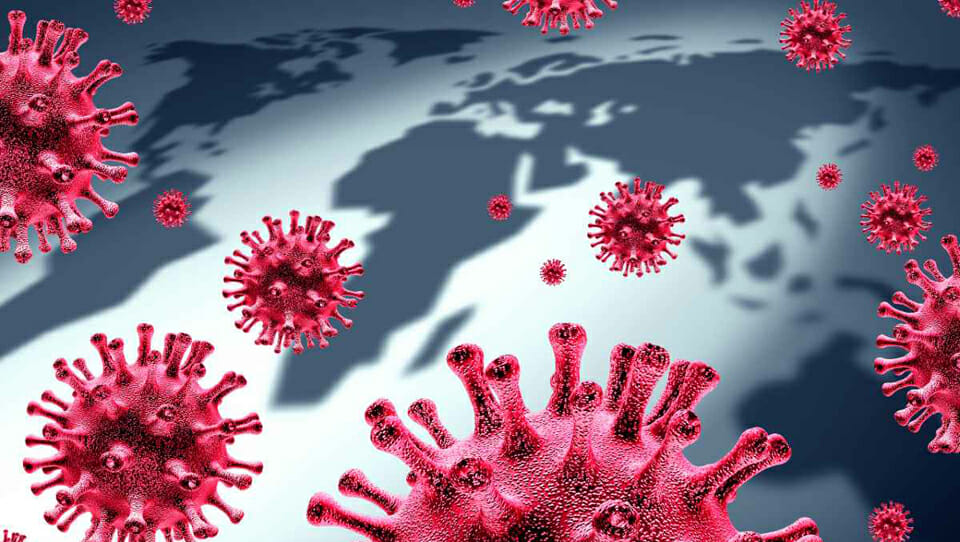 Eight months into this pandemic, we sometimes seem to be no nearer to knowing what’s going on than we were at the beginning.

Lockdowns vs. no lockdowns; masks vs. no masks; hydroxychloroquine vs. remdesivir; opening schools vs. closing schools, etc., etc. Every day, top-level experts express significantly divergent viewpoints on each of these questions. One study published one day concludes one thing; another study published the next concludes the opposite, and critics attack both. One newspaper analyzes the latest data and claims that things are getting better; another newspaper, looking at the same data, laments they have never been worse. Meanwhile, fundamental and simple questions, such as how this virus is transmitted, or where it originated, are still the subject of ongoing research and intense debate.

All of which is to say, science is operating exactly as it always has.

If the history of science proves anything, it’s that attaining certainty even on relatively narrow questions is an arduous process. It requires huge investments of time and is often preceded by false starts, dead ends, and premature claims of success. Science is often muddied by haste, ineptness, researcher bias, and conflicting personal, financial, political, and ideological interests.

Given the additional, staggering complexity of a global pandemic, the surprising thing about our present uncertainty is not the uncertainty itself, but how distraught or even scandalized many people are by it. An excessive desire for certainty is leading to counter-productive responses — and to a breakdown of communication and trust, precisely when we most need both.

Over the past eight months, people of every political stripe have prematurely seized on scientific claims and preached them as though they were orthodoxies, with a zeal out of proportion to our actual knowledge. Rather than explore and attempt diverse approaches, or carve out space for conversation, creativity, and experimentation, we too often assume “the other side” is malicious. We call even mild nonconformism or risk-taking a moral failing rather than a necessary prerequisite for advancing our knowledge. Often, the public “debate” has been little more productive than a pie fight

Not long ago, as Allan Bloom pointed out in The Closing of the American Mind, some form of skepticism or relativism was the default epistemological position of the overwhelming majority of people. Every day college freshmen repeated some version of the claim that “truth is relative” as though it were a platitude. But today we expect and demand absolute certainty on extraordinarily complex matters, at the snap of our fingers.

Most people seem to agree that the pandemic is a scientific problem that needs a scientific solution. This is true, but only partially. To view the plague as purely a scientific problem is reductive. As Andrew Sullivan noted in a recent essay, a plague is not just a medical event. It is also a “social and cultural and political” event. Plagues “insinuate themselves into every nook and cranny of our lives and psyches — from sex to shopping, from work to religion, from politics to journalism — and thereby alter them.”

After all, even if our scientific understanding of the virus were complete, we still wouldn’t all agree on the right response, and for good reason. Many medical experts presume that our goal should be to save as many lives as possible from the virus — but there are limits to that goal. Saving more lives in the short term at the expense of fundamental rights and freedoms, or of social order, or of the long-term viability of the economy, may be too high a price to pay. How to balance these concerns cannot be answered by science alone.

Talking heads on TV exhort the public to “trust the science” as if “the science” were some monolith, unaffected by human fallibility and constraints, that could answer all the political, ethical, and social questions that the pandemic raises. Many seem to believe that, if scientists just work harder, at some point “the science” will tell us what to do, down to the minutest detail.

This is scientism, and it is a form of superstition. Like all superstitions, it stems from a desire to escape the discomfort of uncertainty; the painful duties of investigation, debate, and decision-making; and the risk of being wrong.

Rather than stretch our minds to fit the problem, superstition reduces the problem to fit the limitations of our minds. It replaces reason with dogma, and thanks to the spread of scientism today, dogmatism is ubiquitous. Even those who criticize the dogmatism of others who demand fealty to “the science” often adhere to their own scientific dogmatism — only they find their dogmas in far-flung and seedy corners of science and the media. Moreover, both sides often insist that their favored scientist, or group of scientists, or publication, or journalist, is the only one who has “figured it out.” If we would just listen to them, everything would be all right.

The dogmatist is scandalized by the difficulty of how humans come to know — bit by bit, at the expenditure of enormous energy, and in many matters reaching only probable conclusions. He prefers to seize on a simplistic explanation and call it a solution. One can see why such people often become conspiracy theorists. Perplexed by a vast confusion of data points, the conspiracy theorist does not patiently investigate the data to discover their objective connection (which is hard). Rather, he presumes an explanation, investigates how to fit the various data points to it, and simply discards the data that will not fit (which is easy).

How to Debate About a Plague

But maybe there is no one correct solution to this pandemic — no one strategy that we know with certainty (based on irrefutable scientific data) will save more lives than the alternatives; or that won’t come with its own unacceptable, long-term costs. Or if there is any such answer, perhaps we cannot possibly know what it is until well after this pandemic is over, when there are no more decisions to make. There are simply too many factors at play and too many unknowns; and we have no idea how the coming days, months, and years will unfold.

Should we throw up our hands in despair? Are there no solutions that are clearly better, or supported by better evidence, than others? Is the science so hopelessly complex that we can’t possibly look to it for any guidance? Should we not advocate our favored solutions, based on the best available evidence, or not oppose the solutions we believe to be harmful or misguided?

Of course not. Doing nothing is not an option. We may not know everything we would like to know about this virus, but we do know much more than we did before, and certainly more than the human race has ever known when facing a similar crisis. We have to move, and in order to move, we must select a starting point. We must make decisions based on the limited information we have, and then execute those decisions with conviction, hoping that they turn out as planned.

On the other hand, we should be aware of the sorts of errors that may cloud our judgment.

Dogmatism closes questions that ought to remain open and blinds us to any truths that go against our own prejudices and political loyalties. It precludes fruitful conversation and compromise by treating as moral those questions that are merely practical and therefore debatable. We should be rigid only on moral absolutes and be flexible in everything else. We need to bear courageously the burden of uncertainty in matters that are uncertain. We ought not cast aspersions on the motives of others, when a plausible case can be made that they are simply reading the data differently.

Another common error is the “sunk cost” fallacy: when we continue down a path — even in the face of evidence that it is the wrong way — merely because we have already gone so far down it, or because we staked so much of our reputations on it. Then there is confirmation bias, the error by which we ask how new data support our preferred conclusion, rather than whether they do so in fact.

Wisdom lies not in having a great deal of knowledge, but in honestly identifying the limits of our knowledge. Socrates was the wisest man in Athens precisely because he believed himself to be ignorant. We ought to be suspicious of politicians, media talking heads, conspiracy theorists, and social media warriors who profess to be wise. Their alluring reductions and ideologies are leading us astray and tearing us apart.

Above all, let us have the humility to admit when we are wrong. If anything is certain in a global pandemic, it is that every one of us will be wrong some of the time.

John Jalsevac is working on a PhD in medieval philosophy, with a dissertation examining Thomas Aquinas’s philosophy of memory

This article has been republished with permission from The Public Discourse.