If NPHET, RTÉ and the TDs were on €300 a week, would the lockdown be continuing? 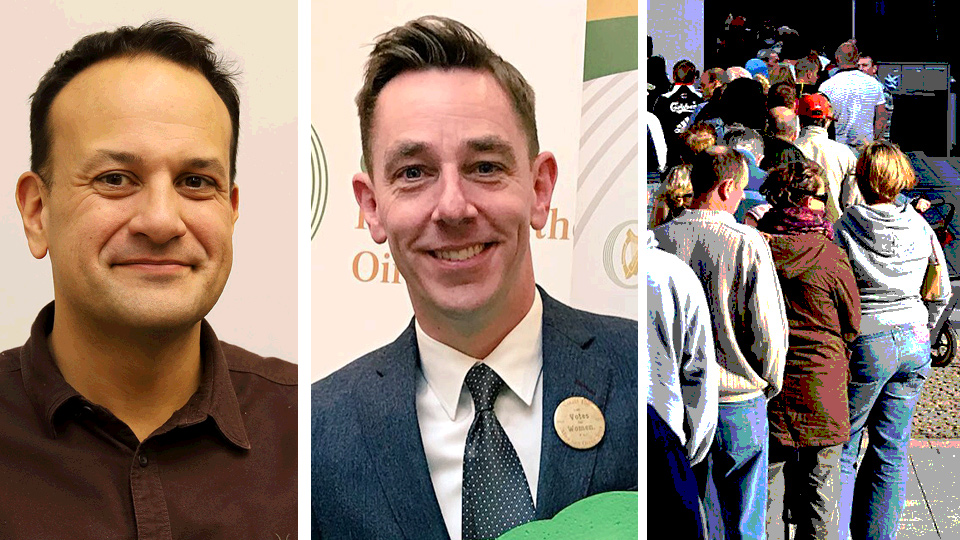 Lockdowns – at every level – have real consequences, and one of those consequences is that hundreds of thousands of people have been living on a subsistence payment since March. You’d have to wonder how many of the TDs, or NPHET reps, or over-paid RTÉ hosts, would be so stridently in favour of keeping the country and the economy under restriction if they were getting paid €300 a week?

How many advocates of increased restrictions would be so enthusiastic were they to find that their small businesses and jobs were under threat? How many would prefer to collect a PUP payment, or wait anxiously on some vague promise of financial assistance to be made available, to getting up in the morning and going to work?

Apart from all of the unintended consequences – as evidenced by this morning’s text to 96FM in Cork from an Emergency Department nurse who said that incidences of self harm among people aged under 25 have quadrupled since March –  people are beginning to question how in touch some of the decision makers are with the reality of the social and economic downside.

RTÉ is now demanding extra funding to cope with what its Chairperson Moya Doherty claims are the “existential flaws” exposed by the virus crisis. Doherty by the way is one of the wealthiest people in Ireland whose company Tyrone Productions would not possibly survive without state support. The company regularly posts major losses because of huge dividends paid to its owners, which would be fine other than the fact that it only survives as an “independent” entity because of its dependence on State commissions – which it gets from RTE which Ms Doherty chairs.

Most people impacted by the “existential flaws” of having their businesses closed down and being forced onto social welfare to be lectured on their Covid turpitude do not have the luxury of such massive state cosseting. And much of the hectoring comes from broadcasters who earn more than all world leaders other than the Prime Minister of Singapore, Lee Hsien Loong.

Any chance of Joe Duffy or Ryan Tubridy being put on the PUP to show that we are all in this together? Or Leo or Micheál cutting back to the €300 so that the effect of the paralysed economy is shared – and understood – by all of us?

At the end of September there were 217,142 people claiming PUP, and a total of more than 700,000 have been in receipt of the payment at some point since its introduction last March. All of these metrics are inevitably going to increase with the entire state now on Level 3 restrictions. There have already been cuts to the rate, and the scheme itself is due to end in April 2021. You do not need to be John Maynard Keynes to see where all of this is heading, if we continue to follow the same path.

And yet there are those in Sinn Féin and the communist group in Leinster House who in the midst of their “confusion,” and dare one say it disappointment, that the Government did not follow NPHET’s advice yesterday, think that there is some magical means to balance massively increased state payments with putting even more people out of work. For their own good of course.

The same people also believe that you can solve the housing crisis while allowing tens of thousands more people to come to live here. And whose solution to the inability of a health service that has one of the lowest number of acute beds in Europe – despite the same health service receiving almost one in every four euros of budgetary funding – is giving a clearly mismanaged, inefficient and wasteful entity even more money.

The need for almost 5,000 hospital beds was signalled to the HSE three years ago. That would have included 290 acute beds as recognised prior to that by the HSE itself in 2009. In 2017 the Hospital Consultants Association noted that in the eight years since that report, “no additional ICU beds have been provided.”

Now, the feared inability of the hospital system to cope with any increase in the number of Covid cases requiring acute beds, is being blamed on protestors, the mythical “far right”, and even those dastardly subversives who sit out in the cold watching hurling and football matches without masks and within a barge pole of “the others.”

Of course apart from the fact that the current occupancy of acute beds by people with the virus was just 21 on Sunday,  all of this was known before the virus hit. Indeed the failure of the HSE to address the deficiency was highlighted in an audit that was made public in early February.

So the monumental waste and inefficiency has nothing to do with Covid 19, which thankfully is not even placing the sort of pressures on hospitals that were forecast months ago. And guess what? They have still not been addressed.

As the old adage about betting states: Don’t chase your losses. Pouring more money into an unreformed bottomless pit of waste as advocated by some of our parties is not a solution. No more than their other great plan to throw more people onto the dole in pursuit of a mythical target of eradicating the virus short of a universally effective and available vaccine. Rather than opening the economy up and giving people back their financial independence and dignity for the living.

But, as has been noted before, perhaps all of this goes beyond their chronically bad house-keeping as demonstrated in the north, and when the left was the majority on Dublin City Council and erected more flags than houses. Misery and impoverishment has been the ace in the hole for these people ever since Marx was hoping for social collapse while being grant-aided by his buddy Engels’ Manchester mill workers.

Perhaps if everyone advocating the economic and social closing down of the country was made live on Covid social welfare payments it might soften their statist cough.