If Government can’t help Donegal homeowners, what’s the point of it? 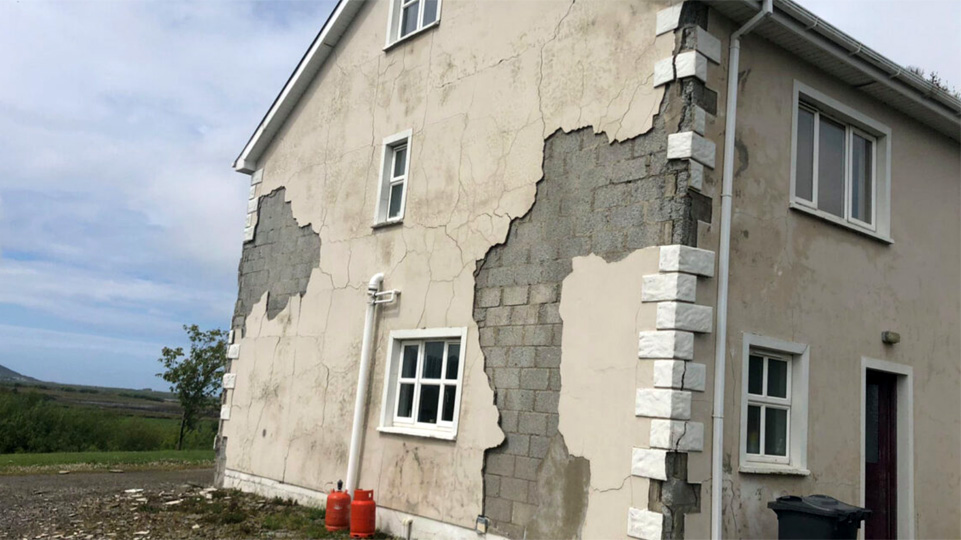 Paying taxes is a deeply unpleasant business. The Government, by force of law, comes and takes up to half your income, in order to give it to other people. Often times, that money is overtly, and flagrantly, wasted. Other times, it is given to people and organisations and causes which do not deserve it. Most of the time, it is used to buy votes.

All of which makes the state’s unwillingness, to date, to commission a 100% redress scheme for the people in Donegal who are suffering from the MICA scandal more infuriating. This, after all, is exactly why we all pay taxes in the first place: To do the things together that we cannot do alone.

The homeowners in Donegal, to be clear, are completely blameless. Their misfortune could easily be the misfortune of any of us. Most people, you might venture, do not ask the people building their homes for the precise chemical composition of the cement or building materials. They do not think to wonder whether their builder might be making them a home that will fall apart in ten years, or less. They acted in good faith, and many of them, like anybody else building a home, expended their life’s savings, and borrowed as much or more again, to get the job done.

There is, of course, an old principle from the days of the Roman Republic: Caveat Emptor. “Let the buyer beware”. According to that principle, a person who buys a product – a home, a car, or anything else – bears most of the responsibility if it turns out, later on, to be a faulty product. There are those who would argue – though perhaps not in public – that this should apply in the case of the MICA scandal. It should not.

Very simply, there was nothing foreseeable about this scandal, from the point of view of the homeowners. There was no reasonable way for them to be aware of the risks. Had there been, then self evidently, the problem would not be afflicting thousands of homes. These are not stupid people who missed something obvious. They are ordinary people, who were deceived, perhaps even unintentionally, by their builders.

In normal circumstances, of course, the builders should be the ones who pay. But even were that possible (and it is not, in this case) the builders could not possibly cover the cost of fixing thousands of homes. In all probability, private insurance could not cover the costs either.

The only people with the power, and the resources, and the ability, to help these homeowners out are the rest of us, through the Government we fund for events just like this one.

That is not a left wing position, or a right wing position – it is a common sense position. At its heart, Government is a form of social insurance. We all pay in, or at least, most of us do, and in return we are provided with security, and supports, to allow society to function. In this case, society is facing the very real possibility of thousands of people in Donegal becoming homeless or bankrupt as a result of a failure beyond their control. Without wishing to be glib about it, if we could bail out banks when they got in trouble, surely the homeowners of Donegal are a more deserving case?

This, really, should be the instinctive position of all politicians, regardless of party. This is not a matter of choosing between rich and poor, or public and private, or any other matter on which there might be an ideological divide. It is a very simple case of a major problem which nobody else has the power, or resources, to fix. Only the Government can act to help these people. If it does not, then what, exactly, is the point of having a Government at all?