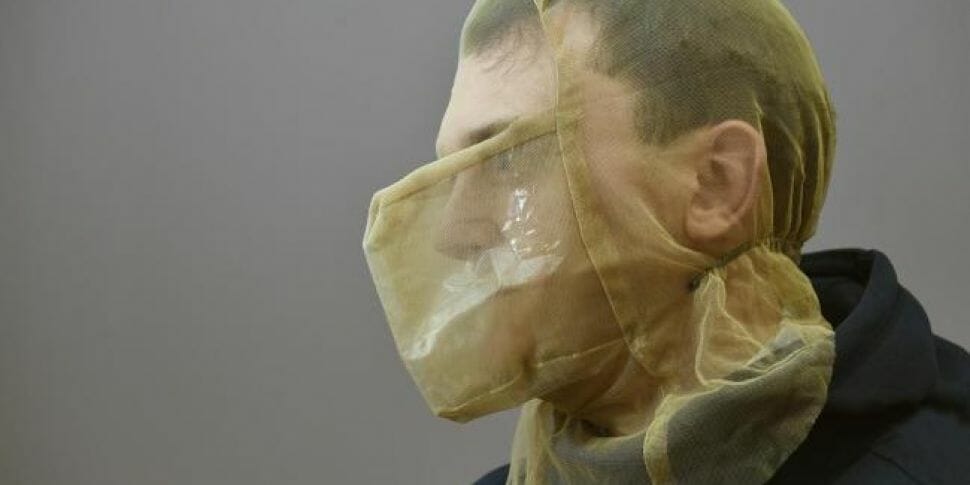 The Irish Council for Civil Liberties is not as uniformly committed to civil liberties as its name suggests. For example, it is, actually, firmly in favour of restricting your civil liberty to speak your mind on a range of controversial subjects with so-called “hate speech” laws. It does not think, for example, that somebody should be able to stand out on the street with a placard saying “send all immigrants home, Ireland for the Irish”. That’s not a civil liberty, that’s a crime….. according to the people who are supposed to stand up for our right to free speech.

But the civil liberty to spit in the face of a garda and avoid being restrained? Vital:

Spit hoods, like all full hoods forced over someone's head, could constitute inhuman or degrading treatment.

If gardaí were taking human rights principles into account as they say in this article, then they would not be using them at all. https://t.co/gNvf8TZ93N

A “spit hood”, as you can see from the picture above, is a restraining device that is essentially putting a bag over somebody’s head to prevent them from spitting or biting another person. Think of it as the human equivalent of putting a muzzle on a dog you don’t quite trust around other people or dogs. It’s the same principle: The person can still breathe, and see, and speak. They just can’t bite you or spit at you.

“Inhumane and degrading”, says the ICCL, which received about €350,000 in taxpayer funding, according to its last annual report, to produce this kind of nonsense.

There are very few things more inhumane and degrading than having someone spit in your face at the best of times. But in the current time? Putting a hood over them is actually very restrained. If some little gurrier was to spit in my face on the street, getting a hood put over their head would be the least of their worries.

Remember, just this week, a woman died in the UK after somebody spat in her face:

A railway ticket office worker has died with coronavirus after being spat at by a man who claimed he had Covid-19.

Belly Mujinga, 47, who had underlying respiratory problems, was working at Victoria station in London in March when she was assaulted, along with a female colleague.

Within days of the incident, both women fell ill with the virus.

British Transport Police said an inquiry had been launched to trace the man who spat at the pair.

Mrs Mujinga was on the concourse of Victoria station on 22 March when she was approached by the suspect.

Her husband Lusamba Gode Katalay said the man had asked his wife what she was doing and why she was there.

“She told him she was working and the man said he had the virus and spat on her,” he added.

It’s all very well for the ICCL, sitting in their very comfortable offices, which are funded by you and me for some reason which nobody can ever seem to explain, to decide that spit hoods are “inhumane and degrading”. They’re not the ones on the streets every day, facing down people who have no problem threatening them with death or harm.

Gardai have a right to defend themselves from people like this. A “spit hood” is very minimal, in the circumstances.

The ICCL, as usual, should go and take a running jump.