Hypocrites: why Leo Varadkar can break the Covid rules but Dominic Cummings can’t 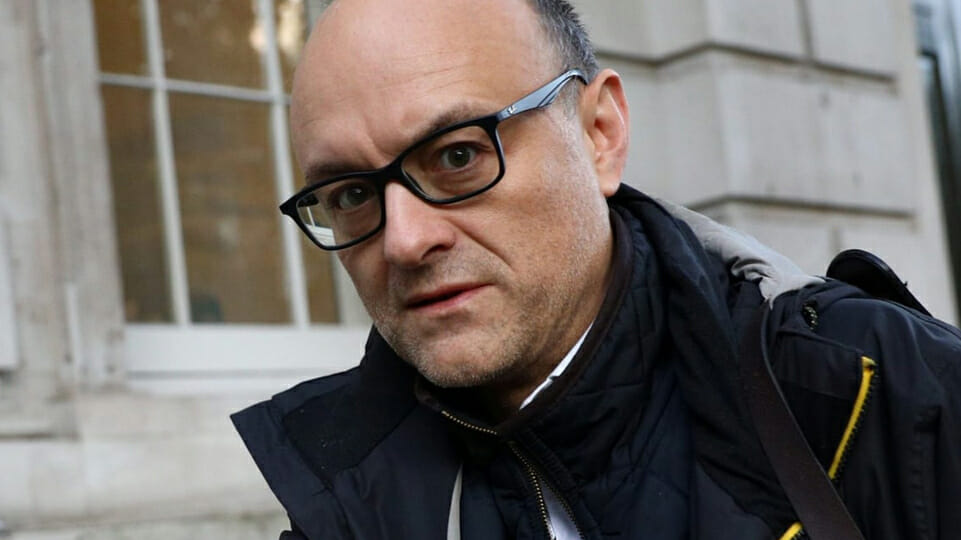 As expected, most of the Irish media have swung in behind an Taoiseach Leo Varadkar’s blatant flouting of his own ‘no picnic’ rule for the Covid-19 restrictions.

The Irish Times posted a helpful ‘explainer’ which explained nothing but helpfully told readers that Leo was fully complying with guidelines, which he clearly wasn’t.

It was so mean of anyone to have a go at the poor hard-working Taoiseach who was just enjoying a break chorused the Irish Examiner and most of the Indo, while all the FG-bots on Twitter (many with curiously small numbers of followers) said anyone who was raising the issue was homophobic. Funny how a person’s sexual orientation isn’t meant to matter until it can used to deflect legitimate criticism.

There weren’t any challenging questions from RTÉ, of course, who just reprinted a denial of any wrongdoing. Everyone’s wearing the green jersey over at the national broadcaster now, which means toeing the line in case the establishment doesn’t hand over the increase  in taxpayer funds required to continue paying enormous salaries to over-priced presenters.

The Department of the Taoiseach, who had previously told everyone ‘If you’re visiting a public amenity, try not to stay too long at the site or have picnics,’ seemed to be changing their tune after Varadkar’s decision to publicly ignore the rules. Now the direction not to picnic  is being replaced with more vague advice  of “asking people to use their head.”

The peculiar thing is that Varadkar knows full well that if you are going to spend a sunny day in Phoenix Park having a picnic with a bunch of mates during a Covid-19 lockdown, it is bound to end up on social media, here you specifically told everyone not to have a picnic.

It seems he didn’t care. The old attitude that its one rule for the plebs and quite another for the elite is strong in this one. And, very likely, he knows that he can count on the Irish media for support.

Dominic Cummings, the special adviser to the British Prime Minister Boris Johnson must be looking at the kid-glove treatment doled out to Varadkar with no small degree of envy. Cummings is accused of breaking the lockdown rules to leave his child with his parents as he feared both he and his wife were developing symptoms of the coronavirus. The Irish media have followed the story with keen interest, eager to see Cummings hounded from office.

It’s not like Cummings had an urgent reason to break the rules, they say. He didn’t have a desperate need for a bag of cans and the feel of the warm grass like Varadkar did.

Miriam Lord in the Irish Times said it was nonsense to “link the Taoiseach’s relatively harmless interpretation of Ireland’s lockdown rules”  to the “seriously shabby case” of Dominic Cummings.

“The two episodes are not remotely the same,” she said. True that: one involves an adviser driving his young son a long distance to his parents house for childcare, the other is a case of the actual leader of the country having a topless picnic with the lads even as he tells everyone else to get the walk in quick and go home.

To be honest, I don’t care that much what happens in British politics, but come on: Cummings gets crucified by the press in this country as well as his own while Leo gets a warm hug for breaking the rules he set on picnics and social distancing.

The hypocrisy is staggering.

Of course, there’s a reason for that hypocrisy. And its not Covid-19, its Brexit.

Along with the election of Donald Trump, there is nothing the Irish and British media like to get upset about quite like Brexit. Despite the fact that both Trump’s election and Britain exiting the EU came about as a result of a free and fair vote, the elites and the establishment just refuse to accept that they lost.

In fact, they seem to spend all their time working themselves into a lather about the monstrous unfairness of it all. Thus we seem to hear far more about how terrible Trump is or how Boris is an awful buffoon than is strictly necessary.

The media see Dominic Cummings, not just as a clever adviser, but as literally the person most to blame for delivering Brexit – and for that there is no forgiveness and a very special reserve of hatred and loathing. Cummings is portrayed as sinister and cunning and now, having broken lockdown, they get to cast him as the personification of pure evil.

In contrast, Varadkar’s dismal handling of the coronavirus crisis, especially in regard to the appalling neglect of nursing homes, scarcely gets a mention.

Of course, an Taoiseach is also the darling of the Irish media because he delivered on abortion and loves the EU with a admiration that will brook no criticism. Thus he can break the rules anytime, and they’ll mostly turn a blind eye.

But if everyone’s running amok with outdoor parties and bags of cans this weekend, don’t blame Dominic Cummings. We’ll  just be following the leader, or rather the caretaker Taoiseach, Leo Varadkar.