How long will the new normal last? Or do we need common sense to prevail? 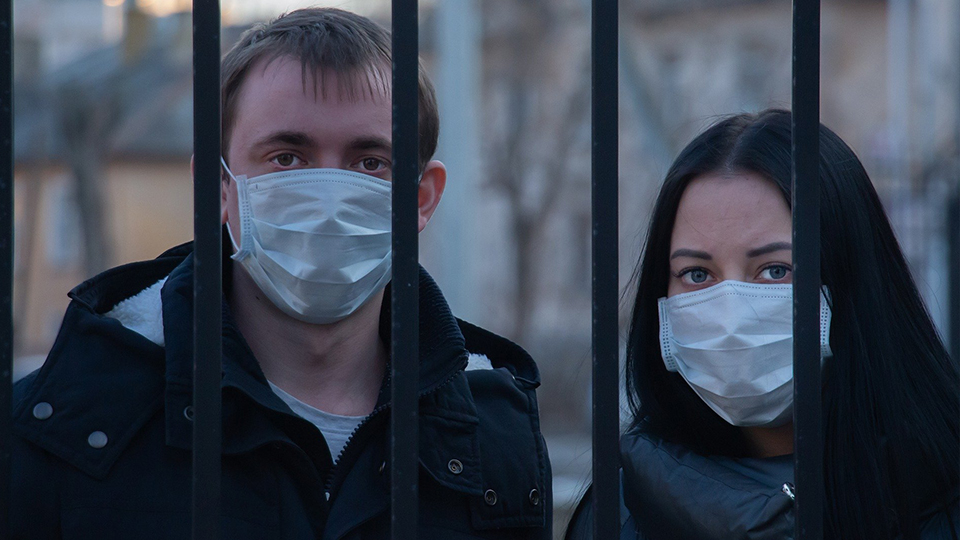 Summer 2020 is another kind of new normal.  There’s a strange feel to it like all the other resets since March 12th when the country went into indefinite lockdown. This is arguably one of the better parts of new normal

The little fishing village of Ballycotton with its signature island and lighthouse has been on the international tourist trail for decades.  This year it is as busy, possibly more busy, than ever, but the visitors are ourselves, Irish holidaymakers. Day trippers and staycationers reclaiming a former popular Irish holiday haunt. For anyone old enough to remember the way we were before package holidays and discount flights, this is like rewinding time. Coastal escapes all over the country have a different vibe this year. It seems like the only language spoken is English in a variety of Irish accents.  But there is something else, even more noticeable and refreshing. It is our trademark volubility and ease.

This is not to disparage the foreign visitors that usually throng our walks, beaches and bars.  Being away from home tends to make everyone somewhat reticent. We have an advantage because we are both at home and on holiday. We are surrounded by one another and only a car ride from our actual homes  We don’t need to adjust our watches, our diets or our habits in any way that takes us out of our comfort zone.  But then we have always been known for a certain kind of exuberance when it comes to downtime, wherever we are in the world. Where Irish people gather en masse, there is always a certain frisson. A native gregariousness or something else in the temperament or just knowing how few we are in the wide world, whatever this ‘irishness’ is, you will find it in abundance along the Irish coast this summer. For all the reforging of a new, progressive, inclusive, multi-cultural identity, that indefinable thing that always made us recognisably Irish still lingers.

This new normal might catch on. The weather isn’t negotiable but everything else is. Lying low because of rain isn’t that much more of a trial than lying low to avoid sun stroke. Some might disagree. However, watching family parties mill around with everything from fishing gear to surf boards, newspapers to bikes, sometimes in shorts and T-shirts, sometimes in jeans and anoraks, it is hard to find the naysayers, whatever the weather is doing.

The other thing we are noted for as a people is sharing our personal stories with those we chance to meet. Sharing our impressions of the odd way we are all living in these oddest of times is revealing.  We are all in it together but we are not all in it in the same way. Some of us are splashing around happily enough. Others are out of their depth, frightened and bewildered. Still others are trapped in secluded creeks waiting for the tide to turn and reconnect them to the life they knew a long four months ago. So no, this period of time-out has the quality of stolen hours in what we hope are covid free havens.

This is for many the first opportunity to mingle fairly freely with the world outside our own narrow local and family network.  Not surprisingly to find that we are largely on the same page, whatever part of the country we hail from. People are uncertain, worried about the future. They are also distrustful. Whatever experts and politicians say, the fact is we are in very uncharted water. Some  things we hear do not square with other things.

Sure, people understand the world and its experts are all on a learning curve together.  But it would help public confidence if we heard more plain truth and less spin. Leo Varadkar, to his credit, did mention in his first broadcast to the country at the beginning of the crisis that the pandemic would be followed by a time of economic reckoning that would bring its own severe challenges and hardship.  Since then, reacting to populist, leftist calls for austerity-free recovery, the government softened its message.  We were led to believe we could look forward to a massive EU package and spend our way back to old normal.

Except we couldn’t. New normal didn’t mean the suspension of the old economic principle that there is no such thing as a free lunch.  The rescue package that Micheál Martin brought back from Brussels carried a sobering price tag. Something the politicians (and more culpably mainstream media) did not want to focus on.

That deal was a sharp reality check for anyone who needed it. But in fact most people know that reality and rhetoric have been running along separate tracks on other fronts too.  Keeping up morale is indeed important at times of crisis, but sometimes it is just healthier to tell unvarnished truth. Our children’ lives have been upturned – some perhaps irreparably so. Family life has been cast lose to fend for itself as best it can. Some do better than others because some families are better resourced.  Radio phone-ins uncover something of the harsh realityy and struggles of ordinary peoples’ lives.

Before the pandemic locked up so much of our health service, three thousand children were awaiting psychological and psychiatric assessment. That was considered unacceptable then. Today, all those children and many more are dealing with whatever issues school closure has added to their store of problems. Schools and other child services simply must get back on track as a priority. Yet, assurances that all will be ready for safe school re-opening in September seems scarcely credible. The logistics of extra staff, extra space and extra school transport is a mind boggling project if we were talking about a deadline a full twelve months from now. I have yet to meet anyone who thinks it can happen or happen safely in five or six weeks. It sounds a bit like the Irish backstop. “It will all work out,” we are assured, but no one can say exactly how.

Talking about getting businesses up and running again as if it was only a matter of a once off cash injection or temporary tax relief is as unconvincing as the pledge to open schools under covid safe protocols in five or six weeks. People don’t buy it. They see jobs vanishing before their eyes as businesses re-configure in order to survive in a very different environment. They see closing down sales and ‘seasonal’ sales that look much the same as closing down sales. They see how social distancing requirements for staff as well as customers has reduced staffing needs across a wide range of businesses. People working in theatres and orchestras wonder how their very professions will survive, let alone their jobs.

One thing we know about the covid virus is that it is thrives where people congregate, where they work or live at close quarters. Schools as they have been run to up now are probably the most dangerous places of all, even allowing for the fact that younger children appear to be unlikely to contract the disease. That is why other densely occupied institutions remain in lockdown. Again, the impact on mental health and emotional well being of those concerned cannot be underestimated.  We all know someone in residential care.  Many have spent the last months of their lives separated from their loved ones.

Others are not old but mentally ill. Just imagine what it means for them to be incarcerated, cocooned is too euphemistic, for four months, missing summer, missing stimulation, missing exercise, missing visitors?  And perhaps most vitally missing therapy in many cases too.

Like the father of an autistic child who voiced his desperation to Newstalk’s Ciara Kelly (and was roundly berated for it), people are asking if we are sacrificing quality of life to an absurd and untenable point to keep a small cohort of vulnerable people alive? Ask the grandparents and great grandparents you meet this summer if they want to keep their grandchildren and great grandchildren out of school a moment longer in order to protect people like themselves and they will give you an unqualified ‘no’.

Of course it is not quite so simple. There is an almost wilful randomness about the way this virus strikes. Some young and otherwise healthy people, even small children and a small number of infants have died from covid 19. Yet, across all countries the median age of casualties is strikingly old, not just elderly, decidedly old. We didn’t know that when we locked down the world but now we do.  Is it not possible for our advanced world to live with a new threat to life we cannot yet tame, try to manage it as best we can, and let life continue its wonted way? Do we actually have a choice anyway? A world without education and economic activity is fast becoming a greater threat at this point surely? Or is it?  Do we have to release the brakes before we know just how awful this disease really is?

If we didn’t lock down as we did would we have reached the nightmare statistics that Leo Varadkar posited in that first address that so gripped the nation? Do the statistics from Sweden, worse but not that worse, encourage a loosening of restrictions? Maybe the more socially distanced Swedes in their sparsely populated country are not an appropriate model for us? Maybe we should take caution from a country like the Czech Republic that introduced mandatory face covering from the start of the pandemic with impressive results but now finds itself dealing with a second wave? We could look at Slovakia, a country our size and with our population, who lost only 28 of its citizens to the virus but at the cost of turning the country into a fortress with hermetically sealed borders and ruthlessly enforced lockdown?

The fact is there are no clear templates. The only thing we can be sure of is that normal life carries risk. But realistically how much longer can we live with abnormal ‘new normal’ before the social fabric itself is endangered?

People have forgone so much that makes life good: celebrations for major life events, theatre, cinema, socialising, sport, travel. They have lost livelihoods or businesses or see them threatened. We are indeed in a storm. Steady and calm leadership is not enough. We need more of the plain common sense you can hear on every holiday village in Ireland as the country shares its experience and the wisdom it brings.

Maybe in this brave new, woke world of our time we have to learn that life like nature itself is not perfectible and there are some things we can’t fix?

EU to Ireland: Mandatory Quarantine might be illegal, chappies

MATT TREACY: Irish history – not just our statues – is under threat