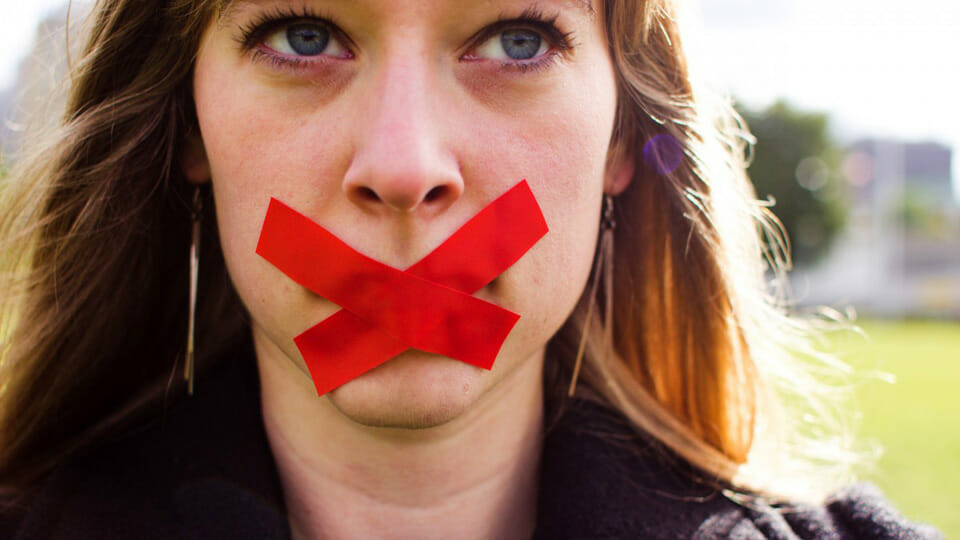 On Thursday 24 October, the Government formally signalled its intention to introduce draconian hate speech legislation in Ireland. As was the case with many people, I felt a sudden alarm that our fundamental inalienable human right to articulate opinions and ideas was going to be removed, so I took to Twitter to ask people if they would be available to attend a free speech rally to coincide with the end of the free speech consultation period in December.

The response was very positive with over 500 people saying they would be available to attend, I also tagged several conservative voices to this tweet, and asked for their support, because free speech is not an issue that should divide us, it is an issue that should unite us. The responses I received were unexpected and my surprise probably illustrates, again, how new I am both to social media and to the fight to protect our freedoms.

I received both private and public messages which informed me that attendance at the rally was dependent on whether other people were attending. A common thread was that if someone’s views were held to be extreme and they were attending the rally, then that would mean the person messaging would not attend.

Others private messaged me to say they would not “stand in the same crowd” as X, Y, or Z. Some went so far as to phone me to query whether there was a “possibility” X could be in the crowd on the day. Each time someone tried to insinuate that a particular person should be blocked from attending the rally, I tried to explain the irony of their request. The purpose of the rally was to advocate freedom of expression for all and everyone appeared to agree with this position, provided “all” did not include people they disagreed with on certain topics, or simply did not like.

The Left are far more successful at recognising that they can effect change if they stand together as one united loud voice, rather than several fractured voices. A good example of a movement with different agendas that managed to unite is the LGBTQ movement. This movement consists of several different groups who do not all hold the same views or visions, yet when they see an opportunity for change, they unite and speak as one coherent voice. Why are we so reluctant to do the same?

If we are to have any hope of winning this fight, we must be prepared to set aside differences and dislikes. We do not have agree on everything. We can and should come together on issues of commonality. If we fail to do this, the Left will not have beaten us, we will have beaten ourselves and when we wake one morning to find that we no longer have the right to express disagreement on an issue of contention, or against a person of a different race, ethnicity or religion, know that we were complicit in allowing this right to be removed as we could have done more.

Guilt by association is a tactic currently being employed by the Left with great success. Standing in the same crowd as another person does not mean you have any affiliation to their political party or that you agree with their views on other issues. If we do not learn these simple lessons, we have lost the fight. I would share a platform with anyone in the fight for free speech, because free speech is the right that underpins all other freedoms. I am the author of my thoughts and words and I will not relinquish this right to a tyrannical overreaching government.

That’s why I am supporting the Free Speech Rally outside Dáil Éireann on Saturday 14th December 2019.  This is a silent, nonpartisan rally, and there will be many speakers to encourage inclusivity. Together we stand, divided we fall.

Tracey O’Mahony is a Barrister-at-law